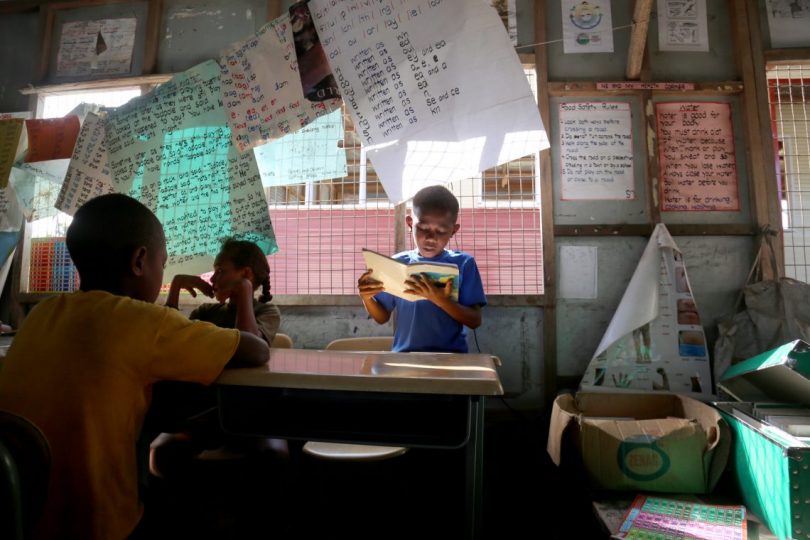 As a parent it’s hard to accept that so much of our children’s lives are largely beyond our control. We send them off to school with the hope that their teachers will nurture their learning, and ensure they feel safe and cared for. With most Australian schools having banned corporal punishment, it’s a reminder of how far we’ve come in eliminating the risk of physical harm from our classrooms.

Unfortunately for many children in the Asia Pacific, getting hit, pinched, slapped, beaten or kicked by a teacher is still a too common occurrence. In Papua New Guinea (a country closer to our shores than New Zealand) children are often physically punished at school – the very place where they are supposed to feel safe to learn and play.

Despite the gathering strength of a global movement to ban it, corporal punishment is still routinely administered in schools in many countries in the Asia-Pacific region. This is despite the overwhelming evidence that physical punishment in schools inhibits learning and can be harmful to a child’s physical and mental health. As key indicators of schooling improve in these countries, thanks to domestic investment in education and international aid initiatives, corporal punishment remains an entrenched problem.

Here in Australia, corporal punishment has been removed from our classrooms through strong legal measures, coupled with a social and cultural shift away from techniques of classroom management which rely on physical punishment, to alternatives such as positive discipline. But for countries like Papua New Guinea, which have committed to changing policy to prohibit corporal punishment, official policy change alone has not been enough.

A baseline survey completed in 2018 by ChildFund Australia reveals that in one region of PNG’s Central Province, over 80% of children reported experiencing corporal punishment. Many of these children reported going to school in fear of being smacked by their teacher.

In many of our neighbouring countries, the acceptance of corporal punishment and its place in the classroom is deeply embedded in generations of families and teachers – just as it once was here in Australia.

Breaking the cycle requires changing attitudes and cultural norms, while also adopting and accepting a new, unfamiliar approach to discipline. If we are not able to break this cycle of physical abuse in the classroom, another generation of children will grow up accepting that violence is okay and may be relied upon as a means to resolve future challenges later in life.

Papua New Guineans say that they are deeply dissatisfied with the way their society and their communities handle conflict and the ready resort to violence. Many, however, are yet to be persuaded of the link between violence directed at children at school and in the home and broader, social issues.

ChildFund staff on the ground in PNG believe that the cultural acceptance of hitting kids in the classroom can be overturned through sensitive community education and by giving teachers new tools for discipline through contemporary teacher training programs. These initiatives work to reduce corporal punishment by educating teachers about the negative effects of physical punishment on children, and offering them alternative approaches to use in classroom management.

It is heartening to watch children benefit from learning in environments where they feel safe and valued, have access to high quality educational materials, and have the support of thoughtful teachers who care about their wellbeing. But reducing the incidence of corporal punishment will take time, patience and greater investment – in teacher training programs, establishing School Boards of Management, and encouraging greater parent involvement in school administration.

It won’t happen overnight – as was the case in Australia last century. But eliminating corporal punishment in schools is not an insurmountable task, as our experience at home shows. I look forward to a day soon when children throughout our region can go to school without fear.

Richard Geeves is a Senior Education Advisor at ChildFund Australia