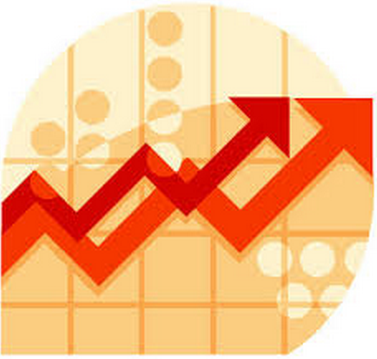 Does democratic governance deliver economic dividends? Even if it didn’t we might still have cause to think democracy was worth it. After all, it seems fair to let people have a say in shaping the rules that govern their lives, and there is some evidence to suggest that democracy delivers important non-economic benefits. Nevertheless, the question of democracy’s impact on economic growth is an important one; at least up to a point wealth is an important component of welfare. And until recently the most influential studies in economics suggested that democratic governance has not been growth enhancing. In particular, sophisticated econometric work by conservative economist Robert Barro showed, or appeared to show, democracy having a small average negative effect on growth, everything else being equal. Barro’s work wasn’t the final word on the matter. Empirical work by political scientist John Gerring and co-authors found that in the long run democracy was probably growth enhancing, and at least one, more recent, econometric study suggests democratisation improves subsequent economic performance. Yet, for the most part, empirical work post-Barro has failed to find a positive causal relationship between democracy and growth. And this, coupled with the recent spectacular economic performance of China, has been enough to suggest to many observers that, however nice it may be, democracy is no better, and maybe even worse, than autocracy in generating growth.

All this might be about to change though. Daron Acemoglu, Suresh Naidu, Pascual Restrepo, James A. Robinson (hereafter ANRR) have a new NBER working paper (ungated link here) that (very) carefully analyses the evidence. It’s findings are handily summed up in a blog post by Acemoglu:

Our baseline estimates suggest that a country that democratizes increases its GDP per capita by about 20% in the next 20-30 years. Not a trivial effect at all.

In all, the evidence seems to be fairly clear that democracy is good for economic growth.

Why? This is a harder question to answer. Our evidence shows that democracies are better at implementing economic reforms, and also increase education. They also probably increase the provision of public goods (though the evidence here is a little less robust).

Their analysis is, as I said, very careful work. And this is crucial because there is a long list of technical challenges lying in wait for anyone who wants an empirical answer to questions of democracy and growth.

Foremost of these is the issue of causality: there is actually a fairly clear positive correlation between democracy and GDP per capita. Yet this tells us little. It might be that democracy is causing increased wealth; on the other hand it might be that increased wealth increases countries’ propensity to democratise. Or it could be that something else altogether — some cultural factor, perhaps — is influencing both wealth and governance. Time series data can help here: fixed effects models can be used to control for some confounding variables, and if countries democratise and subsequently experience higher growth this would suggest democracy was causing improved economic performance. Yet even here there are issues. Democratisations are often precipitated by economic crises. While, at the same time, countries often experience faster growth as they recover from crises moments (as idle factors of production get pulled back into the economy). Together these two facts mean that even if we find faster growth in the immediate wake of democratisation, we shouldn’t conclude that democracy caused it.

ANRR have a very impressive set of solutions to these problems. In the first instance they work with time series data, adding to the usual set of controls for other confounding variables measures of pre-democratisation economic performance — addressing the problems associated with economic crises often leading to democratisation. They also make use of a form of propensity score matching (as I, imperfectly, understand it, in this instance determining the probability of individual regimes democratising and then, in effect, comparing the economic performance of countries that actually democratised with those that didn’t amongst sets of regimes that were scored as equally likely to democratise). And they make use of a clever instrumental variable strategy, which draws on the fact that democratisation tends to occur in regional waves, to control for reverse causality.

Taken together these approaches provide convincing evidence that, on average, democracy is good for economic performance. Although — caveat lector — my own knowledge of the methods they use is weak enough that before I decide that what they’ve done is robust enough to be conclusive, I want to see the work appraised by others much more qualified than I. Nevertheless, it seems fair to state that, for the time being, the best available evidence suggests that, on average, being a democracy is good for economic growth.

Terence Wood is a Research Fellow at the Centre for Democratic Institutions at ANU. Previously he worked for the New Zealand government aid program.