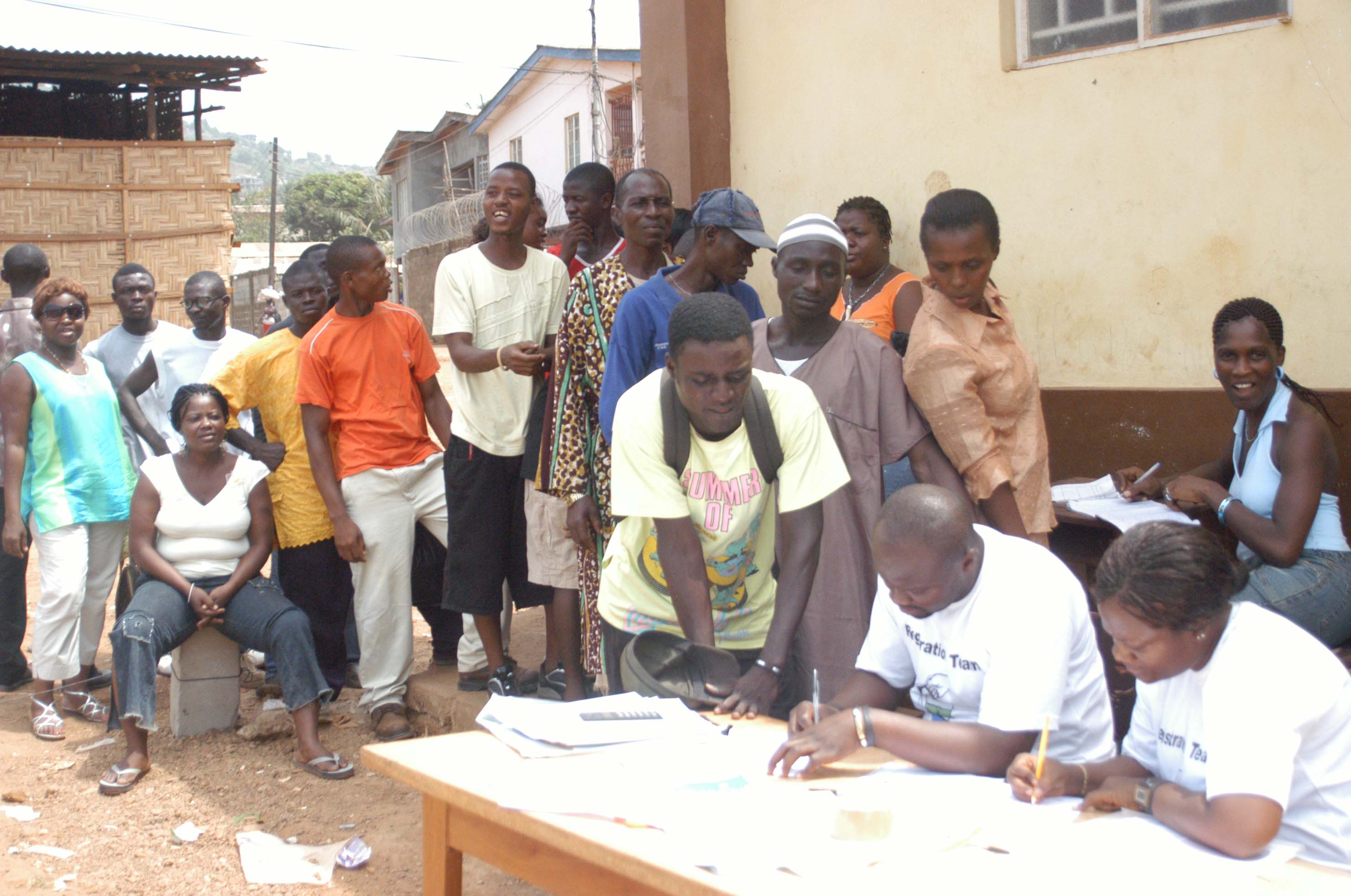 Unresponsive and ineffective governance is a barrier to peace and prosperity around the world. While the nations of the Middle East are just beginning to grapple with popular demands for democratic reform, a similar wave of democratisation that began in the 1990s has already transformed the political landscape in Sub-Saharan Africa.  By 2006, nearly every state in the region had emerged from protracted periods of authoritarian rule and violent civil conflict to declare some form of democratic governance.

Freedom House reports that fewer than ten of those states are actually free, and many more are currently at a crossroad in their democratic development.  The West African Republic of Sierra Leone, listed by Freedom House as ‘partially free’, is one electoral democracy about to be tested.

Democracy has a very short history in Sierra Leone. On November 17, Sierra Leoneans will democratically elect a president and 112 members of parliament for just the third time since gaining independence in 1961, and after enduring 40 years of predatory politics, periods of military rule and a decade of brutal civil war that finally came to an end in 2002. Sierra Leone is now a Commonwealth nation in good standing with a promising electoral democracy. Freedom House credited Sierra Leone’s national elections in 2007 as free and fair and, despite a close presidential race requiring two rounds of voting, power was peacefully transferred . Nevertheless, the upcoming elections may prove to be the most critical to date.

Politics in Sierra Leone is dominated by two major parties: The All People’s Congress (APC) and the Sierra Leone People’s Party (SLPP). Both parties were created around the time of independence and have a long history of political violence. Each is dominated by one of the countries two largest ethnic groups and supported by more than a dozen other ethnic groups that take their political cues from traditional alliances of ethnicity and geography. The Temne and the APC dominate the northern half of the country, and the Mende and SLPP control the south. The capital city of Freetown is in the West and is populated by a mix of the major ethnic groups. The current President, Ernest Bai Koroma, is a Temne and the leader of the APC. His opponent is retired Brigadier General, Julius Maada Bio, the new leader of the SLPP.  Maada Bio was the military Head of State in 1996 following a coup d’état that ended when he relinquished power to civilian President Ahmad Kabbah a few months later. Narrowly defeated in 2007, the SLPP believes their turn to lead is overdue.

Sierra Leone has a unicameral parliament with 124 seats, of which 112 are elected by plurality vote and the remaining twelve are reserved for Paramount Chiefs elected by the chiefs in each of the country’s 12 districts. The Freetown Peninsula and the remainder of the country have been socially and politically divided for more than two hundred years. Freetown was the affluent political, economic and intellectual capital. The remainder of the country essentially labored on its behalf as members of the British protectorate and later as a domestic source of revenue from diamonds and other natural resources. The SLPP was founded by the sons of protectorate chiefs who managed to strong arm their way into power-sharing arrangements with the various political entities that controlled Freetown. In contrast, the APC gained power gradually by challenging the traditional authorities and organising young people to stand against abusive chiefs. Today, the Paramount Chiefs are supposed to be politically neutral but are known for taking sides.

The two presidential candidates also have very different pasts. President Koroma is a former insurance executive who had no political name recognition when he became active in the APC in 2001. Since becoming president in 2007, his major priorities have been open government, improved health care, infrastructure and anti-corruption initiatives. Koroma is widely respected as a proponent of democratic reform. However, his critics characterise his government as corrupt and out of touch with its citizens. His administration was denounced last year for imposing a ban on all political rallies after a series of violent clashes between the APC and SLPP. The ban was lifted three months later.

Maada Bio is a retired Brigadier General who holds a masters degree from American University.  He describes himself as a father of democracy in Sierra Leone, a reference to his motives for assisting in the military overthrow of APC President, Joseph Momoh in 1992, and military Head of State Valentine Strasser in 1996.  He handed power to an elected SLPP civilian president that same year.  There are conflicting reports in Sierra Leone newspapers about Maada Bio’s past. Many describe him as having a violent temper and allege that he was recently denied a visa to visit the United States due to his links with the extra-judicial killing of 29 people when he was the military Head of State. These allegations should be believed with caution however as newspapers in Sierra Leone tend to be mouthpieces for the various political parties and Freedom House categorises the media as only partially free. Also, Maada Bio did play a role in ending more than two decades of single-party APC rule in Sierra Leone in 1992.

When I visited Sierra Leone this time last year, I interviewed numerous political stakeholders throughout Freetown. Tensions were already beginning to build in anticipation of the election and the prevailing opinion was that it would determine whether or not Sierra Leone remains a progressive democratic state. What makes the election so critical is not that both parties are determined to win, but rather that both are determined not to lose. It appears likely that President Koroma will win a second term, although he only won the last election with a little over 54 percent of the vote, and the SLPP reluctantly acquiesced after some initial protest. This time, the winner must achieve a clear majority under free and fair conditions to avoid a potentially violent confrontation.

The Republic of Sierra Leone is a rising star and a potential model for new democracies among post-conflict states. The results of the upcoming election are an important barometer of changes to come, with far reaching implications for all aspects of development in the region.

Greg Rublee is a PhD Candidate in the School of Politics and International Relations at the Australian National University investigating the role of international NGOs as agents of normative change and their contributions to political reform in post-conflict states.  He recently completed field work in Freetown, Sierra Leone.

Greg Rublee is a PhD Candidate in the School of Politics and International Relations at the Australian National University investigating the role of international NGOs as agents of normative change and their contributions to political reform in post-conflict states.