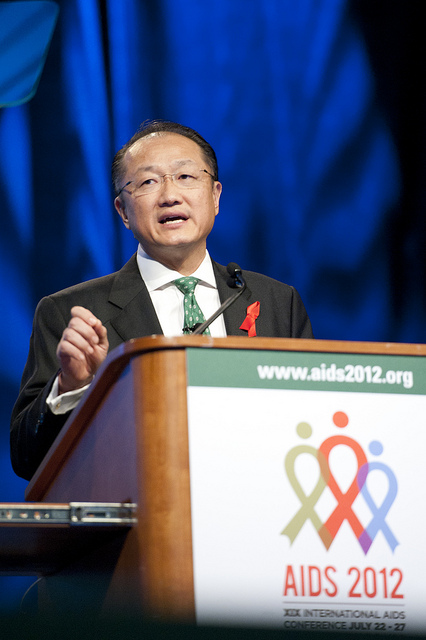 The UN Secretary-General Ban-Ki Moon announced the members of a High-Level Panel to shape the Post-2015 development agenda. Indonesian President Susilo Bambang Yudhoyono, Liberian President Ellen Johnson Sirleaf and the UK’s Prime Minister David Cameron were appointed as co-chairs. They will work alongside 24 other panel members (no Australians) to develop a practical development vision. A report is expected to be submitted in the first half of 2013.

Shocking statistics of mortality and malnutrition from South Sudan

The crisis in South Sudanese refugee camps continues to escalate as food shortages increase and sickness spreads. Médecins Sans Frontières reports that since June the death rate in the large Yilda and Batil camps are double the emergency threshold, with an average of five children dying each day in the Yilda Camp. The UN’s humanitarian arm has announced US$20 million in further funding. The World Food Program is continuing to appeal for more funds.

The 19th International AIDS Conference was held from 22nd to the 27th July in Washington DC. An emphasis was placed on shifting the AIDS research focus from fighting AIDS to ending it. This follows the recent launch by the International AIDS society of a global strategy towards finding a cure for the virus.

World Bank President Jim Yong Kim addressed the conference (the first time for a president of the World Bank Group), stressing the possibility of, and the Bank’s commitment to, finally developing a cure.

A debate involving Jeffery Sachs and others on whether money spent on AIDS research could be better directed to more cost-effective health interventions can be found here.

The next International AIDS Conference is due to be held in Melbourne in 2014.

The World Bank has announced a new Information and Communication Technology (ICT) strategy to assist developing countries in expanding their growth and competitiveness. The 2012 Brookings Blum Roundtable recently held in Colorado followed this agenda with the theme of ‘Innovation and Technology for Development.’ The meeting examined the role of mobile money and its use in Kenya. Participants have developed videos (available here) discussing their views on innovation and technology for development.

For further discussion on the use of mobile money as an ICT initiative, see World Bank blog posts (here and here).

The World Bank has announced that another world food crisis may occur. Of particular concern is the 50% rise in wheat prices since June last year and the 45% rise in the price of corn. This is due to drought in the USA and heavy rainfalls in EU producing countries. Concerns have also started to develop around the USA’s soya bean harvest as the y are the world’s largest exporter of soya. Experts are worried about the impact such a crisis will have on the World Food Program. For details on the food crisis occurring in the Sahel region of West Africa see here.

Migration is good for you

A new NBER working paper by Francesc Ortega and Giovanni Peri finds that migration not trade boosts per capita income in developed countries. (If you can’t access NBER papers, a similar working paper is available here.)

There have been cuts in international aid to Rwanda following a report by the UN Group of Experts on DR Congo accusing Rwanda of backing the M23 Congolese rebel group in the eastern part of Rwanda. The governments of the Netherlands, the United States, Germany and the UK have all suspended and/or cut their funding. The Rwandan government, which has long been a “donor darling” for its impressive economic reforms and performance, refutes the allegations.

The ADB has released a new report on social pensions and the elderly which suggests that social pension schemes providing even a small amount of assistance go a long way to reducing poverty.

The Overseas Development Institute has released a background note on the role of the corporate sector in international development.

Nancy Birdsall and the Centre for Global Development have released a new report on the future role of the WB. For further discussion on the long term use of aid see Stephen Howes’ post on aid as a source of financing for international public goods.

In a recent interview with Mark Ashurst, the head of DFID, Mark Lowcock, highlighted the agency’s drive for ‘value for money.’

A new report has been released by the Canadian International Development Agency listing Somalia as the world’s most fragile state.

An announcement was made jointly by the US, UNITAD and the Bill and Melinda Gates Foundation to reduce by 40% the cost of a newly developed rapid diagnostic test for tuberculosis.

Sophie Roden is an intern at the Development Policy Centre.