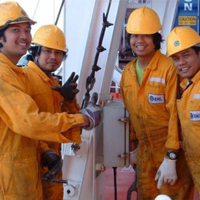 My first choice of reading over the Christmas break was Mockingjay, the third book in the Hunger Games series. Unfortunately, my teenage son nicked the book and wouldn’t let me have it, so I had to fall back on the obvious second choice – a book by The Asia Foundation, Built on Dreams Grounded in Reality, about economic policy reform in the Philippines. It is a fascinating book about revolutions, heroic actors and wicked elites (yes, I’m talking about The Asia Foundation book, not the Hunger Games!), and I think it has important implications for the way in which we operate an aid program in an integrated DFAT.

The bulk of the book consists of a series of case studies of reform including:

You can read the details of the individual reform cases that might interest you. What particularly interested me was the way in which the reforms took place and the lessons that we might learn for our own programs in Indonesia. The key lessons I drew from the case studies were:

History matters. One of the pleasures of the book was that most of the case studies take a detailed look at the history of reform in their area of interest. They lay out in each case what reforms were tried, by who, which ones succeeded and why, and which ones ran aground and why. In most cases the history of attempts at reform spanned at least 20 years. Having this historical perspective matters, because one can start to see the patterns for why the reforms were successful (because they learnt from previous failures or because the external circumstances had changed) or not.

The need for development entrepreneurship. The main message throughout the book is that reform requires local ‘development entrepreneurs’ (the final chapter focuses exclusively on this idea). Development entrepreneurs are embedded local individuals who have a deep understanding of both the issue at hand and the incentives and motivations of the constellation of local actors in the sector. The book argues that all of these reforms took place because of a constant process of facilitation, cajoling and exploration by locally embedded actors; none of them took place because a policymaker simply implemented a plan provided by foreign technical advice (although several of the reforms drew on foreign technical expertise at key stages).

Leadership and coalitions. Some of the reforms happened because a government champion led the process and pushed the reforms through (e.g. the water privatisation and the civil aviation reforms). But in most cases the reforms involved a complex web of actors, including key figures from the executive, legislative and judicial branches of government, as well as key private sector and civil society actors. Building and strengthening reform coalitions was the key to success.

Learning from failure. One of the things I like about the book is the inclusion of two case studies of failed reforms – in rice marketing and internal revenue reform. Both ADB and USAID projects to reform the National Food Authority failed, in part because they didn’t take into account the powerful political actors who benefit from the NFA’s status quo. Similarly, Fabella and Chua document multiple efforts to reform the Bureau of Internal Revenue, all of which failed. In part this was because of the resistance of front-line tax collectors who, by restricting revenue flows, can put pressure on BIR Commissioners with shorter political time horizons to abandon reforms.

Balancing the technical ideal with the politically feasible. Some of the failures resulted from donors pursuing a “technically ideal” solution in preference to a second-best politically feasible one. For example, a World Bank land-titling reform project attempted to cover the whole country, but this meant that it touched upon contentious issues of rural land reform. By contrast, the reform of residential land titling through the Residential Free Patent Act was successful precisely because it restricted itself to a politically feasible reform of the one third of titles that pertain to residential areas.

Implications for the way in which we do business

I see several lessons that we might draw from this book for our own programs:

Reform versus delivery. One of the striking things about the book is that none of the interventions have anything to do with the actual delivery of goods or services. Rather they focus on reforming the incentives and systems to enable Filippino actors to deliver those services. Our program has already moved some way in this direction – but it could go further. The focus of our efforts going forward should be to support reforms that catalyse Indonesian actors to deliver – not the direct delivery of public goods and services ourselves.

Understanding history and the lay of the land. Most design documents have a short section that talks about previous efforts in the sector and/or the programs of other donors.  Relatively few provide much more than this. Going forward, I would love to see every design provide a much more detailed ‘political economy’ analysis of the key actors and their incentives, as well as a brief history of reform in the sector.

Acceptance of failure. One of the things that jumps out of the reform stories is that the outcome was highly uncertain when the process was started. This runs directly counter to our typically rather risk-averse approach to aid programming, which tries to dot every ‘i’ and cross every ‘t’ before we begin. How can we strike the right balance between ensuring that programs are well prepared, whilst encouraging risky but high-payoff reform efforts?

Flexibility of programming. Similarly, very few of the reform efforts described in the book had a clear path for reform at the outset. Rather, finding technically appropriate and politically feasible reforms was an iterative and exploratory process. How can we ensure that our designs have the flexibility to learn as they go along and change the nature of the intervention accordingly?

New ways to measure results. Precisely because of the iterative and exploratory approach taken, measuring results is difficult. How do we design M&E systems to ensure that we track progress and results, whilst allowing flexibility in the ways in which they are achieved (see the DCED Standard for one approach)?

Avoiding hot water. Finally, one of the challenges of more “politically informed” ways of working is that it runs the risk of accusations that we are interfering in local politics. (See Tom Carrothers and Diane de Gramont’s recent book, Development Aid Confronts Politics: The Almost Revolution, on the history of how donors have “worked politically”.) Of course it will not be a surprise that a book by The Asia Foundation suggests that the most effective way of addressing this is to provide grants to large, locally embedded NGOs. But it does reinforce the good sense of programs that attempt to create and build the capacity of local politically savvy intermediaries.

The Development Policy Centre hosted an event in late-2012 at which representatives  from The Asia Foundation summarised the findings of this book. You can see details of the event here, and watch a recording here.

Neil McCulloch is the Lead Country Economist for the Australian aid program in Indonesia. The views above have been expressed in a personal capacity and do not necessarily represent the position of DFAT.