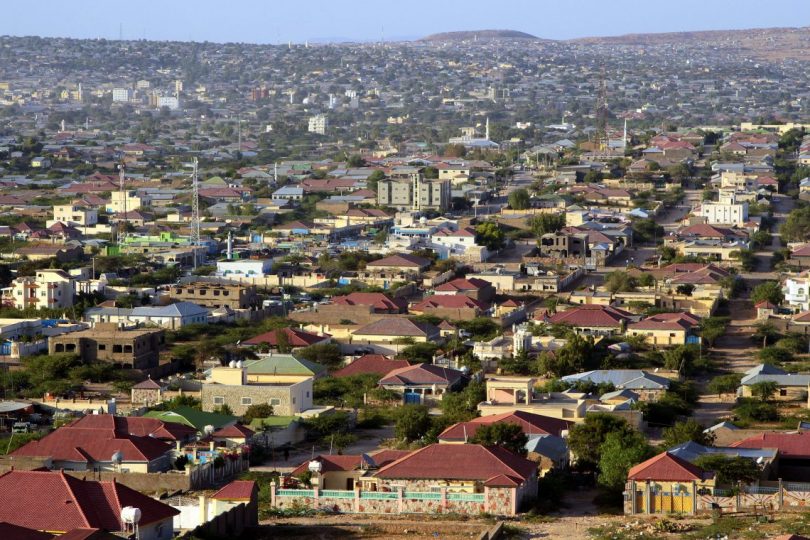 A not-infrequently heard lamentation of maudlin government advisers and aid managers revolves around the notion that ‘they really couldn’t do without us.’ The ‘they’ are the ministers, senior bureaucrats and functionaries of the ‘partner’ government in the country in which aid is delivered. Sure, ‘they’ might not exactly seem that engrossed in our training programs and pay dilatory regard to the implementation schedule of ballyhooed MOUs but, when push comes to shove… 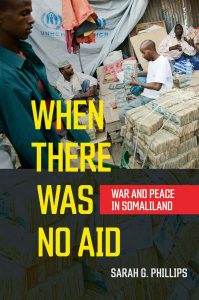 ‘They really could’ and ‘your role is less significant than you think’ are the messages that Sarah G. Phillips delivers in this tightly written and deeply researched monograph, When There Was No Aid: War and Peace in Somaliland. To frame governments through prisms of ‘fragile states’ and ‘governance reforms’ is misguided, she writes. It means that the focus is on the meniscus and not on the depths underneath: relationships, incentives, histories, power, resources, emotions and memories of a past still not passed.

The focus of Phillips’ stimulating book is Somaliland, the northern segment of Somalia. The region is, to all intents and purposes, self-governing and independent, but no member states of the United Nations recognise it as sovereign. It’s unlikely to join the club of nations anytime soon.

International attention on Somaliland was particularly slight in the 1990s, during which time the region started to break away. In that decade, the United Nations and United States spent US $4 billion on fruitless military operations and lavish peace conferences on Somalia while the equivalent of 0.0025% of that sum was spent on similar (and more fruitful) peacebuilding efforts in Somaliland.

This was a splendid isolation, argues Phillips, an associate professor of international security and development at Sydney University. It gave Somalilanders ‘the freedom to cherry-pick from local and international institutional governance models and to experiment with what was seen as likely to work given the local context.’ In not having irksome advisers, donor roundtables or heads of mission hawking programs developed far-far away, Somalilanders had the time and space to shape unencumbered their own political settlement and governmental arrangements.

Phillips is clear-eyed that there is nothing particularly inclusive and right-on in either the manner in which this process unfolded or its result. Somaliland is far from the idealised Weberian state as imagined in documents from the OECD DAC or development donors. It has many elements of a pact made between the entity’s political and business elites, such as elements of co-option, tax concessions, clan politics, patronage, monopolistic commercial practices, looking the other way, and various leadership manoeuvres that might euphemistically be termed ‘savvy’. But the result is that Somaliland is peaceful and self-sufficient.

There are other intriguing ingredients behind Somaliland’s relative success, none of which fit within a technocratic frame. Firstly, the elite all went to the one secondary school, forging trusted personal relationships with each other through the old school tie. As Phillips writes, that’s not unusual in itself – look at how many British Prime Ministers went to Eton. But it indicates the finely threaded personal connections that animate politics. Secondly, apprehension of conflict returning helps keep the peace. Coming from Northern Ireland originally, this observation resonated deeply with me. We may harrumph about our politicians, but few people wish to go back to the time before our peace agreement. Similar sentiments are expressed in Bougainville and Timor-Leste too, mitigating apprehensions about government performance.

Somaliland remains disconnected from international aid architecture: it is not eligible for and can’t access World Bank or IMF financing. Because of an arms embargo on Somalia, anyone looking to join its police service has to supply their own weapon. Things are changing somewhat. Phillips writes that the donor presence in the capital, Hargeisa, is now extensive and with many familiar attributes such as ‘processions… of workshops and capacity building seminars’ and talk about co-ordination, but little of it in practice. When Somaliland leaders ask UNDP to build a couple of secondary schools in the mould that they attended, they are offered a slew of short-term training courses instead. Still, one gets the impression that the Somaliland leaders are no pushovers.

The book’s short conclusion, entitled ‘why aid matters less than we think’, poses bracing reflections for development practitioners and scholars. One of Phillips’ most salutary but hard to answer questions is whether development aid – framed in terms of ‘country-based’ programs with domestic-focused solutions – can tackle transnational concerns that go way beyond the boundaries of the state itself. It’s an issue we’ll be touching on in a forthcoming ‘Memorandum of Understanding’ podcast in relation to climate adaption programs.

Such a book could have struck the high-handed tone of a polemic. It doesn’t, and that owes to its careful and polished style and also the occasions where the author inserts herself into the narrative. Phillips emerges as curious, respectful and humble, thanking her interlocutors for answering so generously questions other researchers have asked before. The book has been garlanded with extensive praise already and deservedly so. Kudos also to the Development Leadership Program and Australian Research Council, who funded the research.

Phillips’ work also shows how difficult it is to do proper political economy analysis – as this is – in short order. This absorbing book is the product of ten years of research; many development donors would ask that such analysis be dashed off in a couple of months.

Who will read this book? Academics and students of the Horn of Africa, development, international relations, hopefully a good swath of the discerning readership of this blog.

Who should read this book? Advisers and aid managers tipsy on hubris and naiveté. As Phillips shows, all of us involved in international development are less important than we think. We are the meniscus and should never forget that.

Gordon Peake is a Visitor at the ANU's School of Regulation and Global Governance (RegNet) and the author of Beloved Land: Stories, struggles and secrets from Timor-Leste (2014). He is the host of the podcast 'Memorandum of Understanding'.