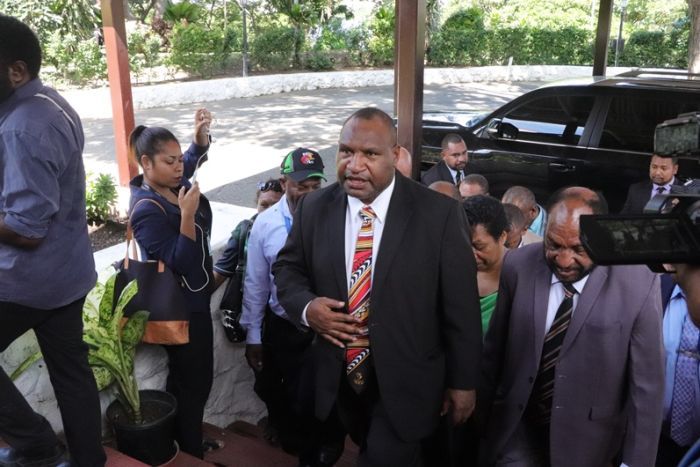 I join the rest of the country to congratulate you on your election as the eighth Prime Minister of Papua New Guinea.

I’ll skip most of the pleasantries as I believe you have had a bucket full of them by now. Please allow me to get straight to my message to you.

Prime Minister, you are taking the baton of leadership at a difficult time when our country is in a critical condition. The economic turmoil with the fall in income and rise in public debt, increasing law and order problems, and lack of basic services are amongst the many development challenges we are facing.

Prime Minister, your message to “take back PNG” and transform it to be the “richest black Christian nation on earth” brings so much hope and a sense of direction for the country. I am one of those hopefuls, who, in the following passages, would like to put up some sign posts on the side so that you can achieve that goalpost for us all.

Like you, many before you had jubilantly entered this most coveted office with so much passion, vision and energy, but regrettably left without achieving much. They meant well and started well, but lost their path and got stuck in what I call the “Waigani swamp”.

May I take this opportunity to draw your fresh attention to the Waigani swamp and swamp-dwellers that continue to undermine service delivery, sap energy, steal dreams, manufacture inertia, and stifle development. That swamp is the “weak bureaucracy” which comprises of (a) institutions (swamp) and (b) public servants (swamp-dwellers).

The bureaucracy is the fulcrum of the government, for without it nothing gets done. It is the lynchpin for the change that you envisage. It is the main driver of your new government’s policies. It can propel you forward toward successes or bog you down in failure.

Unfortunately for you, Mr Prime Minister, while they are still plenty of good, hard-working bureaucrats who fight against the odds, as a whole the bureaucracy that you are inheriting is weak and dysfunctional. The theme “take back PNG” is the clarion call we all share, as it truly reflects the sick state of our bureaucracy and the need to restore it. It needs immediate treatment, but not without proper diagnosis first. As medical practitioners would attest, it is a cardinal sin to offer treatment without first diagnosing the disease itself.

Curing the democratic deficit, fixing regulatory fragilities, cutting out red tape to restore institutional efficiency and agility, realigning policy and institutional coherence, and reinvigorating public servants’ sense of duty and improving their performance, are among the mammoth tasks ahead. It will require a pruning exercise. Pruning is always painful, but the health of our young democracy depends on it.

I am a strong advocate for institutional governance, for it is the institutions that run a country. Transient occupants of the office like yourself, those before and after you, are only drivers of this machinery of government. The driver’s role is to ensure that this machinery is well-lubricated and in good running condition, without tempering with the mechanical composition of it. Unfortunately, this machinery you’re inheriting is dysfunctional, inefficient and too weak to take you to the peak (“make PNG the richest black Christian nation on earth”) due to tempering and neglect by previous drivers since independence.

Another major impediment to our development is, of course, corruption. There is growing public demand for establishing an Independent Commission Against Corruption (ICAC) as a central anti-corruption agency. All eyes are on you whether you will complete the establishment of the ICAC from where it was left off by the previous government.

Whilst this may be an immediate action that would have popular backing, I have reservations for a quick fix to an endemic and rooted problem. In my experience and research of international literature, many ICAC (or ICAC-like) institutions have failed, whilst only a few have succeeded. Those experiences show that an ICAC works well in a sound governance environment. In a weak governance environment such as ours, where most of the existing integrity institutions are either weak or have collapsed, an ICAC will become another problem rather than a solution. Improve the existing institutions as I have proposed here. They can be enabled and coordinated to curtail the spread of corruption. I do support the call for the creation of an ICAC, but not until after the existing institutions are properly empowered and improved.

In the next few days, you will be deciding on who will run with you – your dream partners. Whilst you owe it to those who made you PM, your choice of leaders should have more to do with competence than convenience. A coach who aims to win a game knows the ability of his players and positions them accordingly. I believe I am representing the silent majority to urge you to choose carefully. The pruning process can start with the selection of your dream partners.

The law guarantees you an uninterrupted balance of this term of parliament to make decisive decisions and turn this country around. The task of draining the swamp (or curing it) may seem daunting and onerous, but it can also set the platform for another term if you perform well. Even if you do not return as Prime Minister after the next election, history will remember you for draining the swamp and rebuilding institutional governance. Remember, Goliath was too big to die, but he was also too big to miss a stone.

Corruption and bureaucracy are the two main development challenges that I would like to draw to your attention. Address these two issues and you will be able to effectively address other challenges. It is my hope that you will not join the former club of promisers, but stand out to trailblaze the delivery this country has been earnestly seeking.

I believe you have acquired the experience to manage the politics, the knowledge for institutional governance, and the heart to make this great nation the “richest black Christian nation on earth.” May God grant you prime ministerial wisdom.