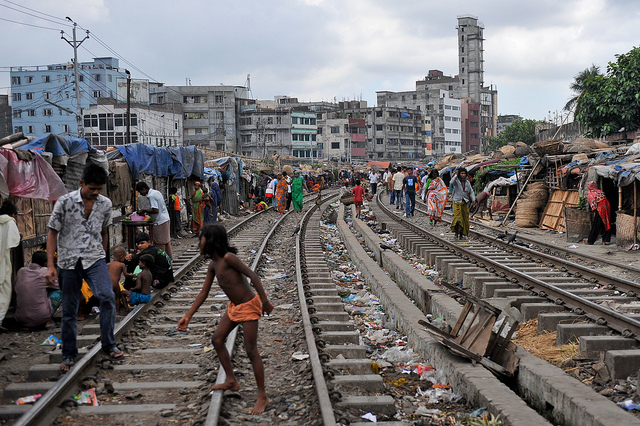 When I worked on the Independent Review of Aid Effectiveness – five years ago and a world away– I advocated for the Australian aid objective to be articulated in such a way that it emphasised that Australian aid was there to help those who lived in unacceptably bad conditions.

The Review team indulged me and our recommended aid objective read, in full:

The fundamental objective of Australian aid is to help people overcome poverty. We work to improve the lives of those living in conditions far below what Australians find acceptable. We focus our resources and efforts on areas of national interest, and where Australia can make a real difference.

Unfortunately, my words didn’t make the final cut. The objective ultimately adopted by the government was:

The fundamental purpose of Australian aid is to help people overcome poverty. This also serves Australia’s national interests by promoting stability and prosperity both in our region and beyond. We focus our effort in areas where Australia can make a difference and where our resources can most effectively and efficiently be deployed.

This had all the ideas of the Review’s formulation (plus an emphasis on efficiency and effectiveness) except for my emphasis on unacceptable conditions.

Oh well. Win some, lose some. But I was reminded of my 2011 efforts when I recently read an article titled “Misperceptions of relative income and preferences for international redistribution in the United States” by Gautam Nair, a PhD student in political science at Yale.

Nair also asked respondents to estimate the income of the world’s typical person. That’s a tough question. The typical guess was $US19,500, which is way out. The global median income is in fact about $3,000 (that’s actually pretty hard to find in Nair’s [otherwise excellent] paper, but you can estimate it from his Figure 1). $US19,500 is not only more than six times more, but an income at that level puts you in the world’s richest 10 per cent (calculated using this excellent tool from Giving What We Can).

The point of all this is not to criticize the survey respondents. I personally find it almost impossible to believe that half of the world — some 3.7 billion — live on an annual income of $US3,000 or less. Nevertheless, that is what the data tells us (and that is adjusting for purchasing price parity).

How many people in Australia or the US live on that level of income? In Australia, the bottom 20 per cent have an average annual income of not $A3,000 but $A19,500. Of course this doesn’t mean that no one in Australia lives on $3,000. But if you look at this tool, put together by Roger Wilkings of the Melbourne Institute of Applied Economic and Social Research, and enter $A4,000 (to allow for USD-AUD exchange rates), the answer comes back at zero. To the nearest decimal point, no one in Australia lives below the global median income.

All this supports the formulation I advocated. Most people living in wealthier countries like Australia and the USA would find it unacceptable that anyone – let alone 3.7 billion people – would have to live on an income of $3,000 or less, and that we would be more than happy to provide them with some small level of assistance (even if it didn’t transform their lives, and even if some of it was wasted). And that is what Nair finds. He takes a random subsample of his survey respondents and tells them that most of the world is a lot poorer than they are and that they are (relatively) much richer than they think. Those survey respondents he provides this information to become more prepared to donate to international charities: Nair gives all his respondents $20 and gives them a choice of spending it on themselves, the poor in the US, or the overseas poor. Those participants to whom he provided the extra information on global poverty gave more of their $20 to international charities.

Or, put differently, we are less likely to think that charity begins at home if we accept that we are all comparatively rich here in Australia. The Australian Council of Social Services sets the poverty line in Australia at $20,000. But someone living at that poverty line is among the world’s richest 15 per cent.

Nair’s findings confirm that we need to constantly remind ourselves of the privileged global station into which Australians are lucky to be born or migrate into, and contemplate our resulting obligations. (Check out Giving What We Can: I’m not so convinced that they have the answers on how to be effectively altruistic, but the encouragement they provide to international altruism is sufficient reason to sign their tithing pledge.)

But Nair’s article also challenged my prior views. When I think back to those Aid Review days, I now feel that instead of saying that aid helps those who live in conditions Australians find ‘unacceptable’, I should have said that it helps those living in conditions we can’t imagine. The lack of strong support for aid (both government and private) is perhaps not because we lack a capacity to be outraged, but because of our failure of imagination.

Note: The data on the average income of the poorest 20 per cent of Australians comes from the ABS (here), and refers to ‘equivalized disposable household income’. The year is 2013-14.