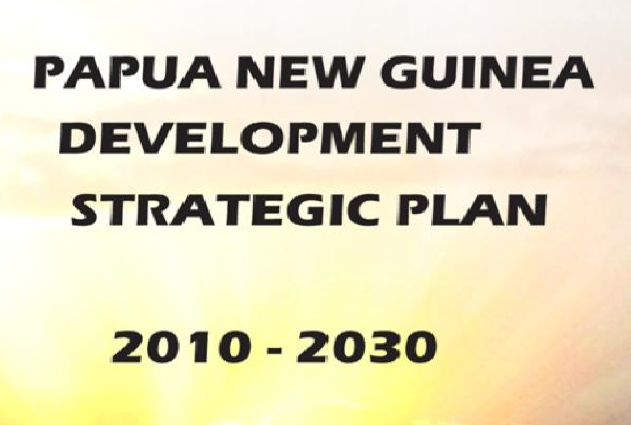 This is a guest post by Paul Barker from the Institute of National Affairs in Papua New Guinea.

It is disappointing that the Papua New Guinea Planning Minister should choose to criticise the feedback being provided by professionals with respect to the 20 year strategic plan (DSP2030), and notably the agricultural forecasts (full page advert in National of 8th April).

Constructive feedback should be encouraged, recognised and appreciated, not condemned. Government plans should not be considered sacrosanct, and whilst there was certainly some consultation on the Vision 2050, it was limited for the DSP2030. If these are meant to be national plans, not just government plans, it is critical that there is wide public participation and endorsement. Medium and longer term plans are valuable tools if suitable resources are provided to enable their implementation, but it requires that the targets and forecasts are realistic and well researched. PNG has had many plans and strategies, but, as with the Medium Term Development Strategy (MTDS) 2005-2010, inadequate funding was provided to enable effective implementation (e.g. only K30 million for National Road maintenance for the whole country, although access was the top priority in the MTDS). Unfortunately also the MTDS evaluation was not made publicly available and discussed to contribute to the development of future plans.

It has been emphasised that the quality and implementation of plans is dependent partly upon both sound prior consultation with the respective stakeholders and their feeling ownership of the process, which they will be responsible for implementing. Unfortunately, it was widely perceived that the preparation of the DSP was undertaken discreetly by a small team in a central agency, with inadequate feedback from respective line agencies and non-government stakeholders. With respect to the agricultural targets it has long been pointed out that these are unrealistic, with 8-fold increases in coffee production, 6-fold in cocoa, etc having little link with reality or past experience. When asked where these figures were sourced, Planning Department staff stated they obtained them from the Agriculture Department. Agriculture Department staff stated they didn’t provide these figures, whilst the respective commodity institutions and other agricultural industry bodies stated firmly that the figures were unrealistic and that they’d not been consulted. Regardless of the source of these figures, and who’s right and who’s wrong, it was urged that the respect public and non-government bodies should get together promptly to ensure that realistic figures are prepared promptly and mutually accepted, so that there can be targets which everyone cooperates to achieve.

It must be remembered that agriculture is undertaken by farmers making their own investment decisions, based upon their own perception of returns to their land and effort. Care must be taken by authorities to understand the needs of these farmer, their potential and constraints which need to be addressed; many of these constraints relate to poor public infrastructure (such as roads and ports) and services, whilst others relate to natural factors, such as local land availability and suitability, as well as to options for the farmers (or opportunity costs – e.g. whether they prefer to grow vegetables instead of coffee). If the bulk of the industry professionals say the figures are unrealistic (for various reasons) and need to be revised, these observations should be heeded and recognised and not dismissed out of hand. Maybe industry players are being too conservative and should be encouraged to see greater potential, but in all likelihood their views are based upon long and practical realities.

In the 1960s and 70s the world saw great application of top-down ‘long term plans’, largely emanating from remote bureaucrats in the capitals of the old Soviet-style ‘command economies’. In some cases the targets were totally unrealistic, with requirements , for example, to double rice production in a few years. Officials didn’t dare challenge the targets given, for fear of losing their jobs or worse, so in many cases the result was extensive falsification of statistics. It wasn’t even possible sometimes for the plants or animals, let alone the farmers and the infrastructure, to achieve the increased production levels required, but officials and departments/provinces would nevertheless announce that the targets had been achieved or even better. False statistics are useless for everyone. In PNG we’ve already seen Agriculture Department documents stating that in order to achieve these targets it’s necessary to pursue forest conversion authorities (FCAs), which are the basis for the controversial 99 year Special Agricultural and Business Leases (SABLs), which have been occurring lately (5.2 million hectares of them to date), largely without the landowners free and informed consent, and which seem largely to be mechanisms to access forest resources without complying with the normal requirements of the forestry legislation, and are not expected to result in real agricultural investment, but rather to undermine genuine agricultural investment, including partnerships by landowners with genuine agricultural investors (which are envisaged under the recent land reforms). 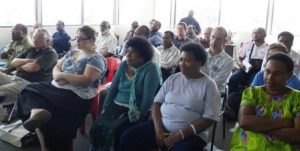 Everyone would like to cooperate to achieve major economic development and particularly to ensure broad-based opportunities from this development, including through positive improvements in agricultural production, but to achieve that requires a full understanding of the opportunities and constraints and the context of the industries. It is essential, therefore, to embrace the inputs of the industry professionals, including both public and private sector participants, who will have a better understanding of what is achievable, and who will, after all, be responsible for subsequent implementation. This embracing and respect for each others’ contribution (how government can assist the industry and vice versa) and recognition of considerable past experience provides the best opportunity for progress, rather than criticising the CCI Director’s comments at a workshop. His comments were not isolated, but have been consistently expressed by sector professionals (if nervously) over the past year, since the DSP forecasts have been revealed. Discarding past experience and referring only to modelling is unhelpful, as models remain only as good as the inputs into them. Consultation, mutual respect and cooperation is a better way for all players to refine plans and move forward than mutual criticism, and will best serve the interests of the farmers and the wider community.

Paul Barker is the Director of the Institute of National Affairs in Papua New Guinea.