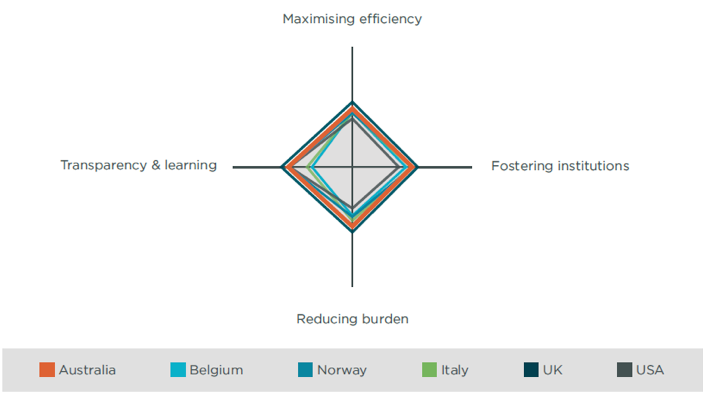 2011 was a year that demonstrated that stability and peace can’t be taken for granted. As old regimes crumbled and new democracies were forged, the impact of uncertainty, conflict and fragility on human development was made clear. Four years out from the deadline set for the Millennium Development Goals, not a single fragile state has achieved any of the MDGs. In fact, a growing share of the world’s poor live in fragile states and some predict that this share will grow to more than 50 percent within the next five years.

It is unsurprising then that fragile states are difficult environments in which to deliver aid. Governments can’t always be relied upon to support the development process, institutions can be weak with human capital decimated after years of conflict, and good practice aid principles (such as the Paris Declaration on Aid Effectiveness and the Accra Agenda for Action) aren’t always simple to apply.

Australia is not shying away from the challenge of promoting development in fragile and conflict-affected states. Recent data from the 2011 quality of official development assistance (QuODA) index demonstrates that Australia’s effort to heed good practice principles in fragile states is paying off.

Well over half of Australia’s aid dollars go to fragile states, with seven of the top ten recipient countries of Australian aid considered fragile. This is a reflection of the Asia Pacific region that we predominantly operate in, where fragility is widespread and where many countries not classified as fragile suffer from weak governance.

This means Australia is one of only six donor countries to devote 50 per cent or more of its country-based aid to fragile states. When compared to these five other countries—the United Kingdom, Belgium, Italy, the United States and Norway—Australia comes out as the second most effective donor, not far behind the UK. This effectiveness is measured on the four dimensions of aid quality as defined by the QuoDA index – maximising efficiency, fostering institutions, reducing burden and transparency and learning.

The grey symmetrical box gives the average donor performance. Where Australia’s orange diamond lies outside the grey box, Australia scores better than average. The larger the diamond, the better the performance.

The QuoDA data also shows us where Australia could further improve.  Australia scored below average on the use of partner systems, the analysis finding a continuing preference to use our own systems to limit the risks of corruption. However, the Australian Government has committed to increasing its use of partner country procurement and public financial management systems. And more recent data collected for Australia’s 2010 Cairns Compact reporting indicates that at least in the Pacific, this shift is already occurring. For instance, the amount of Australian aid that used partner procurement systems increased in eight of the nine major Pacific country programs between 2008 and 2010.

The global donor community is focusing increasingly on effective aid to fragile states, as demonstrated at the recent High Level Forum on Aid Effectiveness in Busan where the ‘New Deal for International Engagement in Fragile States’ was endorsed. The first practical implementation of the new deal is a development agreement signed between Australia and Timor Leste committing both countries to work together in line with the goals set out in Timor-Leste’s Strategic Development Plan.

This agreement and the QuoDA results reaffirm the value of Australia’s commitment to apply principles of good development even in difficult operating environments. It shows that despite the obstacles, it is possible to deliver effective aid in fragile and conflict-affected states.

This blog post is based on a longer report from the Office of Development Effectiveness, drawing on the 2011 QuODA. Read The quality of Australian aid – an international perspective here.

Dereck Rooken-Smith is the Assistant Director-General for the Office of Development Effectiveness at AusAID.

Dereck Rooken-Smith is the Assistant Director-General for the Office of Development Effectiveness at AusAID.