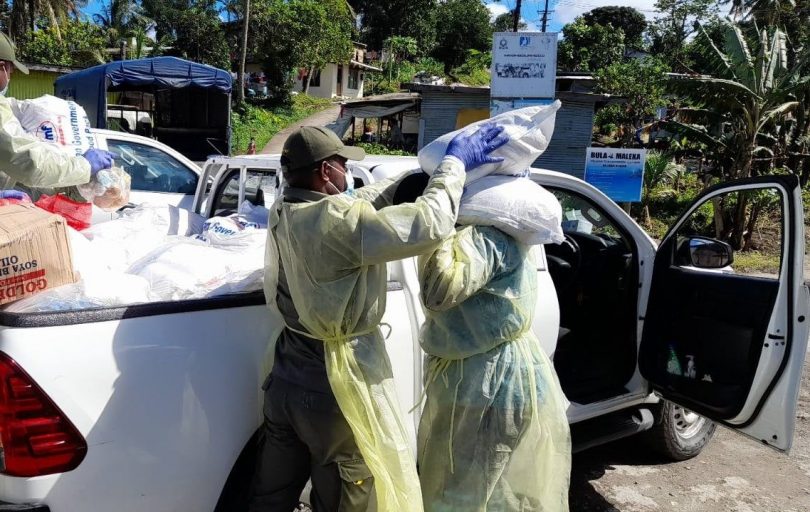 The daily rate of new COVID-19 infections in Fiji now exceeds 500 (as of 6 July 2021), much higher than India’s peak daily infection rate on a per million population basis. If people start dying at the same rate as in India at the peak of the second wave, it will be a disaster for the country: it would mean around five people dying daily from COVID-19 complications. Given Fiji has a much higher proportion of the population with non-communicable (or chronic) disease (413 vs 280 per 100,000 for India), the death rate in Fiji could reach much higher than observed in India.

Fiji may have better health facilities than India on a per capita basis but it lags behind on speciality facilities that are often needed to save peoples’ lives in severe cases. Our healthcare facilities are already overwhelmed. The Colonial War Memorial Hospital (Fiji’s largest) is virtually under siege – certain departments are closed and the mortuary is at full capacity. Many local health centres are now closed and people are sent home without attention. People are already dying due to lack of care and, sadly, the media is not reporting many such deaths.

The Fijian government needs to wake up from its slumber and take action before it’s too late. We must draw lessons from the experience of other countries and the government needs to show leadership. A complete shutdown for at least four weeks is now necessary.

The government would be well-advised to consider a two-tier approach. First, because a strict lockdown would render people immobile, many would require survival kits – food and money to cover basic needs such as toiletries, power, water and rent. The government would need to cover these costs: the government needs to do its math.

To start with the total number of people who have lost their jobs, which according to the Fiji Bureau of Statistics (June 2021 Database) is approximately 80,000 workers, around 45% of all formal sector workers in Fiji. However, more people would become jobless with a total lockdown in place: it could affect well over 90,000 workers, around 50% of the workforce.

Recently released national poverty data calculated the annual food requirement figure of $1,132 for an adult equivalent (AE) in the median household. The non-food requirements for an AE in the median strata household is given at $1,500 per annum. For each AE, therefore, an expenditure of FJD$217 is needed for four weeks of complete lockdown. From the calculations above, 90,000 people in Fiji’s 200,000 households would need direct support. This is, on average, one income earner per household and broadly covers the lower 45% of the population. Assuming a 4.5 AE size of the lower 50% of households, a sum of approximately FJD$90 million would be required for a four-week complete lockdown.

The government would then require mobilisation of strategic resources to implement the lockdown. The transfer of food and other necessities can be organised within a period of 3–4 days so that people have ample food and necessities in their homes for the four-week period. Direct transfer of cash into the banks of workers or transfers through the Fiji National Provident Fund system are possible. Food and medicine depots, staffed by the government, may also be established as a support mechanism. In addition to this, emergency standby services such as medical would also be required, for which Fiji may need support from its developed neighbours.

Apart from formal sector workers, a large number of workers in the informal sector and small business owners would also require support. The government needs to implement financial sector policies to support the existing mortgage liabilities of small and medium enterprises. A win-win support strategy is possible. For instance, a time-bound repayment and interest concessions could be a way forward, or medium-term refinancing support for businesses. While some of this relief has already been provided, the Reserve Bank of Fiji needs to put policies clearly in place to restrain banks from behaving badly during these times. A protective mechanism for depositors and borrowers is necessary.

Fiji needs to take lessons from the national policies of New Zealand and Australia, and put in place a much bigger fiscal stimulus, more support for businesses and a stricter lockdown. Of course, resources are limited, but we should turn to our genuine neighbours and true friends of Fiji for financial support. Time is of the essence, and we need to move quickly.