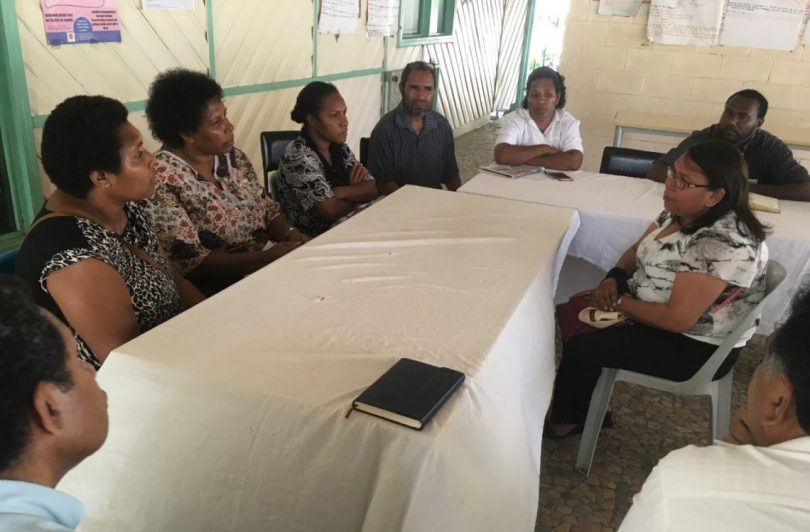 The Australian Government introduced the Indigenous Procurement Policy (IPP) in July 2015. The policy was welcomed by Indigenous businesses as a valuable pathway for economic empowerment for Aboriginal and Torres Strait Islander businesses and people. From a national perspective, the success of the IPP regularly features in the Australian Prime Minister’s speech when tabling the annual Closing the Gap reports.

As part of its long-term research program into Indigenous participation in the aid program, Ninti One’s research arm has reviewed the first five years of the IPP at DFAT. Overall, the Commonwealth as a whole and DFAT in particular have exceeded the targets in their corporate businesses, but Indigenous participation in the delivery of overseas ‘aid’ activities is still quite nascent:

More recently, some of DFAT’s managing contractors have included Indigenous suppliers in their tenders – to help achieve the IPP on DFAT-funded multi-year, high-value activities. We understand that five of these tenders were successful (and contracted) up to July 2020. As expected with progressive engagement, Indigenous participation on those activities has been foundational in the early stages, with plans to ramp up as work gets underway on each program. Travel restrictions caused by COVID-19 have constrained these subcontracts. Our research shows that less than $0.5 million of activities have been implemented by Indigenous businesses through this mechanism in the first five years.

These ‘green shoots’ have built on initiatives for Indigenous participation at DFAT that go back to the 1990s. The IPP gained extra momentum from DFAT’s statement of ‘Leading on Diversity’ in 2018, when tenderers were compelled to include a diversity plan in their tenders. DFAT won the 2019 Diversity and Inclusion Award of the Chartered Institute of Procurement & Supply Australasia, for its commitment to expanding the Indigenous procurement policy and engagement of the Indigenous business sector.

In our DFAT-funded work, we have noticed great enthusiasm for Indigenous engagement by communities and governments of partner countries – most notably in Papua New Guinea (PNG) and the Pacific, who share some similar colonial experiences. Recent research by the Western Sydney University has revealed a view across stakeholders in Pacific Island Countries that ‘Aboriginal and Torres Strait Islanders were almost invisible in Australia’s relations with the Pacific and this has limited our understanding of – and potential for engagement with – the region’.

There have already been some valuable benefits of including Indigenous traditional knowledge in the aid program, such as an activity that is helping PNG to protect the intellectual property of its cultural and creative industries, which contributed to winning a National Indigenous Fashion Award in 2020.

Indigenous participation rates in aid work are so new (and low) that there is insufficient data to examine economic empowerment of Indigenous businesses in Australia or in partner government countries. However, this promising start has revealed several new opportunities and challenges, compared to conventional international development approaches.

Ninti One has launched a long-term research program to develop and document these learnings on DFAT-funded programs as participation gains traction. This research is exploring things like the benefits for Indigenous peoples in partner countries; the scope for cultural and traditional knowledge sharing; the scale of economic empowerment, motivations and challenges for Indigenous involvement; and DFAT’s performance monitoring and accountability for adhering to commitments made in tenders about Indigenous participation.

Sharon Forrester is a Senior Aboriginal Researcher at Ninti. She is from the large Central Australian Southern Arrernte (Pertame) family with Anmatyerrre and Alyawarre connections.

Rod Reeve is the Managing Director of Ninti One Limited.