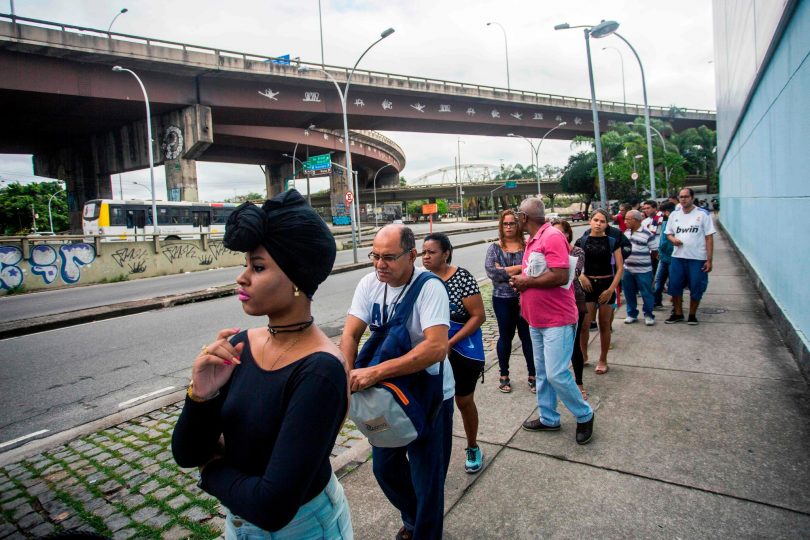 Brazilians lined up to cast their vote for president in October (Credit: Daniel Ramalho/Agence France-Presse/Getty Images)

Paul Krugman explains the economic woes that contributed to the election of a far right president in Brazil.

What is the effect of the global gag rule on abortion rates in developing countries? Professor Yana van der Meulen Rodgers gives an engaging talk on her analysis and findings.

Although Yemen looks like it’s heading towards a famine, the lack of reliable information means that by the time a famine is declared, most hunger-related deaths may have already occurred.

Jeremy Youde writes about the Ebola outbreak in the Congo, and Donald Trump’s role in undermining attempts to tackle it.

Health standards in PNG — Australia’s closest neighbour — are slipping dramatically, and both countries should be worried, writes Matt Wade for the Sydney Morning Herald. In a similar vein, Jo Chandler writes for the New York Times on the polio outbreak and PNG’s health crisis.