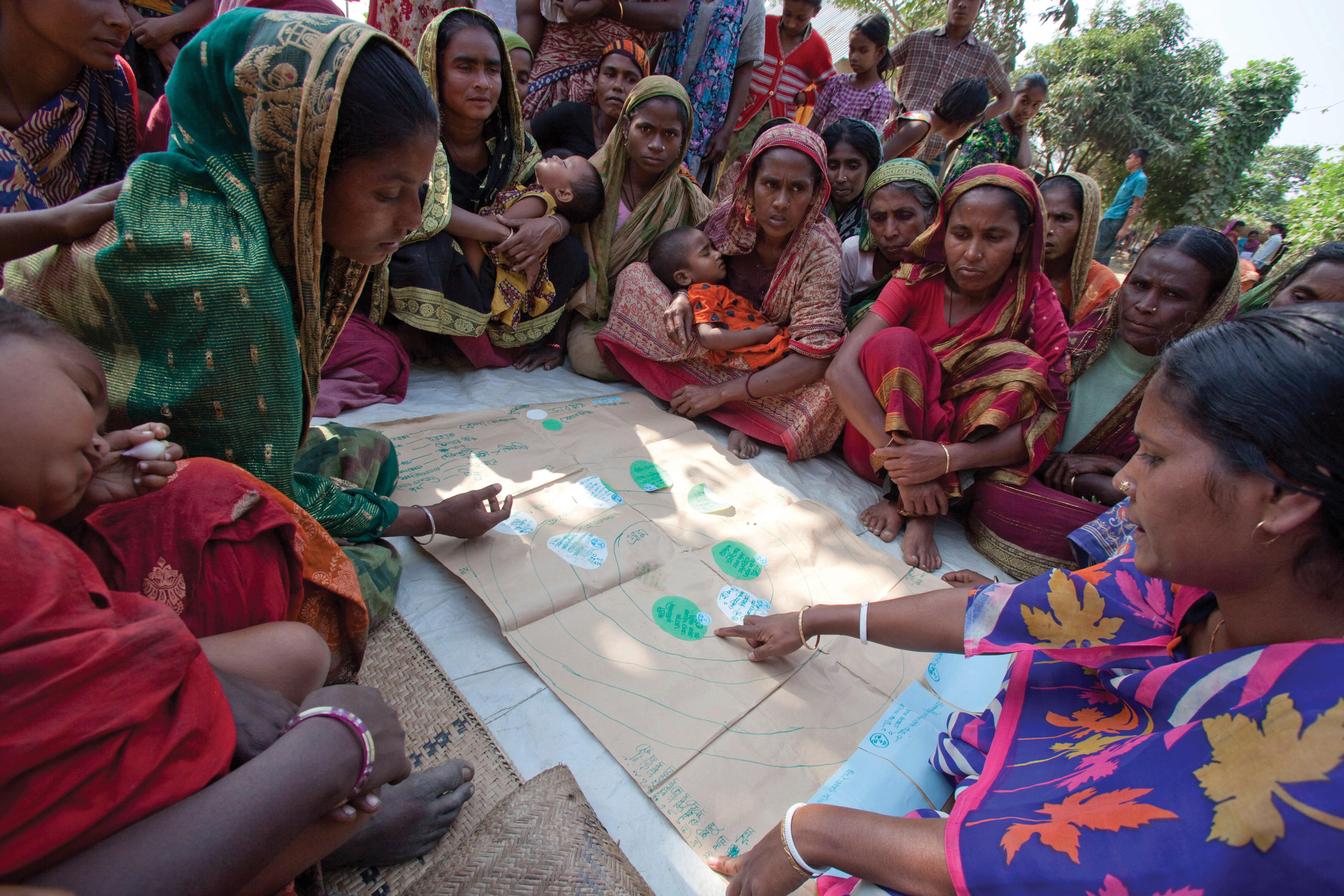 As the UN Commission on the Status of Women meets again in New York, the global community should take time to contemplate the full social and economic costs of gender-based violence on women, families, communities and on nations.

Official figures are unlikely to fully capture the unreported, undocumented acts of violence that occur each day. Nevertheless, the UN reports that globally, one in three women will be beaten, coerced into sex or otherwise abused at some point in her life. According to national data compiled by UN Women, the lifetime risk for women of gender-based violence can exceed 70% in some countries. To encourage action, it is important to give policy makers a better understanding of the implications and impacts of this epidemic of violence. To this end, CARE undertook the Cost of Violence Against Women (COVAW) initiative in Bangladesh. The report looks at how measuring the tangible cost of violence provides evidence of resources being drained from families, communities and the state.

Clearly there are challenges, and ethical issues, in putting a dollar figure on such a complex issue. The study developed a framework for calculating costs at the individual, family, community and macro levels of marital domestic violence. This approach captured social costs, including physical and mental insecurity, decreased confidence, absenteeism and dissolution of marriage, among others. It captured physical/mental health costs, including increases in stress related injuries, pain, injury, illness and disability. It also addressed time costs, for recovery, for attending court, for hiding under protection, and the direct monetary costs for courts, police, hospitals and at the national level for prevention campaigns. The study, by necessity, limited itself to marital domestic violence rather than the complex task of capturing the full breadth of gender-based violence in Bangladesh. However, even within this scope, the research team were unable to put a price on some of the many intangible costs associated with domestic violence, particularly where these are neither measurable nor comparable.

The study found that when all quantifiable costs were considered, the total cost of domestic violence in Bangladesh in 2010 equated to over 143 billion taka (over USD 1.8 billion at current exchange rates). This amounted to 2.05% of GDP, or the equivalent of 12.65% of government spending that year. This cost to the nation was close to the total government expenditure for the health and nutrition sector in Bangladesh that year. The majority of this cost is borne by survivors and their families, competing with vital expenditure needs for food and education.

Developing countries are not alone in bearing this enormous cost. In Australia the annual financial cost to the national economy has been cited as AUD 8.1 billion. The UN Secretary-General’s 2005 in-depth study on violence against women found that when calculated across 13 countries (Australia, Bangladesh, Canada, Chile, Finland, Jamaica, Nicaragua, Netherlands, New Zealand, Spain, Switzerland, United Kingdom and United States) this cost amounted to USD 50 billion per year.

Gender-based violence is a violation of human rights. This is not simply an issue of the private domain, and it is a result of deeply embedded structural issues of inequality and power. An earlier study undertaken in Bangladesh found that 77% of female respondents believed that a husband had the right to beat his wife. The COVAW study found that dowry payments were the most common reason cited for violence, despite these being illegal in Bangladesh.

There is clearly much work ahead in addressing the complex relational and structural issues that underpin gender-based violence. That said, CARE has seen evidence across its programs of successful strategies in reducing gender-based violence. Such approaches include influencing change in community norms, support to community-based protection, empowering women and girls, improving delivery of services to survivors of gender-based violence and advocating for change in public policies and their effective implementation. In 2010, these efforts contributed to the passage of domestic violence legislation in Uganda, Bangladesh and El Salvador. Studies such as one undertaken in Burundi on Engaging Men in addressing gender-based violence are also supporting CARE to better understand the process of changing community norms and CARE’s role in this.

Initiatives such as the COVAW study in Bangladesh help agencies like CARE to build evidence to increase understanding of gender-based violence as an issue that affects poverty, development and economic growth, and to encourage communities and governments to set and meet commitments to reduce gender-based violence. They help us start to imagine a future where the significant amounts currently spent on addressing gender-based violence can instead be reinvested to help families and communities out of poverty.

Andrew Rowell is the Manager of the Quality and Impact team at CARE Australia.

Andrew Rowell is Director of Monitoring, Evaluation and Learning at Investing in Women, an initiative of the Australian Government.