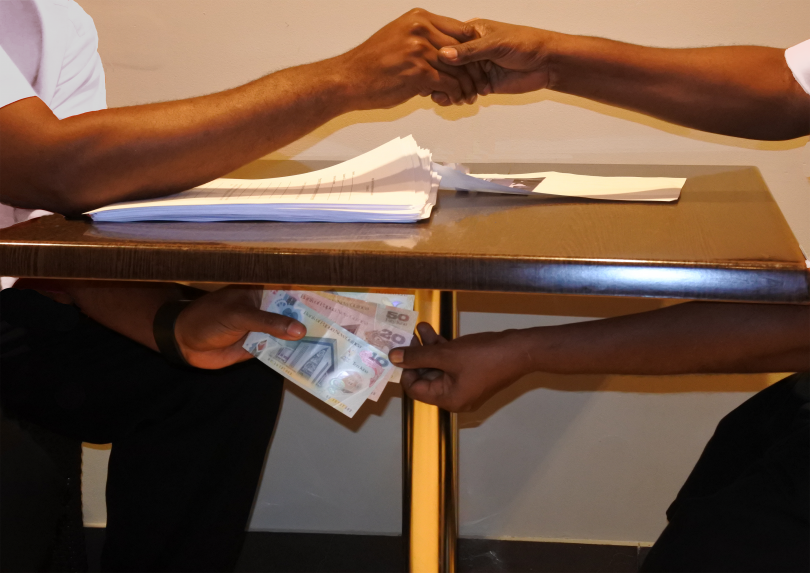 Development agencies tend to think that telling people about the detrimental social, environmental and economic outcomes associated with corruption will increase resistance against it. In turn, around the world, donors and others have spent millions of dollars on anti-corruption advocacy. Papua New Guinea is no different – the local media pumps out anti-corruption messages across a variety of platforms, with PNG’s anti-corruption advocates regularly speaking out about the evils of corruption. However, there is little evidence that these efforts have achieved what they set out to: to encourage more people to resist corruption.

However, we need to be careful interpreting these results. Findings from Jakarta might not translate into other contexts. With this in mind, in 2017 we tested the impact of four contextually appropriate anti-corruption messages in PNG’s capital, Port Moresby. The messages, each a separate narrative, emphasised the legal, moral and communal aspects of corruption and anti-corruption, as well as its ubiquity. We surveyed over 1,500 people to find out which messages might persuade people to think differently about and resist corruption. Researchers randomly assigned respondents to one of five groups. Respondents in four groups were read one of the themed messages about corruption, and shown a photograph capturing this message, before researchers asked them questions about corruption and anti-corruption. The fifth group, the control, answered the same questions but were not read a message nor shown a photo.

Our recently published discussion paper highlights three key findings. First, our results challenge the notion that awareness raising efforts will inevitably turn people off wanting to report – as the study in Jakarta found. While exposure to three of the fielded messages (messages that stressed community impacts, illegality, and, to a lesser extent, the widespread nature of corruption) made respondents’ aware of how widespread corruption is, none of the messages triggered pessimistic views about reporting corruption or an unwillingness to report corruption.

Finally, we suggest that legally toned messages can raise a red flag about corruption as a problem, but will likely not motivate citizens substantially to think and act differently when they observe corruption occurring. This might be because where the state is weak, citizens’ concerns about social, economic and cultural issues trump the desire to follow poorly enforced laws – as has been found in PNG (see this pay-walled article) and other contexts. However, these tentative findings would benefit from further research in other environments.

In sum, we find that in PNG, messages that stress the impacts of corruption on local communities will likely motivate citizens to act against it. This does not mean that citizens will report. As we have shown elsewhere [PDF], reporting also relies on the state providing accessible, safe and reliable reporting mechanisms. While increasing awareness about corruption is important, even the most contextually nuanced message cannot overcome the inadequacies of local anti-corruption organisations. However, getting anti-corruption messaging right, in PNG and elsewhere, would be a step in the right direction.

This blog is based on the authors’ discussion paper, “Overcoming collective action problems through anti-corruption messages”, jointly published by the Development Policy Centre and Developmental Leadership Program.