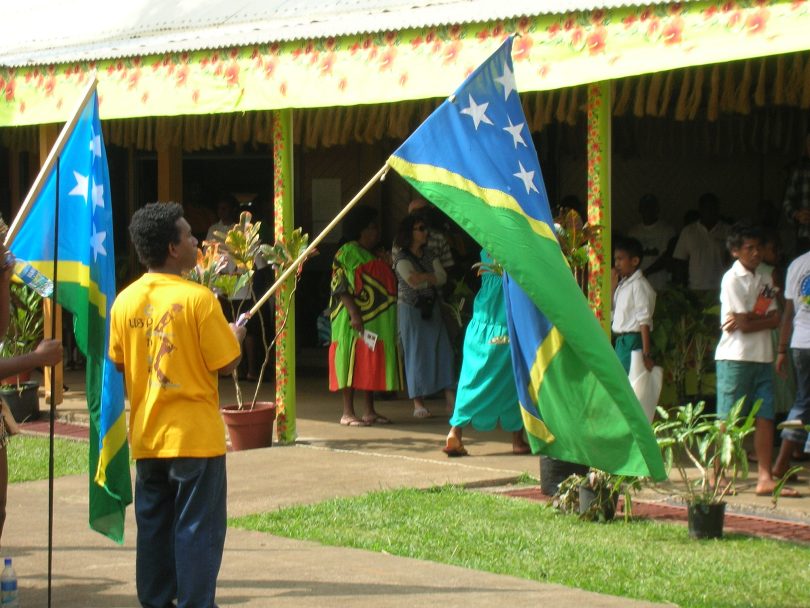 In many parts of the world “nationalism” has earned itself a bad rap. Ethnic cleansing, war, genocide and other atrocities have been committed in its name. In recent years we’ve seen political leaders, like Donald Trump, whip up a toxic form of nationalist sentiment defined by race and a disdain for foreigners.

On the other hand, nationalism can be a force for good; a devotion to one’s nation can encourage solidarity, pride and belonging. And for some practitioners, policymakers and academics, a certain type of nationalism – civic nationalism – has the potential to help address corruption in poor countries.

While some studies fail to find a direct link, much of the quantitative research suggests that weaker civic nationalism helps perpetuate corruption.

In turn, governments and development practitioners devote significant resources towards nation-building efforts aimed at disrupting ethnic patronage networks that can exacerbate corruption. This includes exposing elites from poor countries to the liberal values of relatively well-governed and mostly rich countries – for example, through educational scholarships and international workshops and conferences that help transfer global anti-corruption norms. As elites become more global in their outlook, it is argued, they will more likely see themselves as a part of a world of states underpinned by civic rather than ethnic nationalism, and transfer anti-corruption norms into their home countries. However, there has been little research to test such claims.

In an article published in the journal Political Geography, I examine narratives about the potential role civic nationalism could play in reducing corruption in Solomon Islands.

Solomon Islands is an important case study because the country has undergone significant reforms aimed at both building the nation and fighting corruption, through the Regional Assistance Mission to Solomon Islands (RAMSI) intervention (2003–2017). Part of this intervention included the systematic rebuilding of key state institutions, and a push for anti-corruption reforms that were part of broader efforts to rebuild the state and promote civic nationalism.

The article draws on interviews with 18 respondents connected to anti-corruption reform and activism in Solomon Islands. It finds that for those on the front line, civic nationalism can be important for addressing corruption.

A senior official from one integrity agency argued that to fight “against corruption, you have to be … patriotic about our county.” This view was strongest when respondents drew on their experiences in other countries. For example, an official trip to discuss the United Nations Convention Against Corruption had made one senior adviser realise there are:

some countries … [where] corruption is not an issue … I kind of wish that we can be like that in Solomon [Islands]. I want my country, my children or my grandchildren [to] never be into corruption.

This respondent and others said overseas trips supported by donors reinforced the notion that the high level of corruption in Solomon Islands was due, at least in part, to the lack of civic nationalism amongst their compatriots.

However, as the interviews wore on, most respondents became more circumspect and ambivalent about the relationship between civic nationalism and corruption.

Reflecting on their everyday experiences in Solomon Islands (including engaging with friends and relatives and walking the streets of Honiara), most suggested it was unlikely that Solomon Islanders could afford to subscribe to civic virtues above economic necessities. One respondent said:

… before we go to conversation of the nation, I think it’s important that we deal with some of the economic and social realities. Unless we deal with … social issues and economic issues, I don’t think nationhood will be achieved. Always government colleagues talk about peace building, nationhood; yeah, but if people don’t have jobs, they can’t even provide food on their table, I think we have a bigger problem.

Many respondents also said that most Solomon Islanders cannot afford to say no to corruption: “people struggle to survive and that’s the truth … It is a bigger issue in terms of corruption. Some people have to do it [corruption] to survive.”

In other words, even those tasked with addressing corruption were sceptical that Solomon Islanders could turn into nationalistic anti-corruption warriors.

While more research is needed, these findings raise questions about the impacts of nation-building efforts on attitudes towards corruption. If cosmopolitan anti-corruption experts in Solomon Islands are ambivalent about the potential for civic nationalism to address corruption, then it is unlikely others with weaker affiliation to the nation-state will be convinced.

These findings provide even more evidence that fighting corruption needs to be about more than improving national integrity institutions, introducing new laws or building civic nationalism. As important as these are, until the social, cultural and economic conditions that drive corruption are addressed, it is unlikely that policymakers will make significant headway into addressing corruption in Solomon Islands or, likely, many other contexts.

This blog is based on the article, Grant W. Walton, ‘Can civic nationalism reduce corruption? Transnational and translocal insights from Solomon Islands’, Political Geography, 89 (2021). Email the author for a pre-print version.