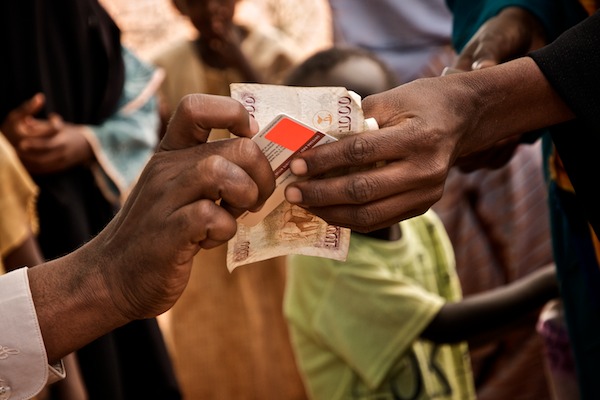 Development scholars are rightly excited by the recent announcement that Give Directly will pilot a basic income in Kenya. The project will be universal, long term, rigorously evaluated through randomized control trials, and provide sufficient money to cover a minimum standard of living (presumably as judged by the prevailing living standards in the pilot community) for about 6,000 Kenyans. While the evidence on the poverty reducing effects of cash transfers to date is impressive, this new pilot of an ongoing, universal basic income will offer the opportunity to learn more about what happens when people receive sustained basic income support. For example, the study will compare the difference between individuals who received a single lump sum and individuals who receive ongoing income support. Commentators have been quick to make suggestions of how the intervention might best add to our existing knowledge regarding the impact of cash transfers versus other development interventions.

I share in the excitement and hope to add another suggestion to the list of ideas to be rigorously evaluated: use the basic income pilot to study the intra-household allocation of resources and to compare alternative schemes of distributing resources amongst household members. These are two issues that will have to be addressed, whether or not these questions are an explicit focus of the study. They offer a terrific chance to learn more about how different candidate distribution schemes influence intra-household resource and opportunity allocation, especially how they vary regarding gender, age, and household composition. While some important research has examined the intra-household allocation of resources and opportunities, the household is often taken as the unit of analysis in the evaluation of anti-poverty programs, obscuring inequalities within the household, including gender inequalities. This study offers an opportunity to look below the household to understand the long term effects of basic income support on intra-household inequality and to evaluate how alternative basic income support schemes differentially impact intra-household bargaining and allocation.

Gender: So you have decided that you will allocate a basic income and everyone will participate. Now you must decide to whom you will give the money. Suppose you have a household with two adults and one child. You must choose whether the income support goes to one adult on behalf of all three members, or to each adult. If multiple adults receive transfers, then one must decide whether the adults will receive basic income on behalf of children, and if so how that income is to be distributed among candidate adults.

In previous work, Give Directly randomized whether the cash transfer was given to the husband or the wife within a family. This randomization found little differential effect between whether men or women received the cash transfer on behalf of the household, with the exception that when women received the transfer there were greater psychological well-being benefits (including as measured by cortisol levels) for both men and women. The lack of other significant gender differences might be a reflection of the fact that the transfer was temporary.

While previous research randomized whether the husband or wife was the recipient of the subsidy, in all cases there was a single household transfer. The alternative is to have to randomize whether the basic income goes to the entire household, through a single representative, or to individual household members. If it does go to individual members, a further question arises regarding whether adults should receive income support on behalf of their children, and if so, how this income should be divided among adults. As a normative matter, should it go to women, who are often thought to be responsible for child rearing, or does this wrongly reinforce the view that men ought not bear primary responsibility for child care? As an empirical matter, does the allocation of children’s income support to one parent over another alter the outcomes for children?

Age: A related issue regarding intra-household targeting arises with respect to age. This has perhaps received less treatment in previous studies because those studies were not long-term. The new proposed study will run over 10 years. A child who is 12 in the year the study begins will be 22 by the time it is completed. Presumably at some point, if the study opts for individual targeting of basic incomes, the child should graduate into being the direct recipient of income support (rather than having the income go through the parents). Again, there is the opportunity of randomizing the age at which individuals become eligible for direct income support. Would it, for example, delay early marriage and early pregnancy if income support is provided directly to children at earlier ages rather than being managed by their parents? Randomizing direct recipient age offers an opportunity to study these and other questions.

Household size: Standard measures of poverty use equivalence scales to adjust the calculation of consumption-expenditure or income to take into account the fact that while larger households have greater economic needs, they benefit from sharing common assets. Therefore, each additional member in a household is often thought to require proportionately fewer resources than the preceding member, because s/he is able to benefit from commonly shared resources. If you have a roof over your head and a faucet in your home, you don’t need a second roof or a second faucet if you add a second member to the household. Additional adult members are treated as more resource-intensive than children, and some equivalence scales treat second and third children as less resource-intensive than the first. Again, a normative question presents itself, which is how a fairly allocated basic income will treat alternative household sizes. And an empirical opportunity presents itself, to randomize the size of the income support and study the effects on differential household sizes. In other words, every household could get the same income support (either set on a per household or per capita basis), or they can use equivalent scales. If they use equivalent scales to calculate income support, these scales can be randomized and studied to measure the impact of differential income support on differentially composed households. And they can study how the direct recipient of impact support affects intra-household distribution. Does, for example, it matter more that the female household head receives income support in larger households than in smaller households?

Give Directly deserves praise for fusing a commitment to rigorous analysis with the simple idea that people living in poverty will use additional resources in efficient ways to improve their lives. Hopefully they use this new initiative to study how different mechanisms of delivering a basic income can optimize the allocation of basic income.