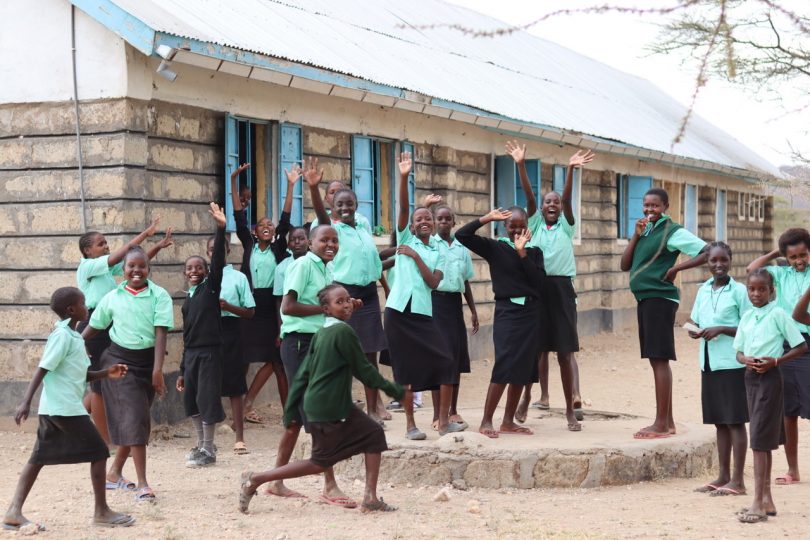 Schoolchildren in front of the Samburu school (Katarzyna Rybarczyk)

Education, healthcare services, a roof over our heads, and regular meals are just some of the things that Westerners take for granted. However, around the world, particularly in Africa, there are millions of people for whom these things are a luxury.

I recently spent a month volunteering in Africa’s largest urban slum, Kibera in Nairobi, where I shadowed the United Cultural Empowerment & Social Community Organization. UCESCO is a Nairobi-based NGO working with underprivileged communities in slums and rural villages.

Even though the majority of UCESCO’s programs happen in Kibera, the organisation also empowers communities living further away from Nairobi. That is how I got a chance to visit a remote village in the north-central region of Kenya, where the Samburu people live, and follow a traditional lifestyle.

When I first heard about their way of living – having no sewerage system, no direct water supply, no regular employment – I thought that what I would encounter in the village would resemble the slum where I spent most of my time. I thought I would see poverty, sadness, and longing for a better life.

I could not have been more wrong.

The Samburu people are a sub-tribe of the Maasai. They are semi-nomadic, live at peace with nature, and try to preserve their religious and cultural rituals. They wear traditional tribal clothing, and live in small huts that women build using cow dung and mud. People belonging to the Samburu community share all the income and food they get and look after each other, following the ideas of fraternity and loyalty.

The Samburu community is extremely proud of their heritage, and despite not having access to many of the amenities we are used to in the West, they enjoy how they live. For years, their lifestyle remained untouched by Western influences. Recently, however, modernity is increasingly affecting their lives.

The lives of the Samburu people are no longer centred around livestock herding. In the past, they would rely solely on their cattle and goats for food, and would spend most of their days milking and grazing the animals. Now, they buy food supplies in supermarkets, and many members of the community engage in income-generating activities in small towns located close to their village. The younger generation even uses mobile phones and the internet to connect with the outside world.

The school in the Samburu village is run by members of the community, with the help of UCESCO. Running the school comes with many challenges, underfunding being the biggest one. The facility relies completely on donations, so children often lack textbooks, notebooks, and other essential supplies. Classrooms are often overcrowded, but expanding the school is too expensive.

Children who go to school learn standard subjects such as maths or English. However, as the traditional community struggles with problems such as female genital cutting and discrimination against women and girls, additional educational programs have been put in place to address harmful preconceptions about gender roles. Empowering girls and promoting gender equality is an important aspect of the school’s curriculum.

The school does more than just provide children with education. It also serves as a shelter for those who have a difficult situation at home, or those who have lost their parents and do not have a safe place to go. Children who experience such hardship can stay in dorms located behind the school, and they receive regular meals. Without the help of the school’s officials, many would become homeless and would have no choice but to steal to survive.

The teachers working at the school are full of passion for what they do, and have big ambitions for the future. They want to inspire children who have been less fortunate in life to change their situation and break out of poverty. They are also committed to making sure that girls are not being put at a disadvantage just because of their gender.

The days in the Samburu village’s only school are filled with laughter and joy, as most students view education as a great gift. They know that studying hard is the key to making their dreams come true and helping their families. When I asked students if they enjoyed studying, not a single one said they didn’t. For them, going to school is not an obligation, nor is it something that every child does. Getting an education is a privilege that they truly appreciate.

Interacting with the school’s pupils, as well as with other members of the community, showed me how important it is to be grateful for even the smallest things. Even though the school’s facilities and equipment are not the most modern, and students have to share desks, pens and books, no one is complaining. On the contrary, students and teachers are happy with what they have, and they make the most of it.

Visiting the Samburu village made me understand that just because someone’s way of living is different to ours, we should never judge or try to change that. It also made me realise that being privileged does not always refer to being rich. When we put things into perspective, being able to go to school, where each child can have their own books and a place to sit, or not having to worry about whether we will have something to eat when we get home in the afternoon – these are examples of what it means to be privileged.

Even though the lifestyle of the Samburu people differs from the one we know in the West, and for many it could seem uncomfortable, there is so much beauty in it that even though I arrived hoping to empower others, I ended up being the one empowered. Probably the most important thing I learned from the students and the teachers is that happiness comes from within, not from material things. This is the lesson that I think should guide all of us in our everyday lives.

Katarzyna Rybarczyk is a political correspondent for Immigration Advice Service. She has recently spent a month volunteering with vulnerable communities in Kenya.