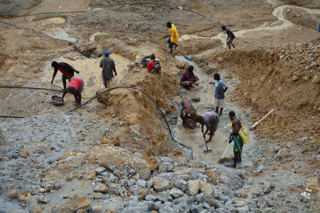 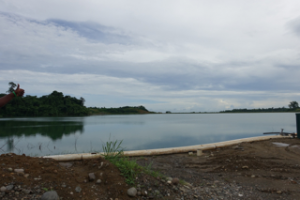 Since mining operations ceased at the Gold Ridge mine in central Guadalcanal, Solomon Islands, following the floods in April 2014, no tailings have been deposited into the mine’s Tailings Storage Facility (TSF). However, in the absence of de-watering, the TSF’s water level has gradually increased such that there is now less than one metre of clearance before the spillway will be breached. When I visited the site on 30 January 2015, I was informed that heavy rains had caused the water level to rise by 10cm over the preceding three days.

With Guadalcanal in the midst of its rainy season, the likelihood that the TSF will fail increases with every passing day, raising the spectre of an environmental disaster for the thousands of people living downstream from the facility. And as the water in the TSF deepens, so too does the standoff between the mine’s three key stakeholders: the Government of Solomon Islands (SIG), the mine’s owner, and landowners.

The board of the Australian company that owns the mine, St Barbara, made a decision in August 2014 to cease operations indefinitely. According to the General Manager for St Barbara’s Gold Ridge operation, whom I interviewed recently in Honiara, the mine had struggled since St Barbara acquired it in 2012 in the face of falling gold prices and a relatively high cost base. He also cited the presence of large numbers of “illegal miners” in the mine pits and escalating security concerns following the April floods as contributing factors to the decision to close the operation. 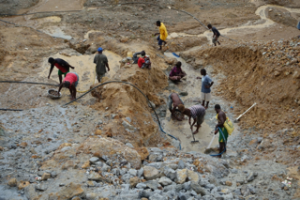 In relation to the TSF, St Barbara has repeatedly proposed undertaking “emergency de-watering” that would involve pumping the surface layer of the TSF water, untreated, into the nearby Tinahulu River. The company applied for a de-watering license in November 2014 but this has not yet been issued by SIG. There is a statutory requirement that any water released from the TSF must be treated prior to being discharged. However, the treatment plant has twice been vandalised, and, according to the company, it would take several months for a new plant to be operational.

Both SIG and landowners, via the three associations that represent them, are insisting that any water that is discharged from the TSF must first be treated. Based on the results of water testing, the company’s view is that rainwater dilution means that the water could be safely pumped without treatment. However, according to an independent environmental scientist who has been working in the vicinity, there are critical uncertainties with the water quality, not in relation to cyanide, which is the major cause of concern for downstream communities, but in relation to cobalt, arsenic and copper levels. While he concedes that any such contaminants would be diluted many times over following discharge into the river, he believes that some risks would nevertheless remain.

While the TSF is undoubtedly the most pressing issue facing the mine’s stakeholders, underlying it is the question of the future of the mine itself. The mine’s short history has been deeply problematic. Originally developed by Ross Mining in the mid-1990s, it closed down in 2000 as a direct result of the violent conflict that gripped Guadalcanal from 1998 to 2003. Indeed, the mine site was a hotspot [pdf] during that conflict. Since it re-opened in early 2011, it has had two different owners.

In recent years the operation has been plagued by a succession of corruption scandals including allegations of improper payments made to a Member of Parliament by its previous owner, Allied Gold, and, more recently, serious anomalies in the management and disbursement of a large tranche of landowner royalties on the part of relevant SIG ministries.

St Barbara is actively pursuing two divestment options: transfer to SIG or sale on the open market. In the context of low gold prices and high expectations on the part of landowners in relation to renegotiating royalty and equity arrangements, it seems unlikely that a credible buyer will be found in the near term. This leaves the prospects of SIG inheriting the mine, and the considerable liabilities that would come with it.

As the Solomons notoriously corrupt and unsustainable logging industry gradually winds down in the face of an exhausted forestry resource, all eyes are upon large-scale mining to fill the void. While each prospective mining operation will face a unique set of economic conditions, the Gold Ridge story reminds us that economic viability alone will not ensure success in the social and political context of Solomon Islands.

Meanwhile, the rain continues to fall on central Guadalcanal.

Matthew Allen is a Fellow with the State, Society and Governance in Melanesia Program in the College of Asia and the Pacific, ANU. His current ARC DECRA project is investigating the political economy of large-scale mining in Island Melanesia.