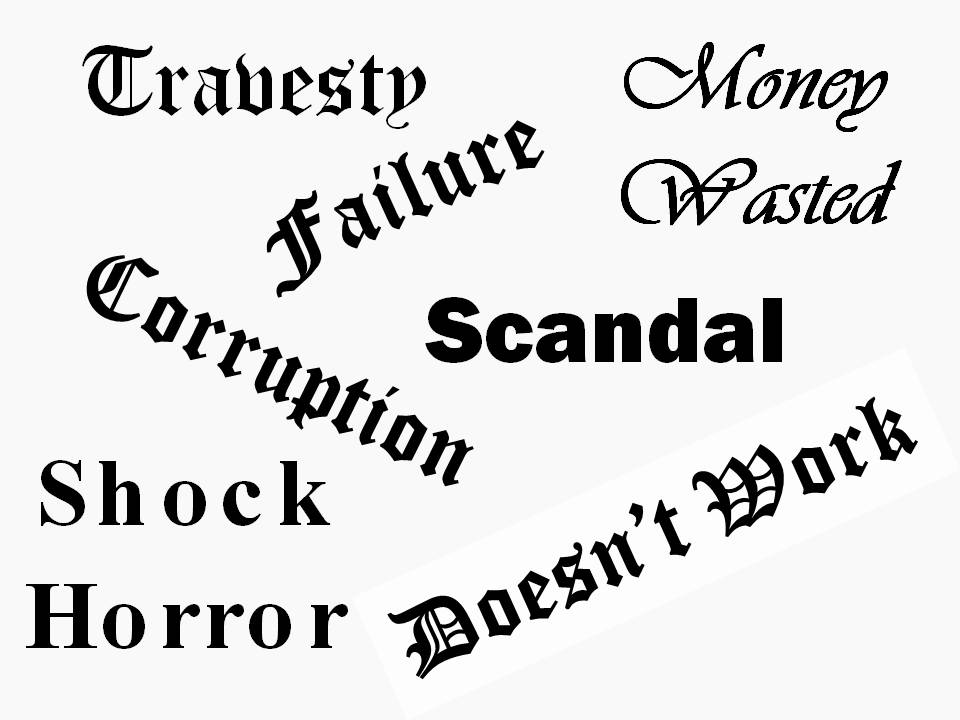 I don’t want to sound like one of those New Zealanders who moves to Australia and then spends the rest of their days lamenting the fact that everything was so much better back home. But the following statistic always leaves me feeling a little nostalgic for the Land of the Long White Cloud.

When a representative sample of New Zealanders were  surveyed by the firm UMR Research in 2007 [pdf], 76 percent of respondents stated that they thought the government should give aid. Yet, at the same time, only 29 percent of those surveyed expressed confidence that New Zealand aid “actually helps people in poorer countries”.

You couldn’t find a better expression of the Kiwi Battler spirit if you tried: aid probably doesn’t work but we should give it anyway. It is, no doubt, the same sort of sentiment that keeps us sending cricket teams to play you Australians year after year.

Of the two figures, the first is fairly easily explained: New Zealanders can see the moral case for aid. By the standards of these things, we are a pretty fortunate country. Relatively wealthy, relatively well governed. And there are a lot of people out there worse off than us. So the decent thing to do is help them out.

The second figure is a more puzzling. Why are New Zealanders so sceptical of the efficacy of aid?  They’re not alone in their doubts: over half of the respondents to a recent survey of UK residents thought that “most UK aid to developing countries is wasted.” (Although, oddly enough, Australians seem to be more confident when it comes to the efficacy of their government aid [pdf]).

One answer could be that the average New Zealander is simply well informed and well aware of the fact that aid doesn’t work. But the best available evidence suggests that aid does work. It isn’t a panacea and its success isn’t guaranteed, but in areas such as health, education, and conflict prevention, there’s good evidence to suggest that aid assists in building better outcomes. (I’ll write more on this in a future post but, for now, for examples, see here, here, and here).

I think a much more likely reason for the pessimism of my compatriots is a form of inadvertent media bias. To be clear, what I’m talking about here isn’t a concious bias on behalf of journalists or media proprietors (although I think it is fair to say that some conservative media outlets are opposed to aid and unafraid to let this show). Rather, the problem is to do with the sort of stories that lend themselves to news clips and newspaper articles in the first place.

Generally the sort of story that lends itself to being summarised in a newspaper article or in a news snippet is one involving a degree of certainty and a discrete event (or series of discrete events). Also, the sort of story that actually sells newspapers typically requires controversy, or conflict, or at the very least, risk. This is why most of the stories we read about crime are to do with specific criminal acts (‘Man Murdered in Mount Isa’, ‘Assault in Ainslie’, ‘Break in in Belconnen’) rather than overall trends (which were actually getting better last time I looked) or detailed studies of the social causes of criminality.

And in the case of aid what this means is that the majority of stories about aid tend to be ones of scandal and/or failure: claims of poorly targeted funding for education in Indonesia; allegations of misappropriated tsunami relief money in Samoa; scandals over how much consultants are paid by AusAID. These are all newsworthy stories (although I’m not sure if the Indonesia and Samoa stories are entirely on the money) but the trouble is they’re not the whole story of aid. Missing is the stuff that doesn’t easily lend itself to headlines. The fact that human development indicators are improving the world over. The long slow eradication or treatment of a range of series illnesses through aid funded work. The probability, based on cross country statistical analysis, that — despite a number of high profile failures — aid has helped stave off conflicts in new democracies. These aren’t the sort of things that inspire outrage, or lend themselves to headlines (“Aid May Have Have Reduced Infant Mortality by 0.25%.”) But they’re also stories of success. And if people don’t hear or read them, they’re not getting the full picture when it comes to aid. It’s true, they can get positive stories from the glossy reports of aid agencies and NGOs, but people tend to be sceptical of this sort of information, for good enough reason.

And so, when people hear about aid, for the most part they hear of problems and failure. And this, I think, probably goes quite some way towards explaining the aid pessimism of New Zealanders and people in the UK. I have to confess that I’m not so sure why Australians seem more optimistic, although for what is worth, negative news still plays a role in public debates and decisions about aid in this country. Take the example of the Coalition’s suggestion to defer funding for the Indonesian Schools programme as an alternative to Labor’s flood levy. It seems unlikely to me that that particular programme would have been targeted if it hadn’t so recently been the subject of criticism in The Australian.

This sort of media-induced aid pessimism is problematic. Clearly, in the New Zealand case it hasn’t stopped people from supporting giving aid. But it’s probably made this support more fragile, and more prone to being withdrawn in times of fiscal stress.

More importantly, in any donor country, if all people hear are tales of what didn’t work, they’ll never learn what works, and why. And if all people hear are stories of failure, they’ll be more likely to be swayed by simplistic calls to do things differently. The current New Zealand Minister of Foreign Affairs appears to be counting on exactly this as he reshapes the New Zealand aid programme. He’s made no attempt to gather or disseminate systematic evidence that the old aid programme was failing to produce results. Instead he’s simply asserted that Things Were Wrong. And thus far he’s gotten away with it.

Quite what the solution is to this problem, I don’t know. Obviously, the solution isn’t that the media abandons its watchdog role and stops reporting bad news about aid. This still remains a crucial transparency mechanism.

Nor do I think the solution to this dilemma involves aid agencies and NGOs simply churning out more glossy good news propaganda. As I said, I don’t think the public finds this particularly convincing. They also deserve better. Instead, I think we (we being people involved in aid) need to get a lot better at painting a complicated picture. One that includes success as well as failures, caveats as well as emotional appeals, and real insight into the complexities of aid. I don’t think this will be easy, but I do think it’s important. Either as voters, or as people making donations to NGOs, the public helps shape the way we give aid. And they’ll do a much better job of this if they’re well-informed.