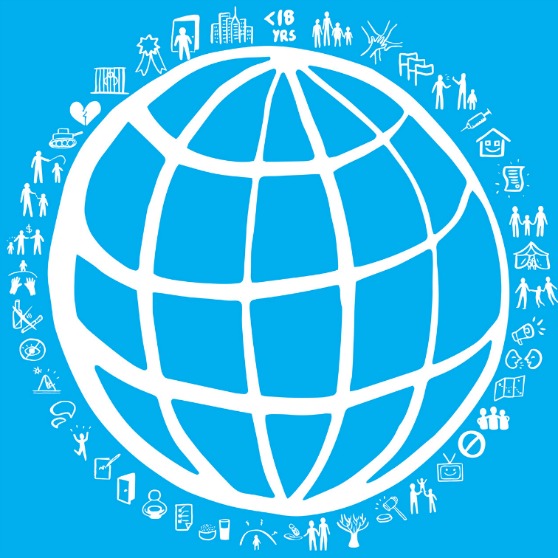 The UN Convention on the Rights of the Child has inspired great things but three challenges remain if its promise is to be fully achieved, say the ANU’s Dr Sharon Bessell and ChildFund Australia CEO Nigel Spence.

November 20 marks the 25th anniversary of the adoption of the United Nations Convention on the Rights of the Child (UNCRC) – the most widely ratified human rights treaty in history.

The adoption of the UNCRC is rightly identified as a watershed in the way children are treated and positioned within policies, services, and society more broadly. The UNCRC recast children as bearers of human rights who are entitled to an identity, to receipt of essential services such as health and education, and to protection from abuse, exploitation, neglect. As duty bearers, governments have an obligation to be proactive in the provision of such services and safeguards.

The most radical provisions of the UNCRC are the so-called ‘participation articles’, which entitle children to a range of civil rights, including the rights to information, privacy, and freedom of conscience and assembly. While children are not entitled to vote for the governments that make laws on their behalf, article 12 of the UNCRC states that children have the right to express their views on matters concerning them, in line with their emerging capacities, and to have those views taken seriously by decision-makers.

The UNCRC has been hugely influential with governments, international agencies and non-government organisations that have moved over the past 25 years to incorporate the language of rights into their organisational vocabularies and policies.

But has this made any demonstrable difference for children? What has been achieved in a quarter of a century of children’s rights? The response is both a great deal and not enough.

Crucially, the UNCRC has positioned children as a distinct social group with specific needs, interests and perspectives. This has been instrumental in prioritising children within the global development agenda. The focus of the Millennium Development Goals on infant mortality and increasing school enrolment provides a powerful example of this – and considerable progress has been made in advancing children’s rights to survival and education.

The UNCRC has transformed the way international development agencies engage with children. Children have become recognised as significant actors within their families and communities, and as active participants in development, not passive beneficiaries.

Some outstanding work has occurred to create spaces in which children, including young children, can share their views, experiences and priorities. Children are now commonly involved in the design and implementation of development projects. ChildFund projects see children in Cambodia participating as stakeholders in local government planning processes, teenagers in Zambia addressing the parliament on harmful traditional practices, children in Laos monitoring water and sanitation projects, ‘eco-scouts’ in the Philippines, youth reporters in numerous countries, as well as a flourishing of children’s clubs, youth groups and sport for development initiatives.

The recognition of children’s rights to protection has led to heightened awareness of children’s vulnerability and has resulted in important initiatives to respond to exploitation and abuse – including potential abuse from those providing children’s services and from those within the development community. Child protection legislation has been passed in nearly all developing countries, regional and national initiatives have arisen in response to problems of child trafficking, harmful child labour, street children and children without parental care, while leading donors such as DFAT have prioritised new child protection policies.

Much has been achieved. Children are no longer peripheral to the development agenda, nor are they considered only in terms of their future contribution as productive adults.

Yet, much remains to be done. Progress is unequal and rights violations abound. A girl born in Afghanistan today has the odds stacked against her in much the same way as her mother and grandmother. One in two children experience physical violence and 85 million children globally are involved in hazardous child labour.

Three challenges, in particular, must be addressed if the promise of the UNCRC is to be fully achieved.

First, there remains a perception that rights are a ‘Western’ construct that do not fit easily with the social and cultural values of many societies in the Global South. Indeed, talk of children’s rights in a context where the rights of adults are not recognised or are regularly violated is problematic. The literature from NGOs and international agencies is full of examples of ‘sensitisation’ and ‘socialisation’ of children’s rights. Yet, research also shows ongoing tension between ‘rights’ and ‘reality’. Perhaps the most acute of these is the tension between the child as a rights-bearing individual and the child as member of a collective (family, clan, village) where communal well-being is privileged. If rights are to be meaningful for children – and within the development agenda – this tension needs to be better understood and resolved.

Second, the holistic nature of the UNCRC must be recognised. There has been a tendency for governments and development agencies to focus their attentions on one article of the UNCRC. For example, the child’s right to education is often emphasised – with good reason. But other articles, which are relevant but do not explicitly address education, have often been overlooked. For example, the quality of that education, protecting children from severe forms of discipline, and ensuring teachers are well-trained.

Third, macro-economic policies that fail to address – or serve to deepen – the grinding poverty and inequality that shapes the lives of children and adults remain anathema to human rights. Without serious efforts to address the gulf that separates the richest and the poorest, both within and between countries, the promise of the UNCRC will remain a noble but unfulfilled vision.

The UNCRC is a source of inspiration. It is a guide for treating children with respect and dignity. It ensures that we value children’s lives now – not only their adult futures – as relevant to development. Most importantly, the UNCRC, obliges governments to take seriously the interests, needs and perspectives of their youngest citizens. Much has been achieved since the adoption of the UNCRC a quarter of a century ago. But much remains to be done.

Sharon Bessell is a Senior Lecturer at the Crawford School of Public Policy, ANU. Nigel Spence is CEO of ChildFund Australia.