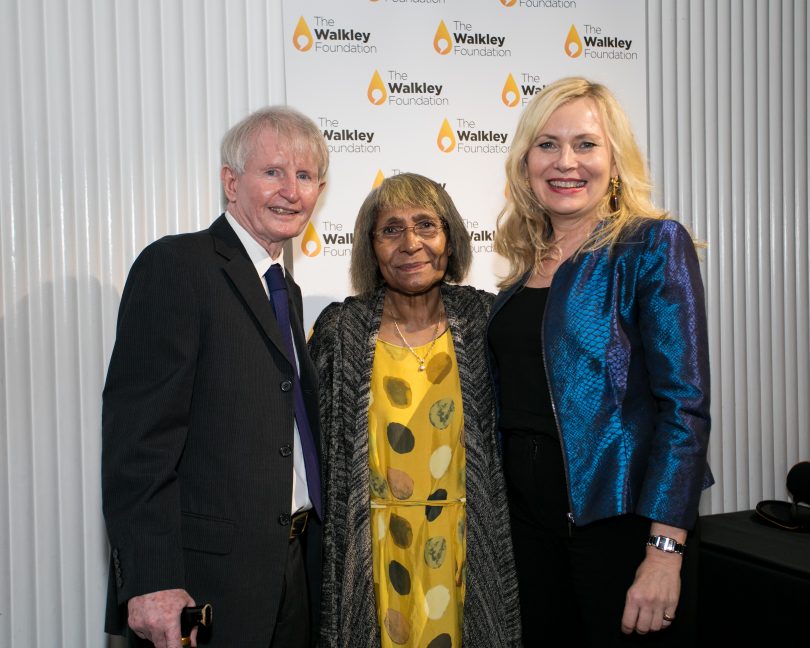 Last year, when I interviewed Sean Dorney for the Pacific Conversations series, I asked him what the elements were that contributed to whether or not Pacific issues got adequate coverage in the Australian mainstream media. He told me that there were two deciding factors: the journalists and editors had to care, and there has to be some money. Covering the Pacific is expensive and budgets are tight.

I’ve been working for a long time on getting the Australian media to care about the Pacific, and I think that will be a work in progress for some time to come. There have been some small wins and some notable losses on that front. But I hadn’t really thought about the money side of things. At least not until late last year when I managed to pin Sean down and suggest that I should speak to the Walkley Foundation about setting up something that would promote the value of Pacific journalism by the Australian media and that it should be established in his name. This would dovetail well with Sean having recently been given a Walkley Award for Outstanding Contribution to Journalism.

Having been introduced to the right people at the Walkley Foundation by Sue Ahearn, things began to fall into place. If I could find the money, the Walkley Foundation would administer a grant to be awarded for a significant piece of journalism on the Pacific further to a competitive process. Not only that, they were happy to work with a very tight timetable to allow for Sean (who is living with motor neurone disease) to be able to participate as fully as possible in the events associated with the Grant.

Why establish this Grant? Now, more than has been the case for some time, the attention of the Australian media and policy community is focused on what is happening in the Pacific islands region. The Australian public has a right to journalism that tells stories from the countries that are nearest to them, and in which significant public resources for which they pay are deployed. The establishment of this Grant allows for the following:

There were two aspects to making this happen and happen quickly. One was working with the Walkley Foundation to determine the terms and conditions, the judging criteria and who should be on the judging panel. This part was led by the Walkley team, with Sue Ahearn, Jemima Garrett, Sean and I contributing what was needed to make it fit for purpose.

The other part was finding donors prepared to contribute to the funding of the grant, and this is what I have been working on for the last few months.

All of those who have donated to the Grant so far were more than happy to do so. They see it as a fitting way to honour the work of a man who has devoted more than 40 years to covering Papua New Guinea and the Pacific. Not only that, they understand how important it is that the Australian media spends more time and effort being in the Pacific, understanding what is going on, and working hard to inform, educate, and entertain their audiences about the countries that are their nearest neighbours.

This forms part of a wider strategic conversation about how Australia engages with the Pacific islands region, in this era of ‘stepping up’. The diminishment of Australian broadcasting to the region is a matter of ongoing concern. Australia needs to be back in the conversation when it comes to the Pacific, and this requires appropriate understanding of what is needed and wanted in the region.

More and better coverage of Pacific stories and issues by the Australian media can go some way to building a domestic constituency to support increased allocations of resources to the region, whether in the form of development assistance, increased diplomatic presence, or otherwise. Not only that, more coverage of what is happening in the Pacific by public and commercial outlets will go some way to rectifying the fact that Pacific island communities in Australia are vastly under-served, when it comes to knowing what is going on in their home countries.

And so, on the back of conversations big and small, the Sean Dorney Grant for Pacific Journalism was announced on 5 April and applications are now open until 7 May. The first grant will be awarded at the Walkleys mid-year event on 26 June.

Thanks to the vision and generosity of the lead donors, this grant will be available for a number of years to come. Over to the Australian media to see what they make of it.