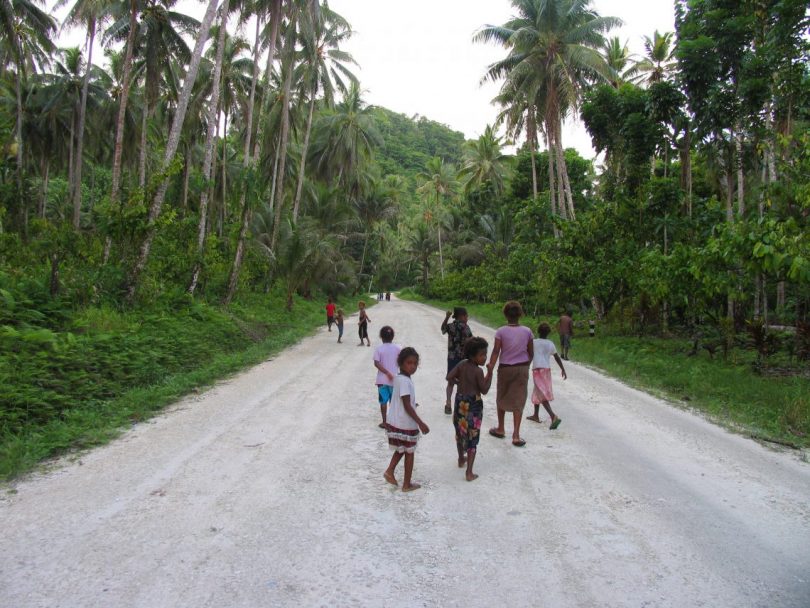 As of 24 August 2020, six countries in the Pacific Island Countries and Territories (PICTs) had reported a total of 1785 cases and 15 deaths from COVID-19. As tragic as these numbers are, the PICTs have largely succeeded in avoiding the worst of the international pandemic thus far.

COVID-19 responses have almost erased Pacific island tourism, reduced remittance flows, and interrupted trade and supply chains. The pandemic has had a varying impact on the receipts of fish licence fees but has reduced the values and income of national trust funds. It has stalled construction and investment and shifted government expenditure towards health and welfare. All PICTs have suffered from reduced commerce and trade, a resulting decline in government revenues, increasing government debt and increased unemployment. However, inflation has generally been contained, and development assistance and budget support has increased.

The extent of the initial economic impacts is now being seen in available quarterly GDP data and budget forecasts. For example, in the first quarter of 2020 GDP in Samoa was 4.2% below the level of the first quarter of 2019. In Fiji, the recent budget is projecting a 21.7% contraction in GDP in 2020 leading to a forecast budget deficit of 20.2% of GDP in the 2020–21 fiscal year. PICT governments have commonly had a substantial presence in their economies, and this has now expanded. Like other countries, PICT governments have responded to the pandemic with a strengthening of their health systems, increased social protection measures and economic subsidies, and other fiscal stimulus measures.

The social and economic impact of COVID-19 will likely long outlast the discovery and application of the first vaccines and the reopening of economies. It is likely that the infrastructure of commerce and trade, and the confidence of the public and that of private investors, will take years to fully recover. Many businesses that rely on cash flow rather than capital reserves and credit lines, that is most enterprises in the PICTs, have already been forced to close.

Whether for reasons of affordability or the continued reliance on tradition and prevailing social preferences, publicly provided social protection has generally been relatively limited in the PICTs. Social protection regimes, especially through social assistance, have commonly been limited in both depth and coverage. In 2015 the ADB estimated that in total social protection covered only 31.2% of intended beneficiaries. Social insurance, which in many countries has considerable depth but very little breadth (reaching only 8.7% of intended beneficiaries), has been dominated by provident funds and social security administrations. Since social insurance is primarily available to those in formal employment, families with members engaged in the formal sector may have benefited, but informal, semi-subsistence households have largely lost out.

Social assistance, covering around 20% of intended beneficiaries across the region, has provided limited payments for vulnerable people (old age, disabilities and child welfare). Expenditure on social protection also reportedly favours the non-poor over the poor, and men over women. Social protection responses to COVID are therefore building on a limited base. The most common social protection response has been to allow members of national provident funds to access some of their own savings. This measure reduces the future retirement benefits of the members, and again does little for those in the informal sector.

The renewed attention on social protection is to be welcomed. Although spending on social protection has increased over time (from the equivalent of 4.1% of GDP in 2009 to 6.0% in 2015), there remains much for societies and governments to contemplate and correct, including consideration of a national minimum or floor for social protection and better targeting of those in need, especially people with disabilities, the poorest and most vulnerable. COVID-19 responses further highlight the need to improve the delivery of health and other social services.

Higher levels of government debt and impaired revenue streams will curtail the capacity of PICT governments to eventually help their economies recover and reopen; these challenges will be exacerbated by weak policy and associated institutional structures. The economies that will best recover from the pandemic will be those with the greatest flexibilities in their factor, product and service markets, and those that best understand and exploit their limited comparative advantages. In this respect the PICT economies are some of the most disadvantaged with a history of public sector economic dominance, government intervention in private markets and with comparatively weak development institutions and policies, as is evidenced by annual development performance assessments by the Asian Development Bank and the World Bank.

Transformative events such as COVID-19 fortunately rarely occur. They can change societies’ perspectives and preferences. There is both a need and an opportunity for governments to engage their civil society and private sector in their responses. The ‘new normal’ raises some crucial questions for the future. Will governments return to their pre-COVID base after COVID-19? For many PICTs, recovery from the global economic and financial crisis in the mid-2000s took almost a decade. Will economic reforms generated by that recovery be forgotten? And will the impact of the pandemic encourage PICT societies to reassess the value placed on private investment and raise their preferences for private sector-led development and also for social protection?

What industries will restore jobs, incomes and tax revenues? A reassessment of domestic value-added is warranted. Could this reassessment reinvigorate support for private sector investment in agriculture and fisheries, and for tourism once travel is reinstated? A private sector-led recovery should shine a light on the need for more supportive institutions and policies in the islands. Again, each economy’s private sector will have their own set of priority concerns that might best lead a post-COVID reformation.

The impact of COVID-19 also has all PICT governments and their development partners asking what they can afford to subsidise and for how long? Again, of necessity all governments have to examine very closely how they reprioritise public sector policy and expenditure. This should also be seen as an opportunity to strengthen the institution of government policy analysis and formulation.

This month’s Forum Economic Ministers Meeting highlighted the serious impacts of COVID-19 on Pacific economies, and called for support from the international community. The meeting also lent support to relevant policy reforms. Recovery from the pandemic demands soundly based and sustained action. It also presents opportunities for further reform and focus on the most effective drivers of recovery, and yet there are risks; risks of non-intervention on the one hand, and also of inappropriate intervention on the other.

There will be a recovery. It will likely be protracted and painful. Economic reform and broader application of social protection will help reduce the pain.