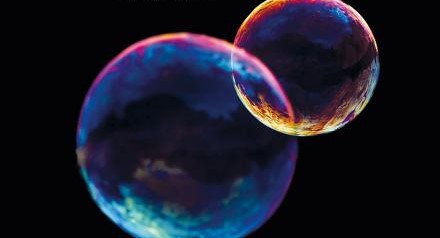 Photo from the front cover of the book

‘Hybridity’ has become a prominent notion in international peacebuilding and development circles in recent years, attracting both enthusiastic supporters and vociferous critics. As a concept it has a long and varied lineage. The term ‘hybrid’ was used originally in the biological and zoological sciences to refer to the product of mixing different elements. Since then, the concept has travelled across various social sciences in discussions around identity, culture, and aspects of political and economic order, particularly in colonial and postcolonial settings. Postcolonial scholars used hybridity to examine interactions between colonisers and colonised subjects. Their studies sought to counter monolithic depictions of colonial domination by emphasising active agency and resistance on the part of colonial subjects.

As a way of denoting the processes and outcomes of interactions between different social, political, and institutional orders, hybridity is a notion that has long informed various fields of research and policy engagement, even where the term itself has not been used. For example, the sub-field of legal pluralism focuses on the transformative effects of encounters between different socio-legal orders. This has included the interplay between ‘customary’ or ‘traditional’ forms of authority and those of introduced state-based orders in colonial and post-colonial settings. Navigating the complexities of normative and regulatory pluralism in today’s rapidly globalising world remains a key challenge for governments, international donors, NGOs and others with an interest in law and justice reform. Australia faces these issues in its aid programs in the Southwest Pacific and Timor-Leste, as well as in relation to its own indigenous communities.

The notion of hybridity has been deployed by its proponents to unsettle entrenched state-centric perspectives and draw attention to the important role of informal institutions and non-state actors in many parts of the global south. In this context, the concept has also been used to critique the continuing reliance on standardised processes of institutional transfer in donor-supported reform initiatives. For example, the influential 2011 World Development Report on Conflict, Security and Development expressly called for ‘best fit’ approaches to institutional development, drawing on ‘combinations of state, private sector, faith based, traditional, and community structures for service delivery’.

The concept has featured most prominently in critiques of the post-Cold War liberal peace and state-building interventions that proliferated during the second half of the 1990s and first decade of the new millennium. Liberal peacebuilding was premised on the view that liberal democracies are intrinsically more peaceful, stable and prosperous than other kinds of political systems. Its supporters advocated externally facilitated democratisation and liberal economic reforms as the antidote to problems of conflict, instability and underdevelopment in the global south.

Part of the initial critique of liberal peace was based on the perceived incompatibility between the liberal institutions being established or re-built through such interventions and the existing socio-political orders in the contexts of intervention. With its focus on interactions between ‘the global’ and ‘the local’, the hybridity lens was used to critique the top-down and often formulaic character of liberal peacebuilding and its universalist assumptions about institutional development. Instead, critics emphasised the messier hybrid configurations of liberal and non-liberal institutions and values accentuated through such encounters, as denoted in notions like ‘hybrid political orders’ and ‘the hybrid peace’. The first of these notions was largely based on analysis of post-conflict settings in Australia’s near neighbourhood, including Bougainville, Solomon Islands and Timor-Leste, though soon extended to other ‘fragile’ postcolonial settings.

The use of hybridity in the critique of liberal peace has, in turn, attracted its own critics. One strand of this critique points to the paradoxical way in which a concept that seeks to overcome unhelpful binaries – global/local, modern/traditional, liberal/illiberal, state/non-state – often simply ends up reinscribing them. This is evident in ‘the turn to the local’ that has permeated much critical scholarship, with a strong focus on local actors and organisations and their mediation of international interventions. Critics point to the tendency to homogenise broad and ill-defined categories (‘local’ and ‘international’), downplaying their internal diversity and the ways they overlap and intersect in practice. These categories are themselves the products of earlier processes of hybridisation with continuous interaction characterising all human and societal exchange. In this sense, everything is hybrid!

Another set of criticisms relates to the frameworks used to discuss hybridity, including the distinction drawn between ‘descriptive’ and ‘prescriptive’ hybridity. The former, as the term implies, describes processes of hybridisation and their outcomes, often through the ‘thick description’ flowing from detailed ethnographic observation. Prescriptive hybridity, on the other hand, looks at how hybridity can be purposefully designed into peacebuilding and development projects. Much of the criticism has been directed at this second type. Some have warned that prescriptive hybridity gives license to intrusive and ill-conceived programs of social and institutional engineering, while others question whether hybridity can be deliberately harnessed to accomplish stated objectives and goals.

Critics have also drawn attention to how the use of hybridity in both descriptive and prescriptive accounts can mask significant power differentials between international and local actors, as well as within each of these categories. For example, concerns have been expressed about how attempts to instrumentalise hybrid governance can be appropriated into broader neoliberal agendas and used to hollow out already ‘weak’ states, including by outsourcing public goods to poor communities themselves. Likewise, there has been concern about ‘romanticising the local’ and downplaying significant power differentials based on gender, age, ethnic or other divisions. All of which is to suggest that if the concept is used without sufficient attention to the relevant power dynamics and conflictual elements in specific contexts, it can ultimately serve to reproduce existing patterns of hierarchy, domination and relations of power.

There are many other salient issues and questions raised by the concept of hybridity and its diverse usages in the fields of peacebuilding and development. A group of ANU scholars have recently published an edited collection that explores hybridity in a wide range of different institutional and regional contexts. Combining theoretical and empirical approaches, and arguments for and against hybridity, this first book-length treatment draws on studies from different parts of the Southwest Pacific, Timor-Leste, Philippines, and sub-Saharan Africa.

Hybridity on the ground in peacebuilding and development was launched on Wednesday 16 May at ANU.

Dr Sinclair Dinnen is an Associate Professor in the Department of Pacific Affairs, ANU.