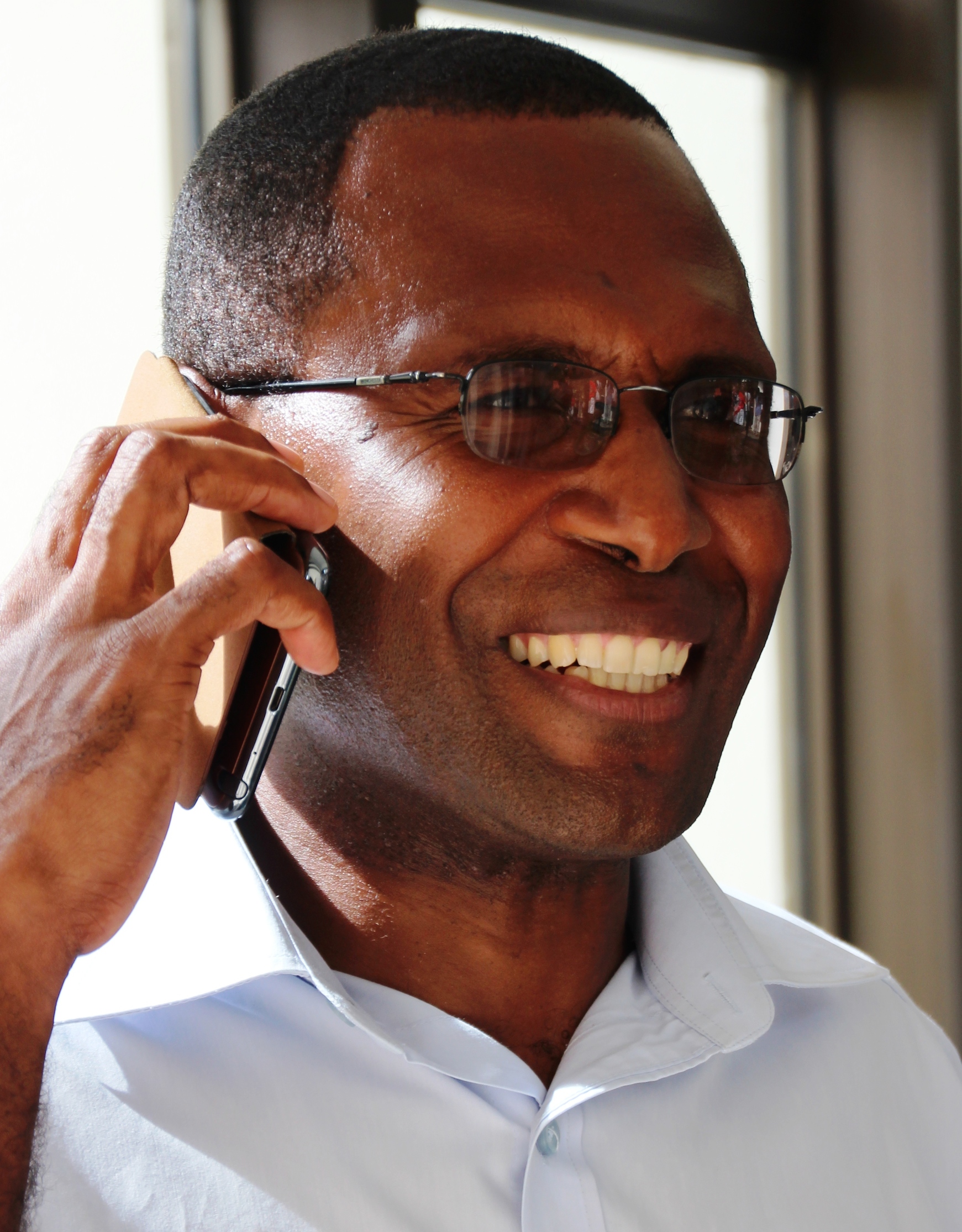 Tess Newton Cain recently met Fred Samuel Tarisongtamate, the Government Chief Information Officer for Vanuatu. You can listen to a podcast of their conversation here and read a transcript here. For the highlights of what they discussed, read on.

To begin, I asked Fred to give me an overview of the role and functions of the Office of the Government Chief Information Officer (OGCIO), which he leads. He explained that there are two areas of responsibility. The first is to lead policy development in relation to the ICT and telecom sector in Vanuatu. Since its establishment the OGCIO has worked with sector stakeholders to develop a national ICT policy [pdf], a cyber-security policy [pdf] and a universal access policy [pdf], all of which were launched in May this year. The second area of work for the OGCIO is much bigger: overseeing the implementation of an e-government broadband infrastructure throughout the country:

So our role is actually to ensure that the infrastructure is always online and that how it is operated, managed and maintained complies with best industry practice. And I’m proud to say that it’s one of the most, if not probably the most, reliable infrastructures in Vanuatu. And it is, we understand, the first of its kind in the Pacific

Integral to this activity is the maintenance of data centres and the provision of a help-desk service for all users of the e-government broadband system, whether they are in Port Vila or working in provincial centres throughout the country.

Next, Fred and I looked at some of the major changes in the ICT sector in Vanuatu in the last ten years. He identified four developments that he thought were the most significant. First was the decision by government in 2007/8 to open up the sector to competition. The main impact of this was to increase both coverage and penetration in relation to mobile phone usage:

We’ve improved from about 16-20% coverage and penetration to more than 90% coverage, including penetration as well. So we have one of the highest levels of penetration in the Pacific, even compared to New Zealand.

The second development was to establish a robust and integrated institutional governance framework, which included amalgamating several relevant portfolios within the Prime Minister’s Office and establishing the Telecommunications and Radiocommunications Regulator (TRR).

The third development that Fred identified was the arrival of submarine fibre optic cable in Vanuatu in early-2014. Even though, when we met, it had only been one month since all of the major providers had connected to the cable, the impact could already be seen:

Just by looking at the numbers, it has significantly increased the international capacity by more than 50%. And obviously the speed of internet over fibre, it’s non-comparable to the satellite connectivity. That’s now put us on a level playing field with any of our regional or international competitors.

The fourth significant development relates to the adoption of key policies. The national ICT policy provides a very clear roadmap for the development of the sector around eight core priorities:

Alongside this, the Universal Access Policy (UAP) sets an ambitious target of making ICT available to 98% of the population of Vanuatu by 2018.

We went on to discuss the potential for the e-government broadband facility to assist in service delivery and, as Fred identified, there are numerous areas in which this could happen. Already in place is access to ICT services including email, internet and VOIP facilities for all government officials wherever they are located: previously only those in Port Vila had regular access to these tools. In addition, all government officials can now access central data systems. For example, the Ministry of Finance’s Smartstream system allows staff to process financial transactions relating to both income and expenditure from their offices, rather than having to use the central office in Port Vila. There are numerous other opportunities in many sectors, including education:

… we’re connecting internet for 15 schools, as well as giving a tablet program for, at first, five schools … With the tablet, provided it’s connected to the internet, you have access to 100s of millions of items of online content and library books. So, once the teachers and students have access to all this great information in real time, that will obviously help their capacity. And hopefully ICT will contribute to the improvement of literacy in Vanuatu. Our goal is to start with 15 then … to try and connect all … 80 schools and make sure all of them are connected to ICTs.

We then talked further about the Universal Access Policy and Fred outlined what he felt was needed in terms of policy settings and infrastructure to allow for the benefits of ICT, particularly internet access, to be available to people living outside major urban areas, such as Port Vila and Luganville. In terms of policy settings, Fred reiterated the importance of institutional governance and the need for continuing political support of the key aspects of that governance. He also referred to the need to keep policies under review and be ready and able to revise them in order to reflect changes in technology or users’ needs. Additionally, he highlighted the need for the establishment and maintenance of appropriate human resourcing in key agencies, such as the TRR and OGCIO. When it comes to infrastructure, Fred was very clear about the importance of supporting infrastructure to maximise the available opportunities that ICT provides. His first concern related to energy:

We need energy. We definitely need a quality, reliable power source in all the rural areas of Vanuatu. I can tell you specifically that with the three major operators–the e-government network, TVL and Digicel–we still build our own power sources to reach some of the most remote places in Vanuatu.

Vanuatu also needs roads, wharves, airports and ‘financial infrastructure’, by way of access to financial services, for more people so that they can use ICT tools to improve their livelihood opportunities and contribute to the economic growth of the country.

Is there a role for donor partners in contributing to this supporting infrastructure and, if so, what might that be? Fred said that his office and other agencies within the sector have already received donor assistance, especially from the Australian government. He felt that whilst there remained a need for donor assistance, particularly in relation to technical assistance, the leadership needed to come from elsewhere:

I think that when you have an independent telecom regulator, it gives confidence to the industry, especially the private sector, that if they invest their money here, they will be able to play according to the rules of the game. And that’s very important.

However, he also acknowledged that the approach to regulation has the potential to promote or undermine development in the sector. He said that he was very happy with the regulatory regime as it currently operates in Vanuatu and hopes that industry stakeholders will work together in a mature and professional manner around issues such as interconnect charges or the pricing of bandwidth.

As Vanuatu seeks to embrace the potential that ICT offers, the work of the OGCIO will have increasing and ongoing significance.