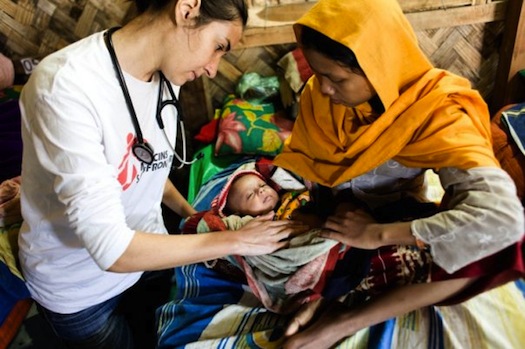 In 2007, the Lancet published a series entitled ‘Who Counts’ on the status of country and global registration of births and deaths and certification of causes of death. Lancet editor Richard Horton described the lack of progress in civil registration and vital statistics (CRVS) as “the single most critical development  failure over the past 30 years.”

It is sobering to realise that every year, 40 million newborn babies – one third of all births – are never officially registered. And every year, some 40 million deaths – three -quarters of all deaths – are neither registered nor given a medically certified cause. This stark reality has been given the well deserved title ‘A scandal of invisibility.’ In South Asia only 1 percent of the population is covered by complete vital registration records, and in Sub- Saharan Africa only 2 percent (see the  UN’s Population and Vital Statistics Report, 2011). Without effective CRVS systems, countries must rely on infrequent and expensive surveys to estimate the vital statistics to support the core functions of government and measure MDG progress.

The right of everyone to recognition everywhere as a person before the law is conferred by birth registration. The UN Human Rights Council recently adopted a resolution seeking action for universal registration at birth of all individuals, because unregistered individuals have limited or no access to services, nor to the rights to which they are entitled, and may be vulnerable to statelessness and associated lack of protection.

Civil registration, vital statistics, and cause of death data are essential public goods. CRVS (i) provides individuals with proof of identity, (ii)  underpins the realisation of legal, social and human rights (iii) generates essential statistical information that decision makers depend upon for policy formulation, planning, implementation and monitoring of programmes (iv) and generates vital statistics needed for all aspects of national planning, monitoring and evaluation.

The current global focus on aid effectiveness and results will be sadly short changed, without functional CRVS systems. Amir Attaran in ‘An Immeasurable Crisis? A Criticism of the Millennium Development Goals and Why They Cannot be  Measured‘ presents the uncomfortable truth, that by and large, the international community cannot know if true progress is being made towards the MDGs because they don’t have the data. Vital statistics are of poor quality, out of date, or simply not available. They therefore rely on estimates based on complicated models developed by leading intellectuals, but these are estimates with often very substantial margins of error. Attaran argues that without accurate data for the health related MDGs, it is impossible to determine if progress has been made toward the goals, leaving the MDGs as little more than a “rhetorical call to arms.”

The recognition of the global importance of CRVS has increased greatly since the Lancet series ‘Who Counts.’ In 2011, the United Nations Commission on Information and Accountability for Women’s and Children’s Health recommended that by 2015 “all countries [would] have taken significant steps to establish a system for registration of births, deaths and causes of death,…”   The 2011 report Monitoring maternal, newborn and child health: understanding the key progress indicators [pdf] is clear that the preferred data source for  the maternal mortality ratio and under five mortality rate is complete and accurate CRVS. The Busan Action Plan for Statistics emphasises that vital statistics are a matter of life and death, illustrating this point  with the numbers of births that go unrecorded and the 40 million people who die unnoted except by family or friends, with no records of where they died, when they died, and more importantly how they died.

This sorry state is the result of years of disorganised, underfunded, and poorly coordinated international support, limited national political commitment and public awareness, and  weak registration systems. Yet, there are immediate and well documented actions that can be taken to enhance political commitment, coordinate key stakeholders, improve the legal framework, define and allocate roles and responsibilities, mobilise human and financial resources, and build public trust.

As Australia increases its aid budget, there should be a commensurate increase in funding for measuring the impact of that expenditure. Building functioning CRVS systems in all countries which are significant recipients of the Australian aid program should be a priority, if the aid program results framework is to be reliably measured.