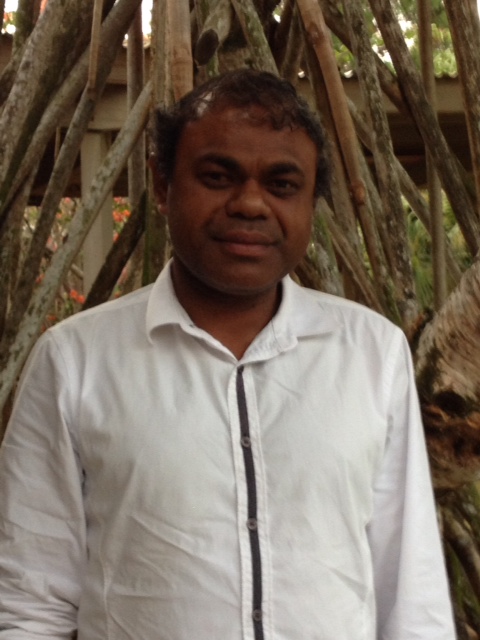 As Governor for the Reserve Bank of Vanuatu for the last 15 years, if there is anyone who knows the Vanuatu economy it is Odo Tevi. Tess Newton Cain caught up with him recently over a shell of kava. You can read the full transcript of their conversation here or listen to a podcast here. For the highlights of what they talked about, read on…

Odo began by providing a brief recap of the presentation [pdf] he had given at the Pacific Update in June (see the video here) and a summary of key things that had happened since then. He reminded us that there had been a certain amount of optimism at that time, with the expectation of significant infrastructure projects in the pipeline. Since then some of those projects have commenced whilst others are yet to be implemented. Recent data from the National Statistics Office have since revealed that actual growth in 2012 (1.8%) was lower than had been forecast (2.3%), but higher than the previous year (1%).

So there is still optimism but it will depend on how the government ensures that there is macroeconomic stability within the economy as well as projects implemented on time.

The upcoming infrastructure projects (which include road building, urban development in Port Vila, a new wharf and rehabilitation of Port Vila Central Hospital) are the main cause for optimism in the near to medium term. However, capacity constraints are a significant challenge:

But the challenge with these huge projects is that it really challenges state capacity. So we have the problem of absorptive capacity. That’s one of the challenges that we are facing in small island countries. And Vanuatu is also facing the same challenges.

Although projects of this type are expected to have a positive impact on the economy, there is a significant time lag, of up to five years, before the effects will be seen in terms of GDP growth. Odo made a particular point of identifying what else was needed in order to convert short and medium term gains into longer-term benefits:

…what the government needs to do is to have a supportive environment for these projects and other infrastructure, or other arrangements could be complementary to make it work. If you have the roads for example, you need to have other supporting infrastructure to make it work, like banking as well as education. Because if not, these projects will remain standalone and they will not spread the benefits of economic growth. In the near to medium term, yes. But in the long term, if you don’t have other supporting environment, then that could be a challenge.

Odo expressed his concerns about the level of absorptive capacity within the Vanuatu economy and illustrated that with reference to the longer-term impacts of the Efate ring road that has been built with support of the Millennium Challenge Corporation [pdf]; impacts that he feels are yet to be seen:

For example, you have the MCC road but you don’t find huge investments around Efate. It may be a good social environment, but what we want is the economic returns out of it. And that is why we want to see agricultural projects, tourism projects and other economic related activities. Some are starting, but it is quite slow.

He recognises that whilst Vanuatu has a responsibility to create a favourable policy environment to foster growth, there are other things that affect the economy that cannot be controlled, such as the impact of the Global Financial Crisis.

What Vanuatu can do is ensure that there is the supporting infrastructure. But you cannot raise all these supply side issues; what you need also is the demand side. That has to come from the investors themselves and the Ni-Vanuatu themselves if they want to invest. So that will make the equation complete because if you have all the supply side solutions but there is no demand side for it, then that’s a big challenge.

Whilst there are grounds for optimism in the short and medium term, there is a need for caution in the longer term. Odo sees the political environment, in particular fragmentation among numerous political parties, as posing a significant challenge. In addition, there are concerns about corruption in Vanuatu, which Odo describes as ‘endemic’:

As a positive counterpoint to this, Odo noted that Vanuatu has the benefit of a judiciary that has maintained its independence and noted that this provides an important safety net in this regard.

So, is Vanuatu a model for Melanesia? “Yes and no” said Odo. Yes, because of the economic reforms which Vanuatu undertook, but no because luck has now turned against Vanuatu with the global downturn, and because without better governance service delivery will remain poor.

Unexpectedly perhaps for a former central banker, but not surprisingly given his analysis, Odo nominated the key challenge for Vanuatu going forward as “the political environment.”

Tess Newton Cain (@CainTess) is a Research Associate at the Development Policy Centre. Odo Tevi was Governor of the Reserve Bank of Vanuatu for 15 years.