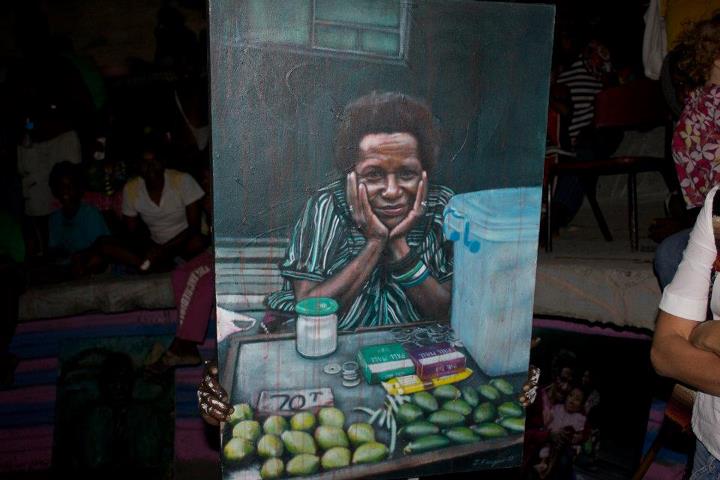 An enthusiasm for informal economic activity is sometimes dismissed as ‘promoting underdevelopment’. So facile a dismissal of this very important issue is rebutted by a careful reading of the latest edition of the World Development Report (WDR) which takes ‘Jobs’ as its subject. WDR 2013 adopts a broad definition of ‘jobs’, pointing out that ‘almost half of all workers in developing countries are engaged in small-scale farming or self-employment, jobs that typically do not come with a steady paycheck and beneﬁts’. This new WDR is notable for a positive, if somewhat qualified, endorsement of the value of informal economic activity.

Asking ‘why some jobs do more for development than others’, WDR 2013 concludes that jobs with the highest ‘development payoffs’ are not found only in the formal sector. Indeed, ‘informal jobs can also be transformational’ (WDR 2013, xiii). The task for government is to ‘identify which jobs would do the most for development given their specific country context’. This implies that in some ‘country contexts’ informal economic activity could be embraced as a transformational element in a national development strategy. Such an approach has already been advocated, here and here, for the specific circumstances of Papua New Guinea (PNG).

Jobs in developing countries are extremely diverse, marked by the prevalence of farming and self-employment and the coexistence of traditional and modern modes of production. As WDR 2013 points out, ‘jobs’ range from subsistence agriculture and traditional skills and artisanship to ‘technology driven manufacturing and services and highly skilled knowledge work’. ‘Jobs’ are performed by the ’employed’, who are defined as ‘people who produce goods and services for the market or for their own use’. Across the developing world, most ‘jobs’ are characterised by a high degree of informality, for ‘informal is normal’ (WDR 2013, 38). This is so whether informality is defined ‘on the basis of lack of ﬁrm registration, lack of social security coverage, or lack of an employment contract’. Farming and other forms of self-employment fit into this last category.

However it is defined, informality is generally associated with low productivity. This does not mean that the formalisation of jobs would automatically raise productivity, for ‘informality can be a symptom of lower productivity as much as it can be a cause of it’. Nonetheless, as WDR 2013 points out, ‘jobs’, whether formal or informal, are:

… the most important determinant of living standards. For most people, work is the main source of income, especially in the poorest countries. Many families escape or fall into poverty because family members get or lose a job. Opportunities for gainful work, including in farming and self-employment, offer households the means to increase consumption and reduce its variability. Higher yields in agriculture, access to small off-farm activities, the migration of family members to cities, and transitions to wage employment are milestones on the path to prosperity. And as earnings increase, individual choices expand—household members can choose to stay out of the labor force or to work fewer hours and dedicate more time to education, to retirement, or to family (WDR 2013, 9).

Outside agriculture, and in both urban and rural areas, there is typically a multitude of microenterprises and household businesses. These are a means of survival for the poor and enable them to diversify out of agriculture. They are important for job creation, even in ‘high-middle’ income countries. For example, the WDR notes that micro-businesses ‘account for 97 percent of employment in the manufacturing sector in Ethiopia, but still for a sizable 39 percent in Chile’. In the service sector they are even more important. In Eastern Europe, where the private sector is little more than two decades old, ‘microenterprises are the source of 10 to 20 percent of employment in manufacturing and 30 to 50 percent of employment in services’.

Qualifications to the WDR’s positive endorsement of informality emerge in its discussion of a range of country contexts, including what it calls ‘agrarian’, ‘resource rich’, ‘small island’ and ‘formalizing’ economies. These differ in their levels of development, demography, endowments, and institutions. It becomes clear that a vigorous informal economy is not equally desirable in all circumstances. Agrarian societies, we are told, must make agricultural jobs more productive, as well as creating non-farm jobs. This seems likely to give scope for transformational informal economic activity. Resource rich economies must diversify exports, connecting jobs with global markets rather than funding them from the public purse. And formalising economies (such as Brazil and Mexico) should design their social protection systems so as to extend their coverage, but without penalising job creation. In these formalising countries, the WDR’s prescription is to eliminate informality altogether, albeit progressively.

In the real world, hybrid situations are more common than ideal types. For example, PNG is treated in WDR 2013 as being resource rich. This is due to the ‘extreme case’ represented by its LNG project, whose investment cost ‘exceeded twice the country’s GDP at project startup’. But notwithstanding this massive external jolt, the great bulk of Papua New Guineans still operate in an agrarian economy, with considerably more than half engaged in small scale farming and/or self-employment. Such a proportion is substantially above the world average for developing economies. This continuing agrarian character appears to make the WDR prescription for resource rich economies (that they should diversify exports by connecting ‘jobs’ with global markets) a tall order for PNG under present conditions.

Considered as an economy in which most people are still living in rural areas and working in agriculture, perhaps PNG should also give attention to the WDR prescription for agrarian countries, where:

Jobs that improve living standards have a substantial development payoff because of high poverty rates. Cities need to be more functional to reap the benefits from agglomeration and global integration, so jobs that set the foundation for cities to eventually become economically dynamic are good jobs for development. Even in the most optimistic scenario, however, it may take decades before urbanization is complete, so increasing productivity in agriculture is a priority’ (WDR 2013,18).

Paving the way for Port Moresby, Lae and other urban centres in PNG to become ‘economically dynamic’ will include providing national and international ‘connectivity’ (including ICT, transport and logistics) and the growth of capacity in professional services, all delivered in an environment of law and order. Of course such conditions are also appropriate to the needs of a resource rich economy, but the essential difference for PNG, considered as an agrarian economy, lies in the parallel necessity to increase the productivity of its agriculture. This is true for both subsistence and market agriculture. It is also necessary for PNG to create non-agricultural ‘jobs’ in rural areas, adding value to agricultural produce and providing the services for which demand grows as agricultural incomes rise. By such means a desirable diversification of household incomes will be achieved, founded substantially upon informal economic activity which contributes to connecting small farmers to markets.