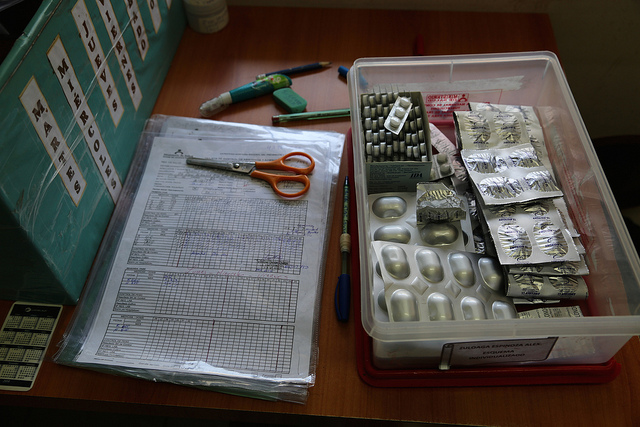 Public health and development experts have set themselves ambitious goals to rid the world of disease and end preventable maternal and child deaths. The aims of the Sustainable Development Goals (SDGs) include ending the epidemics of AIDS, tuberculosis, malaria and neglected tropical diseases; ending preventable deaths of newborns and under-5 children; and reducing maternal mortality to less than 70 per 100,000 live births. All this is to be achieved by 2030 – only 15 years from now.

Yet these same public health and development experts acknowledge that they don’t have the tools they need to achieve these goals. At the World Health Assembly (WHA) in May, WHO Director-General Margaret Chan issued a “stern warning” that the world is not ready to deal with emerging and re-emerging infectious diseases, given the “fault lines in our collective preparedness”. Chan highlighted the difficulty in controlling Ebola, “unaided by any vaccines or specific treatments,” and Zika, “with no vaccines and no reliable and widely available diagnostic tests”. The Global Plan to Stop TB states that, “without sufficient investment in the development of new diagnostic methods, anti-TB drugs, and vaccines, we will not achieve the [Stop TB] Partnership’s goal of eliminating the disease as a public health problem by 2050”. The World Health Organization (WHO) admits, “it is unlikely that the ambitious HIV targets set for 2020 and 2030 can be achieved if we rely only on existing HIV knowledge, technologies and service delivery approaches”.

Despite this rhetoric, a stubborn and deep-rooted disconnect remains between what public health experts say and what they do.

This disconnect — between declared support for research and development (R&D) of new global health tools, and an enduring reluctance to actually embrace innovation and invest in the new tools desperately required — is the very reason why patients are not getting what they need.

This is a bold statement – let’s look at the facts.

This ‘innovation disconnect’ appears at the most fundamental level.

The SDGs include one health goal, with nine related targets. Most of these targets cannot be achieved unless new drugs, diagnostics, vaccines and other tools are developed, but health R&D is mentioned only once in the SDG documents. Even then it omits key areas of need (including diagnostics, microbicides, reproductive health tools, vector control agents, and platform technologies) and is conflated with language on access to existing medicines.

For decades, innovation has not been a priority for the public health community. Their imperative was to ‘make do with what we have’, using available low-cost tools for the greatest good. Historically, around 95% of drugs on the WHO’s Essential Medicines List were older, off-patent medicines.

Public health and development experts seem to have viewed new, more expensive innovations as something for Western health systems – there was no motivation to make these products suitable for developing countries, and long delays until they became available (if ever) for these countries was accepted as the norm.

This historic disconnect led to an unproductive tension between global health and innovation, which remains today. The opinion persists: scarce health funds should be spent on programs and service delivery — getting the existing tools to as many people as possible, even if they are outdated and often ineffective. The responsibility for developing new and better tools lies with someone else.

This disconnect is unhelpful and unfounded.

In the long run, innovation doesn’t compete with program funding; rather, it frees up funding by cutting disease burdens and programmatic costs. Vaccine vial monitoring devices are estimated to have saved immunisation programs and procurement agencies more than US$140 million in wasted vaccines in the past decade. Funding that used to be spent on epidemics of diphtheria, whooping cough, tetanus and meningitis A is now freed up for other needs. And the global halving of the malaria burden through broader programs using better bednets, drugs and diagnostics, has saved hundreds of millions of dollars for patients and health systems.

A panel of world experts, including four Nobel Laureates, convened in 2013 (as part of Bjorn Lomborg’s Copenhagen Consensus) was asked to identify their top priorities to address global development challenges. Ten of the sixteen most cost-effective solutions were health related; seven of these focused on R&D innovation. These included new innovations, such as the development of a ‘generic risk pill’ for vascular diseases which would avert 1.6 million deaths per year and deliver $4 worth of benefits for every dollar spent; as well as better use of existing tools, for example, investing in safe and effective early childhood hepatitis B vaccination to avert 25% of the 600,000 annual adult deaths later in life and generating $10 of benefit for each dollar spent.

To reach the SDGs, member states themselves have approved strategic action plans for each health target, nearly all of which map out priority R&D innovations needed. But the necessary global health R&D investment by aid agencies has not been forthcoming. In 2013, only 11 of the world’s development agencies funded any global health R&D, with eight of these investing less than US$10 million per year. Three agencies—USAID, DFID, and the Directorate-General for International Cooperation (DGIS)—accounted for 86% (US$190 million) of the total.

Development agencies do spend on research, but their focus is often on operational and field research, not technology innovation or product development. In reality, the majority of public funding for new tools needed by public health programs comes from domestic science and research agencies (83% of public funding), with aid agencies providing only 10%.

Does this matter, as long as the research is funded? Unfortunately, yes. Science funding differs from development agency funding in ways that crucially matters for global health.

The example of postpartum haemorrhage (PPH) is symptomatic of this disconnect. PPH is responsible for 30% of maternal mortality in Asia and sub-Saharan Africa. The most effective treatment, oxytocin, requires refrigeration and skilled health worker administration – both unrealistic demands in many poor countries. In 2008, only meeting the SDG target of a 70% reduction in maternal mortality should, logically, include new tools for PPH — yet development agencies provided only US$1.1 million in total to R&D for PPH in 2013.

So how can we bridge this disconnect?

Global health and development agencies need to recognise and define their R&D needs, and commit serious global health R&D funding to support these, particularly in product development. These agencies must demand inclusion of R&D indicators related to global health goals — without R&D and a metric to drive it, these goals cannot be achieved.

Innovation can, and should, become an integral part of the global public health paradigm, built on the recognition that, rather than competing for aid dollars, innovation decreases the demands on aid funding by shrinking diseases. The cost of R&D, which seems so high during the innovation process, becomes vanishingly small over decades of use and millions of patients, and even more so when set against the saving of lives and health dollars that are the hallmarks of good innovation.

Margaret Chan emphasised in her WHA speech that “for infectious diseases, you cannot trust the past when planning for the future”. If global health experts do not start to routinely include not only today’s knowledge but tomorrow’s tools in their vision and actions, we cannot realistically hope to reach ambitious global health targets and bridge the ‘fault lines’ in our response to the world’s greatest health challenges.

Kate Finch and Pippa Markham are Advocacy Consultants for Policy Cures. Dr Mary Moran is Founder and Chair of the Board of Policy Cures.

Kate Finch is an Advocacy Consultant for Policy Cures.

Pippa Markham is an Advocacy Consultant for Policy Cures.