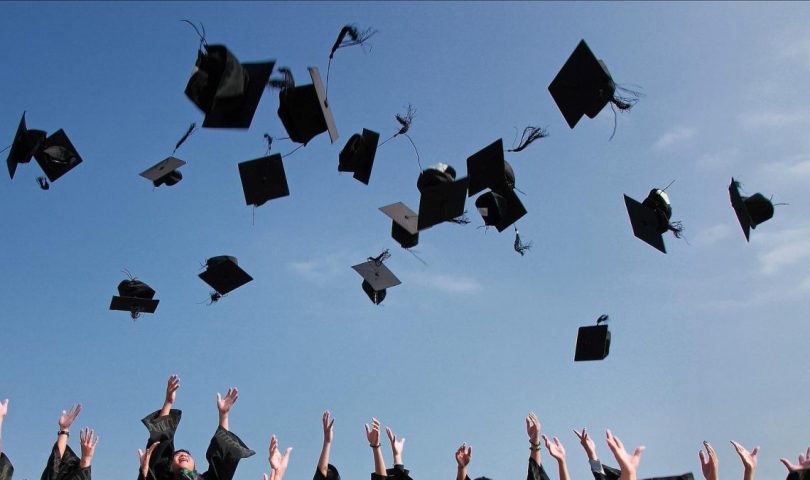 Most people have a rosy view of their education, recalling great friends and inspiring teachers. Thus the very title of Bryan Caplan’s book The case against education: why the education system is a waste of time and money is likely to provoke. Is he really arguing against education? Yes he is, and he makes a surprisingly compelling case. While more education is associated with higher income, he argues that this is not because individuals are reaping higher returns to the skills they obtained in the labour market (the human capital story) or that those with higher abilities are likely to have higher education levels and higher income levels (ability bias). Instead, education – at least as it exists today – is mostly a way for students to signal that they are good workers to potential employers.

Whether the positive education-income link is a result of human capital or signalling is an old debate in economics. Most economists agree both play a role in labour markets, but which captures the reality best is where things get interesting. Implications for public policy differ greatly: more public spending for education in the signalling model would simply lead to credential inflation and a waste of taxpayer money. Thus, Caplan argues for education austerity and more vocational training.

As good a read as The case against education is, for each of its author’s main arguments, there’s a counterargument that pushes in the human capital direction. In what follows, I challenge Caplan’s arguments and signalling theory more generally.

First, Caplan argues education has virtually no effect on the cognitive ability of students. If the return to education was really all about building human capital then we should be able to show it builds the skills of students. Otherwise, it’s clearly all about signalling. He points to empirical work showing education has a positive impact on IQ, but that it tends to fade over time. Even the more fundamental ideas don’t seem to stick. If you try to get students to apply the scientific method, for example, they do poorly. Education advocates often argue students are “learning how to learn” rather than learning itself. In other words, you can’t just expect students to do well on measures that test them on what they’ve learned. When a student writes an essay on War and Peace, they’re learning to organise their thoughts and discipline themselves, which will be useful in whatever job they work someday. Caplan, however, points to a large educational psychology literature that shows little evidence for such optimistic thinking.

But not all empirical evidence supports Caplan’s view. While it is not the goal here to fully review an empirical literature, it’s fairly easy to find studies that counter Caplan’s narrative. A meta-analysis, for instance, reads as follows: “[a]cross 142 effect sizes from 42 datasets involving over 600,000 participants, we found consistent evidence for beneficial effects of education on cognitive abilities, or approximately 1 to 5 IQ points for an additional year of education.” Furthermore, these effects “persisted across the lifespan”. And there are a ton of papers like this. So if we’re to take Caplan’s argument to heart and consider dismantling the education system tomorrow, the amount of literature directly at odds with his evidence should give us serious pause.

Second, like any good economist, Caplan addresses the opportunity cost of education. In his provoking style, he argues that a world where young people spend time in the labour market may actually be more beneficial than time spent in school. In this sense, he refers to himself as an advocate for child labour. (I told you he’d provoke!) Education advocates may think kids should be protected from the venal ways of the real world, but Caplan argues this is a naïve view of both students and schools. He points to the lack of engagement often found in a high school classroom: most students aren’t hanging on to every word of Hamlet or begging for extra tips on how to integrate a function. Furthermore, we’ve all had a teacher who’s been asleep at the wheel. Caplan argues that students would find themselves more engaged and better prepared for their future careers if they skipped over high school and went straight for the workforce.

But whatever you think about children in the workplace, others have raised a more important question: are the opportunity costs of high schoolers’ time in school especially high? Perhaps Caplan’s argument that education enthusiasts are naïve is true, but he seems equally naïve about the rewarding and fulfilling employment prospects of high schoolers! Caplan is quick to note that he is criticising education as it exists today; he should be equally quick to reconcile his recommendations with the labour market as it exists today. Perhaps high schoolers have to slog their way through some classes they dislike, but it seems the alternatives aren’t so great either – particularly in an advanced economy where jobs require more skills than ever. Any high schooler who’s worked a low skill job, be it a summer spent as a supermarket clerk or an ice cream scooper, is wise enough to know that the real world can be just as boring as geometry class. Rather than the alternative to high school being an engaging career in the labour market, it seems more likely to be something with an even lower payoff than education – possibly one that’s negative. Surely Caplan would be popular amongst some angsty teenagers, but he fails to deliver a realistic and compelling alternative to high school education.

The third relevant point is that economists have long observed that the earnings differential between those with degrees and those without degrees increases over time. This is sometimes used to argue against the signalling model which predicts the gap would decrease as an employer observes his/her employees’ productivity on the job. In other words, signalling may be useful to employers initially, but become irrelevant over time. Caplan simply argues the gap is because employers are too nice to fire people, explaining away this challenge to signalling. Maybe. Human capital, however, offers a much simpler and more intuitive story. The difference in skills creates the gap in the first place and the increase over time can be explained by on-the-job training.

Finally, there is the “sheepskin effect.” If education was all about human capital you might expect an equal return to each year of a university degree (which used to be written on sheepskin). Yet numerous studies show the graduation year has a much higher payoff. In other words, individuals who graduate have a much higher return than those who skip the last year or last semester. To some, including Caplan, signalling is the only reasonable story here.

If we just consider what types of students graduate and what types drop out, however, the sheepskin effect is rather unsurprising. Labour economist Barry Chiswick, for instance, made the case that graduates may simply be more efficient learners than dropouts. By seeing their productivity not being substantially influenced by more schooling, dropouts leave school whereas graduates get their diploma. Importantly, this is consistent with signalling and human capital. Furthermore, just consider how students who complete three of the four years in an undergraduate degree – a very strange cohort – might differ independent of productivity. Perhaps they were diagnosed with cancer, hit by a bus, or simply ran out of tuition money. Any one of these might reduce an individual’s income and would create sheepskin effects without necessarily reinforcing a story that it’s all about signalling.

All in all, everyone should read this book – especially if you have a rosy view of your time in school. Education shouldn’t be too precious to scrutinise. Caplan may be right in criticising certain aspects of the system, but you don’t have to push human capital to the side to believe in smarter public spending or more vocational training. More importantly, he certainly hasn’t made the case for the complete defunding or dismantling of the education system. The function of education in labour markets is extremely complicated. Sure, some of it is signalling. But much of it is about human capital accumulation.

‘The case against education: why the education system is a waste of time and money’ by Bryan Caplan was published in 2018 by Princeton University Press.

Matthew Woolf is a PhD student in Economics at ANU Crawford School of Public Policy.