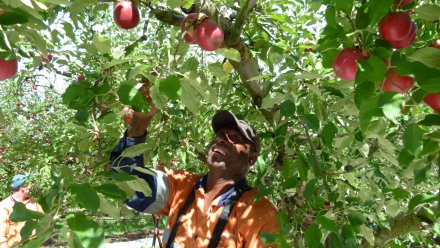 The research report launched on 18 February at ANU, Australia’s Seasonal Worker Program: demand-side constraints and suggested reforms, identified three main factors inhibiting a more rapid uptake of the Seasonal Worker Program (SWP): an over-supply of labour; concern about the perceived costs and risks of participation in the program; and a lack of awareness about, or negative impression of, the program.

In this post, the second in a three-part series based on my presentation at the launch (read part one here and part three here), I will consider these factors from an employer’s perspective.

An over- and under-supply of labour

During the height of our season, we have hundreds of backpackers knocking on our door and ringing us up asking for work. They, like the few Australians who apply, are often unused to manual labour and unfit mentally and physically for the hard physical work we have on offer, hence their very low retention rates. The expansion of the working holiday visa has also had the unintended effect of increasing the number of backpackers who work solely for my signature on their second visa application, often with no concern for productivity. In my first post I discussed the relative productivity figures of Australian and backpacker workers as opposed to seasonal workers: these numbers tell the story.

On top of this situation, there can be the additional problem of the illegal labour industry, which offers cut price labour. Our remoteness from major cities seems to mitigate against illegal labour, and may partly explain the spike in the use of the seasonal worker program in our relatively small area.

The costs and risks of using the SWP

Concerns about the costs and risks of using the program are very real. Farming in Australia is a pretty tough business. Our costs of production are very high, which makes it particularly difficult for businesses like ours because we are competing in a world market, and our major competitors have vastly lower costs of production.

Combine this with the fact that we are generally not price setters but price takers – although we try very hard not to be – as well as the influence of the value of the Australian dollar, and it can get very tricky to balance the books. Also, in horticulture we now have the wages component of our costs rising as high as 50%.

Using workers from the SWP is more expensive than local or backpacker labour, in both direct and indirect ways. These include:

Most of these costs have never been quantified – an area warranting further research. I suspect some of them are greater than we all imagine and most AEs just put them in the “labour of love” category. But a lot of farmers are not willing, or just not able, to take on any extra cost burden.

When you combine these costs with the risks involved, and the commitment to provide work over a relatively extended period of time, balanced against the natural disasters that are part and parcel of farming, it all starts to look a bit less attractive.

A lack of awareness, and the reputation of the SWP

Promotion of the SWP has been a bit schizophrenic. There was initially a great reluctance to actively promote it because of the fear of appearing to promote the use of foreign workers over Australians. Should the Australian Department of Employment, charged with dealing with policy and issues surrounding the employment of Australians, be actively promoting the employment of foreign workers? Promotion was initially very “softly, softly”, to the extent that no one really knew it existed. I found out about the program when approached by a member of our local Tongan community who wanted to help people back home.

I really believe this fear of promoting foreign workers is still constraining effective promotion of the scheme. Yes, there is backlash in local communities. We had a couple of local contractors who had been using our chronic shortage of skilled workers to price themselves out of the market. They were most disgruntled when there was suddenly no longer a shortage, and actually tried to stir up dissent in our community. Such attitudes do exist, and do need to be addressed – you can’t avoid them.

Successful promotion of the program is essential. There are thousands of people from the Pacific and Timor-Leste ready, able and willing to come and work on Australian farms. All the participating countries are actively promoting their workers to the existing AEs, but there is no real point to this until you have got the Australian demand situation sorted out.

As to the reputation of the program, I unreservedly recommend the SWP for its ability to supply productive, experienced workers for our business. I do not ever want to go back to the situation where we were totally reliant on backpackers as our labour source. I also don’t know of anyone in our area who has tried using the scheme and not gone back the next year with a request for more workers. That is why the numbers are increasing to the point that, just recently, a limit on the number of workers that we can employ has been put in place.

Susan Jenkin is the owner of Ironbark Citrus in Munduberra, Queensland. Her business has participated in the Seasonal Worker Program since it was piloted. This post is the second in a series based on a presentation that Susan gave at the launch of the report, Australia’s Seasonal Worker Program: demand-side constraints and suggested reforms on 18 February at ANU. The first is here and the third post can be found here.