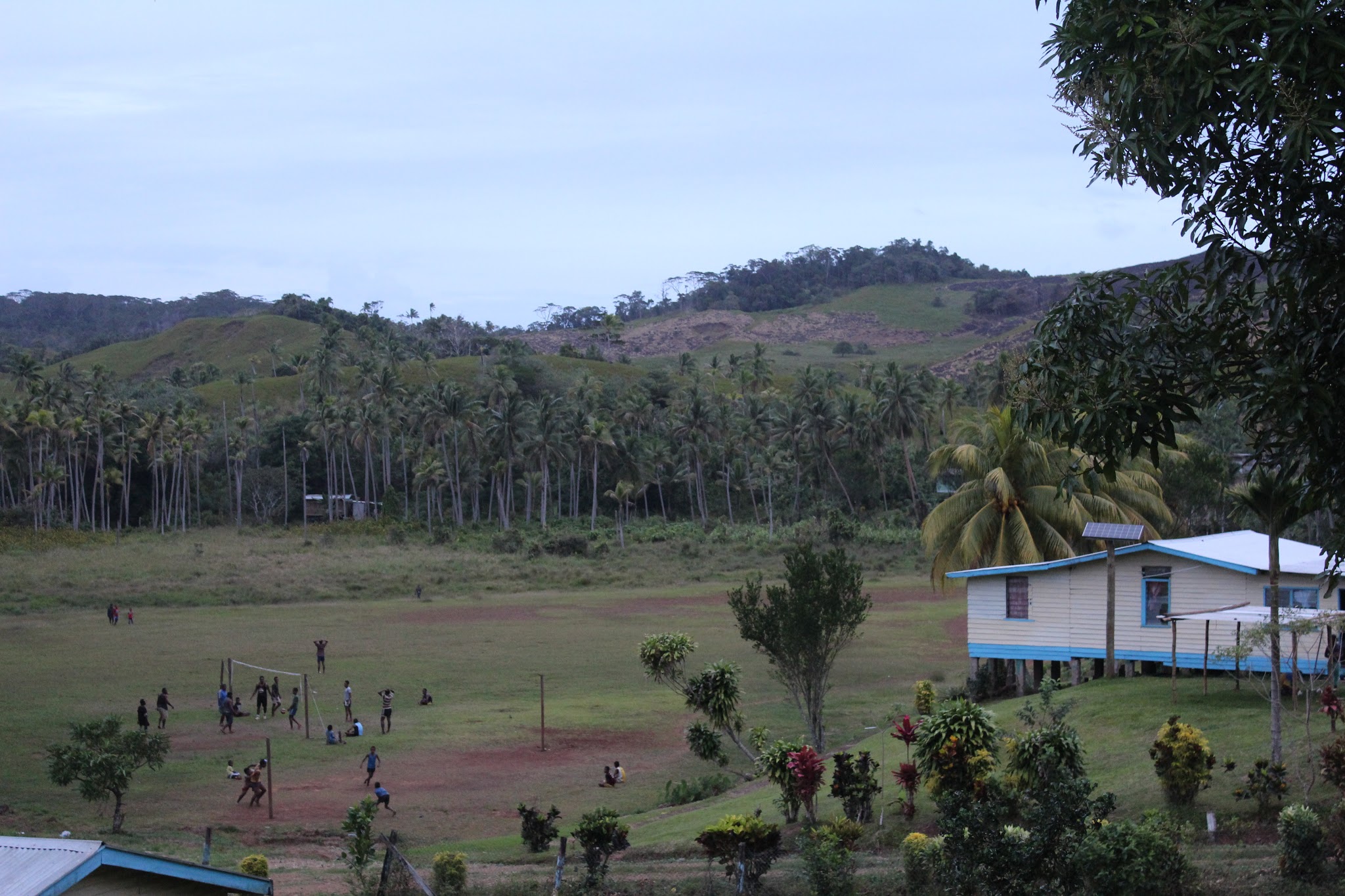 The Republic of Kiribati – comprised of 32 atolls that are on average just a few metres above the ocean – may almost entirely disappear in the coming decades as sea levels rise due to climate change. Even a relatively small increase in sea level has the potential to make the 100,000 strong population the world’s first climate refugees.

The President of Kiribati, Anote Tong, made headlines [link in French] worldwide when he pioneered the purchase of a plot of land in Fiji to relocate his nation in the face of this threat. As an advocate of action to reduce carbon dioxide emissions, he has worked tirelessly to raise global awareness of the plight of Kiribati and other similar atoll nations. Tong’s speeches often focus on the inevitability of Kiribati’s inundation as the “canary in the coal mine”. Asserting that “it is already too late” for Kiribati, he uses this urgency to persuade other world leaders to reduce their nations’ carbon dioxide emissions and to prevent further future displacement of populations due to a changing climate.

This discourse has caused consternation for many in Kiribati who are unwilling [pdf] to believe the islands could disappear, and indeed the scientific evidence to date is mixed (coral atolls can grow as oceans rise). But Tong has won strong support with the Coalition of Atoll Nations on Climate Change (CANCC), which includes Kiribati, along with Tuvalu, Tokelau, the Marshall Islands and the Maldives, declaring in October 2015 that climate change is a “major existential challenge”, and endorsing Kiribati’s idea of migration with dignity.

Kiribati is also the only atoll nation known to have purchased land abroad for relocation. The purchased land is the 5500 acre Natoavatu Estate, a freehold property that is a rarity in Fiji where much of the land tenure is customary and unavailable to foreigners. The Government of Kiribati purchased the estate for US$8.77 million in 2014. Fiji’s current prime minister has said he would welcome climate refugees from Tuvalu and Kiribati, although there are no legal precedents or ways of enforcing this in the event of future leadership changes. Kiribati’s purchase does not mean sovereignty over this land. As such, there is no legal guarantee that the I-Kiribati could move to the land, and the terms of the migration would be solely contingent on the Fijian administration. 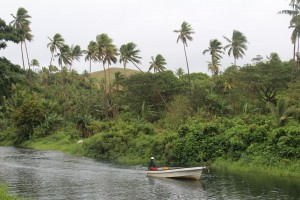 In the centre of the purchased land is the village of Naviavia, home to some 500 ethnic Solomon Islanders, the descendants of slaves blackbirded from their home islands in the late 1800s and now Fijian citizens. Since emancipation, the Anglican Church had kept the estate in trust for the villagers, allowing them to live there and utilise the agricultural land around their village. This situation changed following the sale of the land. Under the new ownership structure, the villagers have been left to live on a 300-acre plot in the centre of the land that the church retained ownership over. According to village headman Sade Marika, the villagers have received no communication from Kiribati officials and in their absence have continued to farm the land surrounding the village. However, their lack of indigenous Fijian heritage means that they have no land rights and they fear further displacement if or when the Kiribati government utilises the land.

President Tong has given multiple explanations for the purchase, each of which has been challenged on technical and practical grounds. Tong initially said, “We would hope not to put everyone on [this] one piece of land, but if it became absolutely necessary, yes, we could do it.” More recently, Tong has offered a more nuanced reasoning for the acquisition, citing its possible use for food production and as a safe financial investment for Kiribati. However, most media outlets continue to cite the original explanation of migration due to climate change, perpetuating indecision regarding the actual utility of the land. 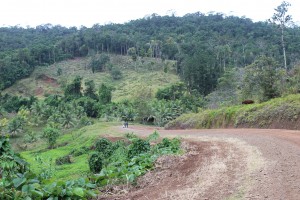 An extended stay with the villagers living on the Natoavatu Estate made it clear that it would be extremely challenging to relocate even a small part of the population of Kiribati there. The village headman reports that there is insufficient land for the community’s own needs and their food security is threatened. Much of the remainder of the estate comprises steep forested hills and mangrove swamps unsuitable for settlement or agriculture. Cattle herding dominates agriculture in this part of Fiji and arable crops include kava, taro and rice. Although fish is a major component of the I-Kiribati diet, local fishing rights are reserved solely for indigenous Fijians. These combined factors suggest that any relocation to this area could present a significant challenge for residents of sandy atolls with limited agriculture.

Agricultural development for export of food would also face challenges due to the remoteness of the land. Its location on an outer island with limited transport options means that costs will restrict export competitiveness. Observers argue that the land was a poor investment, claiming that it was purchased for four times more per acre than similar surrounding properties.

Kiribati – and the broader movement to garner attention for the plight of small islands states in the face of climate change – has no doubt benefitted from the increased media exposure the purchase has brought. Tong has propelled himself to the front of the climate change debate, raised awareness of Kiribati’s plight and positioned small island states as important leaders in the global climate debate. However, the land purchase is an expensive way to make a symbolic statement, if that is all it is. The immediate financial needs of this tiny nation are pressing – Kiribati has one of the highest levels of both TB and diabetes in the world. The amount spent on the land represents approximately five per cent of Kiribati’s annual GDP. Was this a sensible use of scarce public funds? The reader can decide.