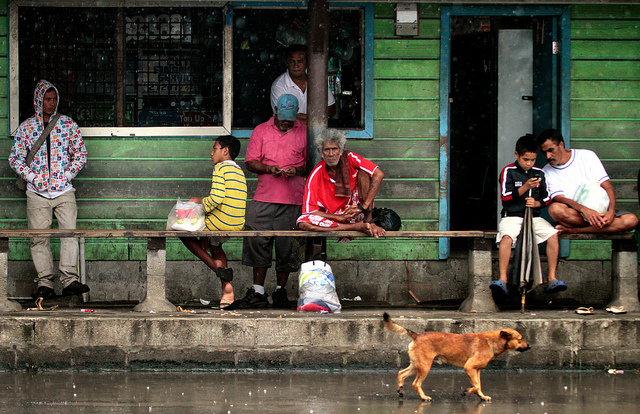 What causes economic growth? How long do periods of rapid economic growth last? How have the Pacific island countries (PICs) experienced growth? And what part does aid play in the cycle?

In one of his many insightful writings, Lant Pritchett expressed his frustration at the “reams and reams of growth regressions” that have been undertaken over many years without yielding any clear idea about the factors underlying economic growth. Instead, Pritchett suggested that effort should be put into identifying periods of substantial growth in countries and, by developing an in-depth understanding of the country’s situation, try to pinpoint the causes of the growth spurt (and its end).

Much effort has been given to the specification and estimation of growth regressions in the PICs, again without much clarity about the factors responsible for their economic growth, or lack of it. In my recent paper in Asia & the Pacific Policy Studies, I took up Pritchett’s challenge in attempting to identify the reasons for growth (or lack of growth) in eight PICs, and develop narratives about the macroeconomic or microeconomic reasons for the growth episodes in each country.

In identifying growth spurts, a subjective benchmark has to be set to judge what could be considered a period of robust growth. The growth rates of the PICs do not compare with the recent rapid growth rates of the People’s Republic of China or other fast-growing East Asian countries. Hence, real GDP growth rates averaging around three per cent or higher, sustained over a period of four years or longer, were taken as the periods to be studied.

All five countries receive relatively large amounts of aid. For the latter four, aid appears to have played the main role in the limited GDP growth spurts they experienced. FSM and Kiribati also receive relatively large revenues from fishing licence fees, while Tuvalu has fluctuating income support from the Tuvalu Trust Fund, its .tv domain name, and fishing fees. However, these revenue flows have not provided a basis for economic development.

Among the US Compact countries, Palau stands out for being able to foster growth through support for tourism, and it does not appear to have become as aid-dependent as the other two. In FSM, RMI, and Kiribati, aid dependency appears to have sapped incentives for entrepreneurship and development of the private sector.

Samoa and Vanuatu have been able to generate one sustained period of good growth, mostly through reform efforts and largely from tourism, as a result of liberalising international air services. Funding of construction activity has also helped. Tonga’s growth experience likely reflects the absence of positive policies and institutions on the one hand and the strong support from remittances on the other. Vanuatu has received very little assistance in the form of remittances as few Ni-Vanuatu have been able to migrate for work. Therefore, its ability to generate a sustained growth spurt in recent years, mainly through policy reforms supporting tourism, has been commendable.

The GDP growth differences between Palau, Samoa, and Vanuatu on the one hand and FSM, RMI, Kiribati, and Tuvalu on the other has largely been a function of the provision of a friendly business environment, in particular the development of tourism. The former PICs have secure property rights to land for tourism, as well as open markets for international airline services, mobile phones and Internet services. Thus they have globally integrated their tourism sector, which makes good economic sense given that PICs have a comparative advantage in tourism.

Overall, this suggests that unless it leads to changes in institutions and policies, aid does not have long-lasting, positive growth impacts. The limited experience of Samoa and Vanuatu does support the idea that reform can lead to growth spurts. On the other hand, as experience in FSM and RMI appears to show, substantial aid may raise GDP growth for short periods, but it may well have very adverse impacts over the long run.

Ron Duncan is Emeritus Professor at the Crawford School of Public Policy at The Australian National University. This post is republished with permission from Policy Forum, Asia and the Pacific’s platform for public policy analysis, debate and discussion.

Ron Duncan is an Emeritus Professor at the Crawford School, ANU. His research is currently focused on the binding constraints to growth and ‘clientelist’ politics in the Pacific.