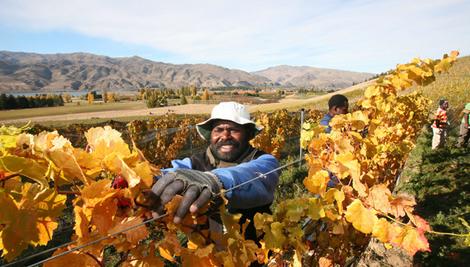 Ever since the 1980s, Australian academics and official reports have called for Pacific Islanders to be given better access to the Australian labour market. To its credit, the Rudd Government introduced the Seasonal Worker Pilot Scheme in August 2008. The scheme allows Pacific Islanders to engage in farm work in Australia for up to seven months a year. Unfortunately, the scheme has never taken off, with less than 100 Islanders participating in the two years since its launch. Theories for its failure abound ranging from excessive red-tape to the prolonged drought.

In stark contrast to Australia, New Zealand has always offered preferential migration treatment to its Pacific neighbours. It has granted citizenship to all residents of the Cook Islands, Niue and Tokelau. The Samoan Quota Scheme set up in 1970 allows up to 1,100 Samoan nationals to become permanent residents of New Zealand every year. And the Pacific Access Category introduced in 2002 allows another up to 750 Pacific Islanders to become permanent residents.

New Zealand also got ahead of Australia in terms of temporary migration, introducing a seasonal workers scheme (the Recognized Seasonal Employer or RSE program) one year before Australia, in 2007. Again in contrast to Australia, this scheme has quickly taken off. In 2009, some 8,000 Pacific Islanders worked in New Zealand under it.

Now World Bank economist David McKenzie and Professor John Gibson of the Waikato Management School in New Zealand have released their long-awaited evaluation of the New Zealand RSE scheme. McKenzie and Gibson note that the scheme has already been evaluated from a domestic perspective, with that study showing little displacement of New Zealand workers, very low overstay rates (1% or less), and only a few isolated cases where concerns about worker exploitation have arisen.

The remaining question for the NZ scheme then is whether it has had a positive development impact in the Pacific. Based on household surveys underway in Tonga and Vanuatu since the scheme’s commencement, McKenzie and Gibson answer this question overwhelmingly in the affirmative. They find that the scheme has led to an average increase of over 30% in per capita household income among participating households in the two countries. Participating households also considered themselves better off. The scheme has strong support from community leaders, and has increased child schooling in Tonga though not Vanuatu.

Overall, the authors conclude that the New Zealand seasonal worker scheme is “among the most effective development policies evaluated to date” and “should serve as a model for other countries to follow.”

All of which is good news for the Pacific, and a pat on the back for New Zealand. But it also raises the stakes for Australia. Though more analysis is needed, clearly Australia’s seasonal worker scheme isn’t working, and it needs to be fixed. But we should also look at New Zealand’s permanent migration schemes, which are far more flexible and require less bureaucratic intervention, and which also appear to work well, as a 2007 study showed. Fixing our seasonal workers scheme and opening a Pacific window into our permanent migration program should both be on the development agenda in Australia.

Stephen Howes is Professor of Economics at the Crawford School and the Director of the Development Policy Centre.