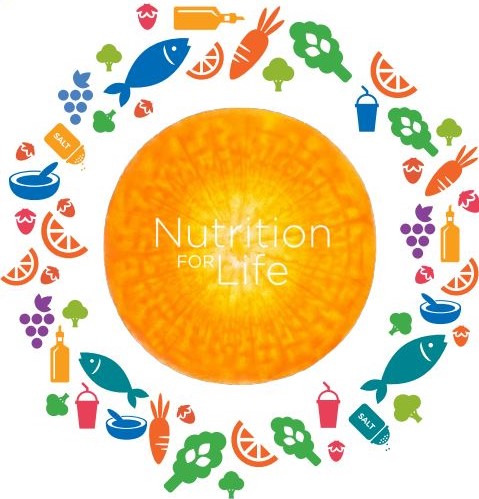 In an attempt to help combat malnutrition, the WHO has a 'Pocket guide for a healthy diet'

Across the world, malnutrition is pervasive and widespread. Many of us associate malnutrition as only being a problem in countries on the brink of famine, but in fact it is experienced in one way or another by nearly every country on earth. In our region, it is a critical issue for many Pacific countries, impacting health and social and economic development.

However, this is an issue that the world actually has the ability to fix.

According to the recently released 2018 Global Nutrition Report, we are now in a better position to tackle malnutrition globally than we have ever been. For example, we now know more about what people eat, why it matters, and what needs to be done to improve diets. Across the world we are seeing the benefits of well-funded nutrition plans, with strong nutrition targets championed by influential decision makers.

Globally, malnutrition remains the world’s deadliest killer of young children, accounting for around 45 per cent of deaths among children under five, and 20 million babies being born underweight.

The magnitude of the malnutrition problem is amplified in the Pacific. Australians react with disbelief when I tell them that Papua New Guinea, our closest international neighbour, has the fourth highest child stunting rate in the world – with almost one in two children stunted. The stunting rates remain high across all Pacific countries, with the Global Report revealing that on average, 38 per cent of children under five in the region are stunted. This compares to 20 per cent globally.

The effects of malnutrition not only threaten the survival and development of over half a million children, it also poses a major threat to sustainable economic growth in PNG.

This is because the human and economic costs of malnutrition are inextricably linked. Evidence clearly shows that a child will suffer irreversible cognitive and physical impairments if they are undernourished in the first 1,000 days of their lives.

These impairments limit a child’s education and employment prospects, eventually translating into reduced household level incomes and economic productivity at the national level.

The 2018 Global Nutrition Report also highlights the two sides, or ‘double burden’ of malnutrition – both undernutrition (wasting, stunting and micronutrient deficiencies) and obesity or diet-related non-communicable diseases (NCDs). This has resulted in the paradox of 16 per cent of women in the Pacific suffering from anaemia while 35 per cent of girls (aged 5-19) are deemed to be overweight.

This double burden creates a complexity of issues – with some people having too much of the wrong food and others having too little of the right food. A school aged girl interviewed for a forthcoming report on barriers to school attendance by Save the Children in PNG said that she had “friends who have problems with food, some go without food for days because sometimes their parents are not working and cannot afford to buy enough food for them”.

Nutrition in the Pacific is also intertwined in complex social and family dynamics. It isn’t just about access to food but is also tied to issues of neglect, family violence, and existing gender norms. A 16-year old girl in PNG reported to Save the Children that “the last time I felt hungry was because my mum and dad got into an argument, so we couldn’t cook”.

The recognition of the need for action is growing in the Pacific, with all four Melanesian governments having adopted national nutrition policies (as stand-alone or as part of broader health policies). In PNG, the government has taken an important first step in developing a national nutrition policy – endorsed by five Ministers and the Prime Minister. These policies outline a roadmap for tackling malnutrition in countries like PNG, but they will be meaningless without the resources required to implement them.  Now is the time for Pacific nations, government and private sector partners to allocate much-needed human and technical resources to end malnutrition.

While international donors, including Australia, have recently become increasingly focused on infrastructure expenditure in the Pacific, there is also a need for them to invest in grey matter infrastructure (investments to prevent malnutrition early in life) to ensure smart, healthy children can thrive and drive future economic development.

Without investing the required human and financial resources upfront, the Global Report estimates that the long-term costs of malnutrition will be up to US $3.5 trillion per year on a global scale, with health problems associated with people being overweight and obese costing US $500 billion per year.

This leaves us with a simple choice – if we want future generations of children to grow and prosper, then determined investment in the foundations is critical. Otherwise, another generation of children in the Pacific will face the ongoing human and economic costs associated with the double burden of malnutrition.

Kavitha Suthanthiraraj is a Policy and Advocacy Adviser at Save the Children, and a nutrition and Pacific health policy expert.