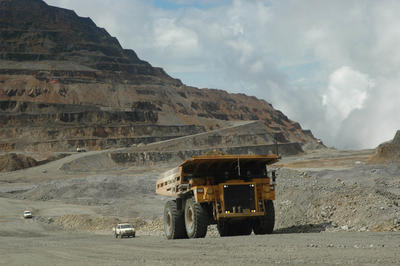 Navigating a small economy through the choppy waters of the global economy is never easy.

But it is even harder when facing the peaks and troughs of resource booms and the unpredictable undercurrents of a complex polity. At independence in 1975, when I was Secretary for Finance, we created a mineral resources stabilisation fund (MRSF) to help this process and smooth out resource revenue flows from first the Bougainville copper mine, and later the Ok Tedi mine in Western Province.

Initiallly, the fund worked well. The Bank of PNG invested the mineral revenues and allowed a predictable flow of funds into the national budget. Australia supplemented this with a steady stream of budget support, and the national budget was well managed. We were optimistic that the mining sector would help lift the whole economy.

In hindsight, problems started appearing in the 1980s, with the increasing politicisation of public expenditure and the structural problems of a ‘two-speed’ economy. And in the 1990s, PNG’s donors began phasing out budget support due to of concerns about corruption; fiscal policy fell out of sync with the stabilisation funds; and commodity prices crashed.

Governments had been borrowing heavily against the MRSF and future revenues from the resource sector, notably the big oil development at Kutubu. While investments in the MRSF were safe, they were not earning good rates of return, and the sharp rise in debt in the late 1990s meant that the state’s net assets were falling fast.

When I became Prime Minister in 1999 my government moved quickly to stabilise public finances by drawing down the MRSF — against which governments had been borrowing heavily — to pay off PNG’s crippling debts. We then initiated a short-term measure to stabilise mineral revenues, whereby Treasury would forecast revenues for the year ahead and any surplus was used to retire debt. Had I won the 2002 election, we would have developed this into a more substantial sovereign wealth fund backed by disciplined fiscal policy and effective spending

The Somare government has ridden PNG’s biggest resource boom over the last nine years. The economy and government revenues have grown strongly, but this has impacted little on basic services and living standards. There have been follies and sometimes outright theft: the mortgaging of PNG’s shares in Oil Search to borrow A$1.68 billion from Abu Dhabi; the disappearance of Kina 5 billion from government trust accounts; and the mismanagement of the development budget. With the Somare government stymying debate and refusing to be held to account, it was hard. It was the most frustrating period of my career.

There were bright spots. The first was the reforms that I had implemented to give independence to the Bank of PNG and the financial sector (including superannuation), and for the regulation of public enterprises, paid off with the vibrant growth of financial services and the introduction of competition into the mobile phone market.

A significant high point was the PNG Sustainable Development Program (PNGSDP) we set up in 2002 to manage revenues from the Ok Tedi mine for the direct benefit of Papua New Guineans. While the program’s progress on development projects is mixed, its key strength is prudent management — with a small secretariat overseeing contracts and partnerships with private service providers — and investment of a long-term fund that now stands at over US$1 billion.

The change of government in August 2011, when I became Minister for Public Enterprises, reignited hopes that critical reforms to safeguard PNG’s future wealth could be implemented and the benefits passed on to future generations.

The primary purpose of the sovereign wealth fund (SWF), which recently gained parliament’s backing, is to stabilise potentially volatile revenue flows from the mining and petroleum sectors. Instead of flowing directly to government, mining and petroleum revenues will be paid into a separate fund, managed independently by experts and invested prudently on the state’s behalf.

Current spending is delinked from revenues by specifying that annual budgetary withdrawals from the fund must not exceed the moving average of the last 15 years’ mining and petroleum revenues. This is a fairly conservative rule that has been designed to allow the fund to build up while at the same time allowing a smooth and predictable flow of funding into the national budget.

Predictable funding for the national budget should enable better planning of expenditure. This is important because many programs, such as free education, have large ongoing expenses — and previous national budgets have failed to allocate sufficient funding to meet these costs.

PNG’s proposed solution is to earmark a portion of mining and petroleum revenues for the maintenance of national infrastructure. This reduces the uncertainty that future budgets will be financed through unsustainable cuts to the maintenance of assets, which then require costly rehabilitation projects. The process enables government to enter into longer-term contracts with private-sector providers, reducing transaction costs and focusing on the delivery of quality outputs.

In PNG today, two of the biggest investments are the PNG liquefied natural gas (LNG) project and the PNGSDP. In the first case, Exxon-Mobil is overseeing the construction of an A$15.7 billion LNG project that involves the construction of wellheads, gas processing facilities and pipelines. In the second, Digicel is building mobile phone towers for PNGSDP in Western Province and Origin is partnering with PNGSDP on several major power projects.

I think a model that splits the policy and funding functions from the doing function could also work well for government, and we are developing a concept for an independent infrastructure authority that will oversee the maintenance of national infrastructure. The key features will include an independent board made up of government, donors and independent nominees; a predictable funding stream from the SWF to finance maintenance of national infrastructure; and high standards of transparency and probity in the contracting out of this work to the private sector. By including multilateral and bilateral donor representatives we hope donors will direct funds to the infrastructure trust and thereby integrate donor funding more effectively with national priorities.

Volatile revenues need to be smoothed out in PNG, but the real challenge is keeping sticky fingers out of the revenues pot — and this is where PNG has come horribly unstuck in the past. Hence the reforms that I have pushed passionately and persistently which aim to tackle this issue: funds that are managed and spent independently and transparently.

As PNG’s economy enters new and uncharted waters, stable fiscal flows and smart investments in infrastructure will help the next generation of Papua New Guineans build an economically independent nation with equitable delivery of services and opportunities for all.

Mekere Morauta is Minister for Public Enterprises in the Papua New Guinean government and a former prime minister. This post first appeared on East Asia Forum.