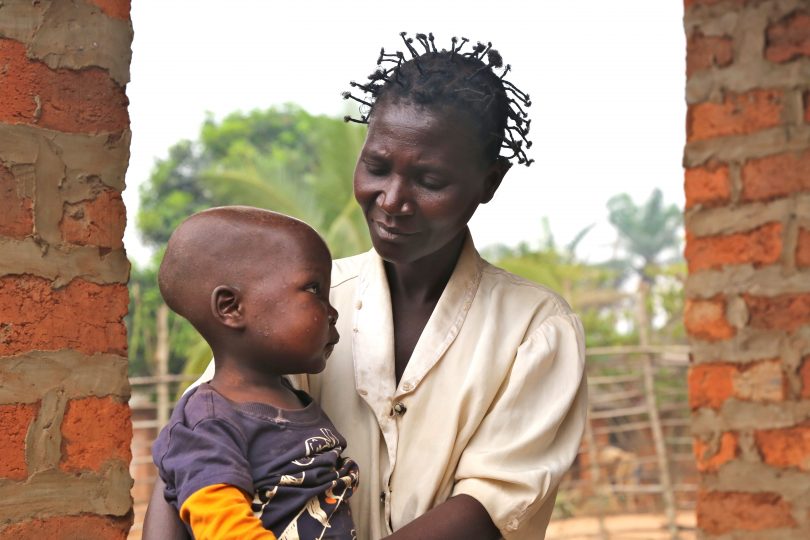 Felix, 5, and his mother Kalubi Ntambwe, pictured at Moyo Health Centre, which ran out of medicine when funds dried up. Felix has endured repeated fevers and bouts of diarrhoea.

Where is the funding for DRC?

DRC has been described as the world’s most neglected displacement crisis. Between 2014 and 2018, the number of people in need of humanitarian assistance in the DRC doubled. New violence in the Kasais, Tanganyika, and the Kivus – each largely independent conflicts – brought the number of internally displaced people up to 4.5 million, and an ongoing Ebola outbreak today continues to threaten the health and safety of families across the region.

Yet, despite the overwhelming scale of the crisis, political will, media attention, and funding has failed to materialise. Donor fatigue has become palpable: at the end of 2017, the DRC Humanitarian Response Plan (HRP) was only 58 per cent funded. The year prior: only 60 per cent.

In 2018, donors have provided twice as much funding to the Syria HRP as they have to the DRC – despite both countries having the same number of people in need.

This lack of funding for the DRC is having concrete consequences. Towards the end of 2017, with only $385 million of $812 million received towards the HRP, the head of UN OCHA reflected that the lack of funding meant that only ten per cent of severely malnourished people could be reached with lifesaving nutrition support. Many of those left out were children, and given that DRC is responsible for an estimated 12 per cent of worldwide child malnutrition cases, this shortfall is alarming.

In the Kasais, where violence broke out in 2016, there has been a 750 per cent increase in food insecurity, and hospitals have run out of medicine.

While the series of overlapping crises in DRC have undeniably become protracted and the donor fatigue is to some degree understandable, DRC’s children and families should not be punished for the political failures of their leaders. The human faces of the crisis are often lost in discussions on the DRC.

Eleven months into 2018, this year’s funding prospects are not looking much more promising. The Humanitarian Response Plan is only 44 per cent funded. This funding shortfall will leave hundreds of thousands of families without access to desperately needed assistance.

While recognising that DFAT has limited funds, Australia can and should do more to address the humanitarian crisis in the DRC.

Australia has been a leader in the Good Humanitarian Donorship Initiative, which commits donors to adhere to a set of principles in providing humanitarian funding, including to allocate funds impartially and in proportion to need.

The scale of the crisis in the DRC, combined with the lack of adequate support from other donor governments, should trigger an urgent revisiting of DFAT’s existing funding approach to the country.

While some Australian funds do reach the DRC through the un-earmarked funds provided to UN organisations, DFAT should show its commitment by providing funding directly to the DRC Humanitarian Response Plan. Doing so would ensure that this money reaches DRC rather than potentially being diverted to crises elsewhere – crises where there is sometimes greater political pressure for UN agencies to respond. Providing funding directly to country-level responses likewise reduces the overhead fees involved with passing money through UN headquarters.

Where will the money come from?

The Australian Government already recognised the need to scale up the humanitarian budget in its Foreign Policy White Paper and should fulfill this commitment in the coming 2019-20 budget. A portion of this new money should be earmarked for humanitarian responses in countries like the DRC that have exceptionally high needs and yet remain neglected by other major donors.

In the meantime, DFAT should examine the current funding trends in the protracted crises and emergency budget lines and assess whether assistance could be urgently made available for the DRC.

Rather than waiting until the end of the budget year and allocating leftover funds, the DRC should be recognised as a priority now – particularly considering the ongoing Ebola and new displacement crisis in the east, and the potential for further deterioration around the general election in December.

Providing funding now would allow for a more effective response and better preparedness, which would save far more lives than waiting until the crisis descends further.