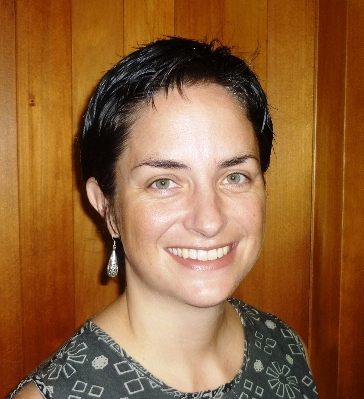 Tess Newton Cain was able to catch up recently with Katy Le Roy who spoke to her from Nauru for the latest Pacific Conversations interview. You can listen to a podcast of their conversation here or read the full transcript here. But for the highlights of what they discussed, read on.

“I think the main ones are probably ego and the competition for power that is common to politics in most places, disagreements between members of Cabinet about the way things should be done. And unfortunately, some perverse incentives to cross the floor.”

However, as Katy pointed out, instability of the type we have seen recently has been a feature of the political landscape dating back to independence in 1968, with only two governments having successfully completed a full 3-year term. She identifies some particular aspects of Nauru politics that have contributed to this:

“… one of the main reasons for that constant instability is that we don’t have a political party system in Nauru. So effectively, you have got a parliament full of independent members. And the members obviously form alliances with each other, but those are generally pragmatic alliances. They are not based on any shared ideology or shared policy agendas. And so, they are very fluid alliances.”

In addition, governments often have very slim majorities so it only takes one or two people to cross the floor and the government can be brought down, something that has happened on numerous occasions.

The current parliament consists of 14 government members and five members in opposition. But does this mean the issues relating to instability have been resolved?

“… it sort of looks I guess from the outside like having 14 members in government and five in opposition might be a good thing for stability and it might look as though the problems of instability are being solved. But obviously in Nauru, things are never quite that simple. And among the 14 members on the government side, there is still considerable competition for the leadership. And there are three or perhaps four subgroups among those 14.”

The political environment of Nauru provides a backdrop to what is perhaps the most significant policy issue at present, the use of the island as a site for offshore processing of asylum seekers by the government of Australia. The nature of the agreement between Nauru and Australia has varied over time, with the most recent iteration including a provision that people who are found to be refugees may be permanently settled on the island. Katy identified this as an important change:

“This time around, Nauru is expected to do the refugee status determination. And that is a huge burden on our very small bureaucracy. And I think the whole arrangement is clearly designed to shift the burden of legal responsibility for the asylum seekers from Australia onto Nauru. So that’s a very significant development.”

In terms of the economic impacts of the regional processing centres, Katy identified both positives and negatives. The centres generate significant revenue for the government of Nauru, through visa fees for asylum seekers housed there with those fees (currently in excess of AU$500,000 per month) paid by the government of Australia. There are other positive impacts, including employment opportunities and payment of rents and lease payments. However, there are also negative impacts:

“… in terms of service delivery. And so, a few months after they reopened the centre, the head of the Nauruan public service sent a notice around to all heads of department saying that there had to be a freeze on the hiring of any new expat staff for government departments because there was no accommodation left on the island to house these people. And so, that meant in effect no new medical staff could be hired at the hospital or no expat teachers, no advisors to any government departments because the Australian department of immigration and their service providers had taken up all of the available accommodation on the island.”

In relation to the issue of whether asylum seekers would be allowed to live in the community whilst being processed, as has been mooted, Katy identified a number of things that could make this approach difficult They include logistical challenges, xenophobic attitudes within the government and the wider society and a lack of community consultation and understanding the current asylum seeker policy.

The question of permanent settlement of people who have been found to be refugees in Nauru is problematic on a number of levels. Katy referred to the lack of land available to build accommodation and the extremely limited employment options as two significant factors. In addition, government communication on this issue seems to be somewhat opaque:

“They have formally agreed to resettle refugees in their most recent MOU with Australia. But then on the other hand, in meetings that the government has had with local community leaders, they have been sort of fudging the issue and saying things like “resettlement is just a fancy word that lawyers use, but it doesn’t mean that they really live here”… It is difficult to know sort of where the disingenuousness lies. Does it lie in not taking its commitments under the MOU seriously? Or is it in what it has actually said publically within Nauru?”

We concluded by talking about the legal sector on Nauru, which is very small and has been significantly affected by the regional processing centres. A number of processes were required to equip the department of justice to undertake assessment of refugee status and this has resulted in some very significant delays. This is not the only serious impact in this area:

“… there is great difficulty when asylum seekers are charged with criminal offences, which they obviously have been in relation to some recent events here involving property damage. It is very difficult for the local legal profession to properly serve those asylum seekers in terms of criminal defence. And so, we quite often get Australian lawyers volunteering their services to come over and represent them in criminal matters.”

Tess Newton Cain is a Research Associate at the Development Policy Centre. Katy Le Roy is a constitutional lawyer and has recently completed her PhD through Melbourne University. She has lived on Nauru permanently for seven years with her partner, who is a member of the Nauru Parliament. Until very recently she was Parliamentary Counsel for Nauru with responsibility for drafting legislation and advising the Speaker of Parliament and parliamentary committees.