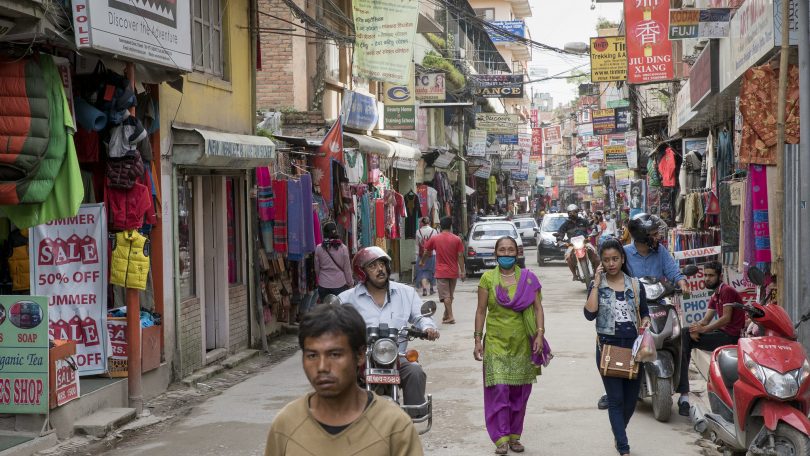 Nepal’s provincial and federal elections in mid-November are fast approaching. On the heels of successful local elections in May this year, the elections present a window of opportunity for the nascent federal republic to consolidate democracy.

Just a year ago, Nepal’s major political parties – the Communist Party of Nepal (United Marxist-Leninist), the Nepali Congress, and the Communist Party of Nepal (Maoist Centre) – and other smaller parties divided into two coalitions, and engaged in a power struggle which required two supreme court interventions to reinstate the federal parliament. The impasse, which risked the deferral of the local elections to a later date, stirred doubts about the stability of Nepal’s new federal system and the decentralisation process.

However, while trust at the federal level eroded, local government made significant headway in garnering public confidence as one of the most trusted public institutions in Nepal. This was exemplified during the COVID-19 pandemic, when the federal government was marred by corruption and faced protests, while local governments provided effective frontline services. With local elections now concluded, it’s time for federal and provincial governments to invest effort in building trust in this new governance structure.

Results from the local elections indicate positive change in Nepal’s local politics. First, in four of Nepal’s 13 major cities, including the capital Kathmandu, independent candidates trumped those affiliated with political parties. This wave of independents marked a significant deviation from the norm, where traditional elites from high-caste male-dominated patronage networks determine candidate selection. Building on this success, a plethora of independents have already announced their candidacy for the upcoming federal elections, much to the concern of the major political parties. These developments suggest that Nepali urban voters, especially youth, are supportive of independent and newer candidates.

Second, the debate and excitement surrounding the local elections brought the priorities of local government to the forefront. Several candidates, including the independents, ran on platforms that prioritised citizens’ needs – health, education, access to clean drinking water, and sanitation services. This is a welcome shift away from the focus on ‘rapid development’, which usually means investing in construction projects like roads, and splurging on statues, observation towers and other excesses. The elections thus provided an opportunity for both leaders and citizens to reassess the development priorities of the last five years.

This progress is tempered by the fact that most local units will be led by officials who won elections via fickle coalitions between parties. Such local-level coalitions unfortunately reflect and mimic the shifts in party positions at the central level, which cause downstream disruptions in municipalities. Local planning and budget processes are already gridlocked over resource allocation disagreements between elected officials of different parties. This underscores the overwhelming influence that parties will continue to have in Nepal’s political system. As such, independent candidates can only have a larger impact if their success exerts pressure on parties to ensure that they select candidates who are better attuned to citizens’ needs.

This manipulation of the provision for female candidates has been criticised across the board by civil society, media and women leaders within the political parties. The purported ambiguity in the provision has also been challenged in the courts. This demonstrates how affirmative action and inclusive representation measures to improve governance are constantly under threat from more powerful actors.

Nevertheless, the champions of inclusion have been making modest gains. For example, according to the National Federation of People with Disabilities, 124 candidates with disabilities contested the local elections, of whom 40 were elected. While much needs to be done to advance disability inclusion, the results reflect a major uptick from the negligible four seats won by disabled candidates in 2017.

In democracies, elections are self-enforcing. Regular elections are both a means and an end of maturing democracy. The local elections in 2022 were an important achievement for a post-conflict society with a bitter history of power transitions and political instability. With the federal and provincial elections now announced for November 2022, the local election experience provides pathways for improvement in both policy and representation in Nepali politics.

Sovit Subedi is a Program Officer at The Asia Foundation (Nepal). He manages the Multistakeholder Dialogue Program under the Subnational Governance Program.

Bishnu Adhikari is Governance Director at The Asia Foundation (Nepal).