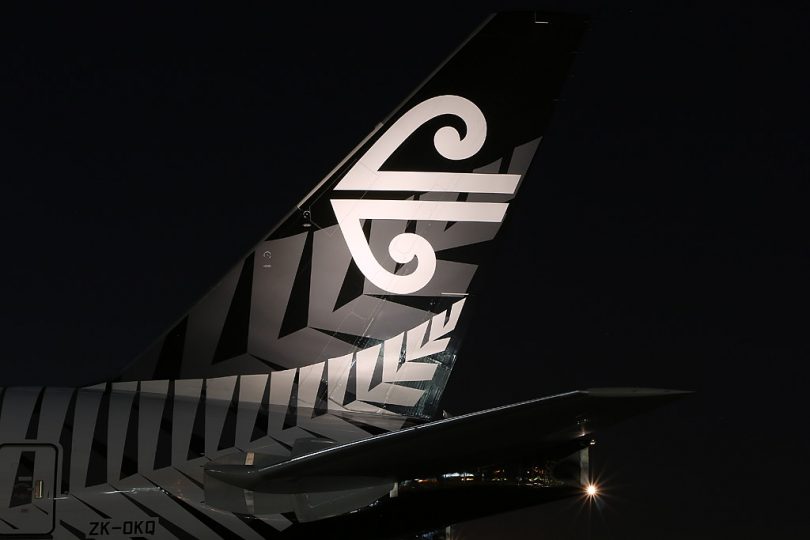 When Air New Zealand took on a contract to keep the ships of the Royal Saudi Navy afloat, they were aiding a brutal war machine that is contributing to a human rights and humanitarian disaster in Yemen.

Neither Air New Zealand – nor the government – saw a problem with this contract when it was signed, because there is no framework “here” that asks New Zealand companies to imagine the consequences of their actions “out there”. This can’t keep happening. New Zealand needs to adopt a human rights-oriented trade policy, now.

In 2019, New Zealanders learned how easily the violence and chaos of the outside world can reach us at home, when a white supremacist murdered more than 50 people at prayer in Christchurch mosques. Last month, we saw how our actions at home can destroy lives a world away.

Air New Zealand has been in the media spotlight since journalists revealed that the company’s engineering arm has been repairing components for ships of the Royal Saudi Navy. During this time, Saudi Arabia has been leading a military coalition waging war in the politically divided country of Yemen. Throughout this six-year war, the Saudis and other players have adopted brutal tactics, accused by the UN of systematically violating international humanitarian law and causing the world’s worst humanitarian crisis in the process. As a result, over 20.7 million Yemenis need assistance, with over 233,000 people killed of whom 130,000 died due to hunger and lack of basic services. Four million Yemenis have been displaced by the fighting, and with farms, roads and markets disrupted, nearly half a million people are facing starvation.

The Saudi navy has played a critical role in this crisis, committing some extremely egregious offenses, namely blockading Yemeni ports and preventing the flow of critical humanitarian aid to the war-ravaged population.

New Zealand has itself publicly chastised the Saudi-led coalition for their devastating attacks on civilians in Yemen. In 2016 while serving as a member of the United Nations Security Council, New Zealand’s representative at the UN singled out the coalition for “regularly [falling] short of their obligations to protect civilians caught up in this conflict”.

This is not a story that Air New Zealand wants to highlight in its in-flight safety videos. Air New Zealand’s chief executive, Greg Foran, defended his company’s ill-conceived contract, arguing the contract was “quite small” – at a mere $3 million – and thus flew well under the radar of senior management without significant scrutiny.

Sadly, breaking things is a lot cheaper than building them, and in the destructive business of war, a little money can go a long way. $3 million will buy you repairs to several gas turbines. Equipped with these same components, Saudi navy vessels blockading ports in Yemen have prevented tens of millions of dollars’ worth of life-saving aid from reaching conflict-affected people. Without this essential aid – medical and hygiene supplies, emergency food and shelter support – thousands of lives have been endangered or lost and the cost of living for other Yemeni families has skyrocketed.

Air New Zealand’s contract has helped undermine the reach and impact of New Zealand’s own humanitarian aid. Their “small” $3 million contract is more than two times our government’s humanitarian contribution to Yemen last year – aid that is critically needed by millions of Yemeni people. But humanitarian agencies have struggled to get these essential supplies to the people in greatest need, in part because of the Royal Saudi Navy blockade. It is inexcusable for critical aid to be compromised in such a way by the actions of Kiwi businesses.

Our government talks up the importance of its value-driven foreign policy. At her last speech at the United Nations General Assembly in 2019, speaking in the wake of the Christchurch attacks, Prime Minister Ardern reflected that, “for decades we have assembled here under the assumption that we narrowly cooperate only on the issues that overtly impact on one another … Over time we have become increasingly interdependent. We see more and more often domestic decisions that have global ramifications.” She framed New Zealand’s forward-looking place in the world in terms of kaitiakitanga – “an innate sense of our connection to each other. And a belief that we are guardians, not just of our home and our planet, but of each other.”

The Air New Zealand debacle reminds us just how right PM Ardern was in her speech. The world is shrinking, and the difference between what is happening “here” and “there” is smaller each day. Yet, we have clearly been slow to react to our growing ability to affect lives beyond our borders as we come into ever closer contact. Air New Zealand bears some responsibility for that, but so too does the government.

The Ministry of Foreign Affairs and Trade (MFAT) still believes we can compartmentalise New Zealand’s engagement in the world into tidy categories. “Human rights” are things we advance through diplomatic forums. “Development” is something we support through aid funding. “Security” is for the military to resolve while “Trade” is another realm entirely, intended for private sector players. As we’ve seen recently, however, these compartments are not watertight.

There are opportunities MFAT could immediately seize to bridge the divide. It can start by conducting a transparent public investigation into the New Zealand government’s export control regime, followed by adopting the UN Guiding Principles on Business and Human Rights – a series of standards and due diligence processes for government and business to ensure that businesses do not contribute to human rights violations at home or abroad. In 2019, the government committed to developing a national action plan to implement the Principles, but has yet to follow through.

While it’s easy to place all the blame for this damage on one company, the Air New Zealand example is a symptom of a bigger problem: when it comes to New Zealand’s trade and foreign policies, the two sides are not pulling in the same direction.

If New Zealand is serious about guardianship and kaitiakitanga, if we are serious about the good we want to achieve in the world, we cannot just pursue human rights and justice through compartmentalised aid programs and diplomatic forums. We must account for all the different ways we interact with the world through an integrated approach in our foreign and trade policies.