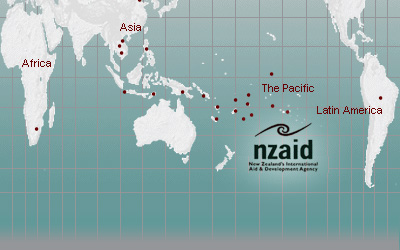 The New Zealand Government released its budget at the end of May and the numbers caused some consternation amongst the New Zealand aid community. At first glance it appeared as if aid had been cut, although in reality it had actually increased. Compounding the confusion, previous separate budget lines in aid allocation were lumped together into one ‘International Development Assistance’ budget line, reducing transparency and making it harder to compare with earlier years. To get to the bottom of the mix-up, some history is helpful.

Vote ODA was establised in July 2002, following the creation of NZAID as a Semi-Autonomous Body of MFAT. Since 2003, New Zealand aid allocations have included three-yearly, rolling appropriations . This is a good thing, increasing certainty for partners and enabling longer-term thinking in relation to aid objectives. But it can make it challenging to decipher annual budget numbers.

The 2012 Government Budget [pdf] numbers give the impression that the 2012/2013 allocation is smaller than the previous financial year because the 2011/2012 year included NZ$60 million of funding rolled-over from the previous years.

Having said this, the bad news is that there were cuts in future ODA commitments. In their 2008 Foreign Affairs Policy, the National Party made a commitment to to reach an absolute ODA level of NZ$600 million by 2010, discarding any notion of achieving the ODA level of 0.7% of GNI. Once in power in 2008, the National Party-led government pushed back the deadline to reach NZ$600 million to 2011/2012, then again to 2014/2015. In this year’s budget, the timeframe has again been extended to the 2015/2016 financial year. As Oxfam New Zealand pointed out “as a proportion of Gross National Income, the usual measure for comparing aid, the aid programme will fall from 0.3 per cent to 0.24 per cent by 2014-15, close to the lowest level ever for New Zealand’s government aid.”

So, despite the three-year increase, overall New Zealand ODA is looking grim. Transparency has been decreased by lumping all aid expenditure into one budget line, setting the scene for Vote ODA to be disestablished and placed back into Vote Foreign Affairs and Trade. The ever-receding timeframe to achieve the absolute amount of NZ$600 million sees the New Zealand government lagging behind its OECD peers, as well as its global commitments. At the same time, New Zealanders are amongst the most generous [pdf] people in the world (alongside Australians, Americans and the Irish), putting the government out of synch with its citizens and showing that the government should be doing better.

Joanna Spratt is a consultant and coordinator of NZ Aid and Developent Dialogues (NZADDs), with a background in nursing and international development.