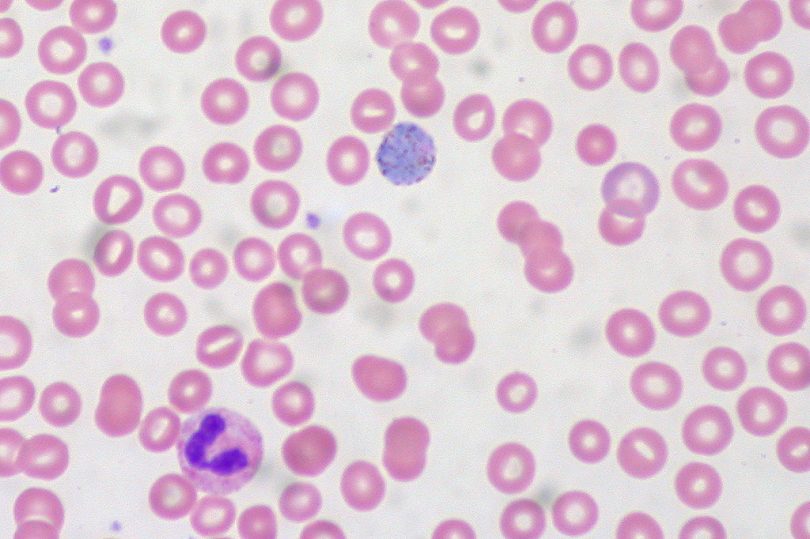 World Neglected Tropical Disease (NTD) Day was marked on 30 January. Each year on this day, global health advocates highlight the impact of such diseases as well as the promising advances made against them. This year, we have a new backdrop. Collectively, we have a new understanding of what it means to live at risk of infectious diseases and of the interconnected nature of life on our planet. We’ve seen the devastating impact of COVID-19, and we’ve also seen that when the world unites to combat a pandemic threat, new tools to address it can be developed quickly.

While the devastation from COVID-19 was beyond imagination for many, those who live in or work with communities with NTDs such as tuberculosis (TB), malaria, and HIV/AIDS experience similar impact from many of these diseases as a persistent reality. NTDs affect more than a billion people each year. In 2019, there were 1.4 million deaths from TB, 409,000 deaths from malaria, and 690,000 deaths from AIDS-related illnesses. Like COVID-19, these diseases have significant impacts on the global economy, and especially on the economies of nations where they are most prevalent.

A notable bright spot in global progress against NTDs is the recent wave of successes by product development partnerships (PDPs). These organisations have spearheaded cost-effective and impactful product development to combat these disease threats. The history, impact, and future potential of PDPs are documented in a recently released report, Keeping the promise, which reveals that since 2010, a group of 12 PDPs have developed and introduced 66 new treatments, vaccines, diagnostics, vector controls and devices for diseases of poverty, which have benefitted more than 2.4 billion people around the world.

PDPs are collaborations between the public, private and not-for-profit sectors formed specifically to develop solutions for diseases where there is not sufficient market incentive to drive new product development by for-profit actors alone. PDPs are funded by governments, including Australia, and foundations. They make use of their innovative model to forge cross-sector partnerships that enable them to be efficient engines of global health innovation. Today, the coalition of PDPs behind the Keeping the Promise report boast more than 375 medical technologies in development.

Examples of innovations developed and introduced by PDPs include the first medicine ever approved, as part of a three-drug regimen, for the treatment of Extensively-Drug Resistant TB (XDR-TB). Developed by TB Alliance, the new therapy cleared XDR-TB infection in nearly 90% of patients tested in clinical trials after six months of treatment. Previous standards of care failed to cure nearly 60% of those treated for XDR-TB, despite subjecting them to daily cocktails of more than a dozen pills, some with harsh side effects, for 18 months or longer. Funded by a constellation of philanthropic and governmental partners, including Australian Aid and Japan’s Global Health Innovative Technology Fund (GHIT), TB Alliance houses the most robust pipeline of potential new TB treatments in history.

Another PDP, Medicines for Malaria Venture (MMV), in partnership with GlaxoSmithKline, has developed tafenoquine, the first new treatment for malaria relapse prevention in more than 60 years and the first ever single-dose treatment. Plasmodium vivax malaria causes between 5.9 and 7.1 million cases globally each year, including 1.7 million in the Western Pacific. Due to its relapsing nature, the human and economic cost of P. vivax is high. In the Western Pacific it is the cause of 34% of malaria cases and presents a major hurdle for malaria elimination efforts in the region. Prior to the development of tafenoquine, the only available treatment for preventing relapses was lengthy, creating significant challenges for individuals in completing treatment.

MMV has been working closely with the Australian Therapeutic Goods Administration’s (TGA) Indo-Pacific Regulatory Strengthening Program, which is supporting regulatory authorities in the region with the approval of tafenoquine. The TGA approved tafenoquine for adults in 2018 and earlier this year accepted to review the dossier for a child-friendly formulation of the medicine, an important step towards getting this medicine to children, who are disproportionately affected by P. vivax malaria.

A third example of partnership-based innovation comes from Medicines Development for Global Health (MDGH), an Australian not-for-profit biopharmaceutical company. MDGH completed a first stage of development of moxidectin for treatment of onchocerciasis, more commonly known as river blindness. This medicine is now approved by the US Food and Drug Administration (FDA) for treatment, and is being further developed for lymphatic filariasis, soil transmitted helminths, strongyloides, and scabies (with initial grant funding from the Australian Trade Commission and in partnership with the Menzies School of Health Research).

More than 1.5 billion people suffer from diseases that are potentially treatable with moxidectin. In 2014, MDGH secured the rights for moxidectin from the World Health Organization Special Programme for Research and Training in Tropical Diseases (TDR) to continue its development for human applications. In 2017, MDGH was the sole sponsor of the FDA regulatory filing achieving accelerated approval in mid-2018. Remarkably, MDGH accomplished this with just a six-person team. Using an efficient and cost-effective PDP-like model it supplemented the core team with input from an international network of subject matter experts, including TDR, regulatory scientists and other industry experts. You can read more about the use of moxidectin for river blindness in the Development Policy Centre’s 2019 Aid Profile.

The previous decade shows that PDPs are capable of driving global health innovation in areas where it would otherwise not exist. Continued financial and political support will ensure the coming decades of PDP product development are as prolific and impactful as this past one.

The global response to COVID-19 has made use of public-private partnerships and approaches to alleviate market barriers that are bedrocks of the PDP approach. However, the level of resources and political will thrust behind efforts to address COVID-19 has been far beyond anything seen for the diseases upon which PDPs are focused. Looking forward, we urge the world to look at how we’ve responded to COVID-19 and imagine – and fight for – a world where all disease threats are treated with urgency commensurate with the devastation that they wreak.

Willo Brock joined FIND as Director of External Affairs in February 2021. Previously, he was Senior Vice President External Affairs at TB Alliance for seven years and worked for large international development organisations like WWF and Habitat for Humanity.

Andrea Lucard is Executive Vice President of Corporate Affairs, Medicines for Malaria Venture. Andrea is also currently the Co-chair of the Advocacy and Resource Mobilisation Committee of the Roll Back Malaria Partnership.

Mark Sullivan is the founder and managing director of the not-for-profit Medicines Development for Global Health. He is the 2019 Australian of the Year for Victoria and is an Honorary Professor at the Kirby Institute.