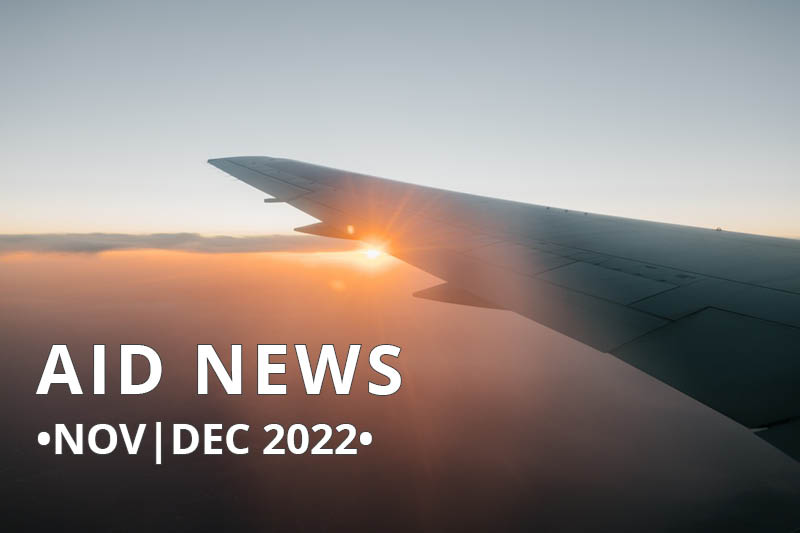 In his opening address at AAC2022 this week, the Minister for International Development and the Pacific, Pat Conroy, stated that “this Government takes international development seriously” and “we’re putting it at the heart of our engagement with our region”. He flagged that the new development policy would include a focus on gender equality, climate change, First Nations approaches, disability inclusion and “a more rigorous, evidence-based approach so we can evaluate whether our aid is effective, and build public support for the program”.

‘Ofakilevuka Guttenbeil-Likiliki, Oceanic feminist researcher, filmmaker, and the Director of the Women and Children Crisis Centre in Tonga, delivered the Mitchell Oration on ‘Enough is enough: audaciously decolonising the development and humanitarian nexus’ in which she emphasised language, core values, local knowledge and “demanding the change you want to see”.

International summits in November saw a series of aid-related announcements. Australia supported further work on a “loss and damage” fund for climate change at COP27 in Egypt. The Minister for Climate Change and Energy, Chris Bowen, also highlighted the need for reform of multilateral development banks to deal with the challenge of climate change, arguing that while “some of our international financial institutions are stepping up to this [challenge] … others are not.”

At the G20 leaders’ meeting in Indonesia, the US and Japan announced that they will provide US$50 million each in credit guarantees to support the Australian government’s US$1.3 billion financing package that enabled Telstra’s acquisition of Digicel Pacific. The Australian government announced that it would contribute $50 million to the new global Pandemic Fund which was launched at the summit and will be hosted by the World Bank.

And during a visit by the Director-General of the World Trade Organization (WTO), Dr Ngozi Okonjo-Iweala, Australia announced it will contribute $5 million to support implementation of the WTO Agreement on Fisheries Subsidies as well as legal advice and training through the Advisory Centre on WTO Law to developing and least-developed countries.

The Australian government is developing a new Southeast Asia Economic Strategy to 2040. The strategy will include a focus on “how Australian businesses can support and contribute to the region’s energy transition and set it up for a more prosperous future”.  Public submissions are open until 30 January 2023.

DFAT has released a “system-wide” two-year review of the $4 billion Australian Infrastructure Financing Facility for the Pacific (AIFFP). The review finds that the AIFFP is now the second biggest financier of infrastructure in the Pacific and that the Facility is a “partner of choice” in the region. In its response to the review, DFAT has accepted or “partially accepted” seven out of ten recommendations. DFAT has “noted” recommendations that the government should make AIFFP loans cheaper for Pacific borrowers, increase the efficiency of the Facility’s operating model, and adopt an integrated approach to social and environmental safeguards.

Jubilee Australia has also published an assessment of the AIFFP which argues that the Facility lacks transparency, could increase debt distress and “is not well designed to support meaningful climate adaptation for vulnerable communities”.

Pacific nations played a prominent role in the COP27 negotiations around the issue of loss and damage. The world’s three “forest giants” – Brazil, Indonesia and the Democratic Republic of Congo (DRC) – signed a joint statement calling for the negotiation of new payment mechanisms to preserve the tropical rainforests that help regulate the world’s climate and house millions of plants and animals.

A coalition of countries, including the US and Japan, announced that they will mobilise US$20 billion of public and private finance to help Indonesia shut coal power plants and bring forward the sector’s peak emissions date by seven years, to 2030.

G20 leaders again pledged to enhance cooperation on debt, the recycling of global reserves and reform of the multilateral development banks in the face of the “polycrisis” facing low- and middle-income countries.

In the aftermath of the US mid-term elections, questions have been raised about whether Congressional Republicans will stymie the Biden administration’s ambition to increase climate aid (to US$11.4 billion annually by 2024) and increase its assistance to the Pacific over the next decade.

The UK’s development minister, Andrew Mitchell, has blamed the fall in public support for overseas aid on Boris Johnson and successive Tory governments’ failure to defend aid, contrasting this with the approach under the Cameron government: “in 2010-12, in a time of austerity after the global financial crisis, we made the case for aid as strongly as we could and we saw public approval go up. The difference is that we defended UK aid.” UK Labour have promised a “thorough review” of the aid budget and, on the basis of the review, a “pathway” back to 0.7% should it be elected.

Today, 1 December, marks World AIDS Day and 3 December is the International Day of Persons with Disabilities.

Presentations and videos from this week’s AAC2022 will be made available over the coming days. Keep an eye on the conference website.

The OECD’s Development Cooperation Directorate has released its latest ‘Global Outlook on Financing for Sustainable Development’. It finds that while aid has played a key role in narrowing the financing gap, “resources are not reaching the countries most in need” and “urgent action is needed to remove bottlenecks for a more equitable and needs-based allocation of sustainable finance”.

The latest report from the US Special Inspector-General for Afghanistan Reconstruction explores why the Afghan government collapsed in 2021.

Publish What You Fund has released a new toolkit for tracking funding for women’s economic empowerment.