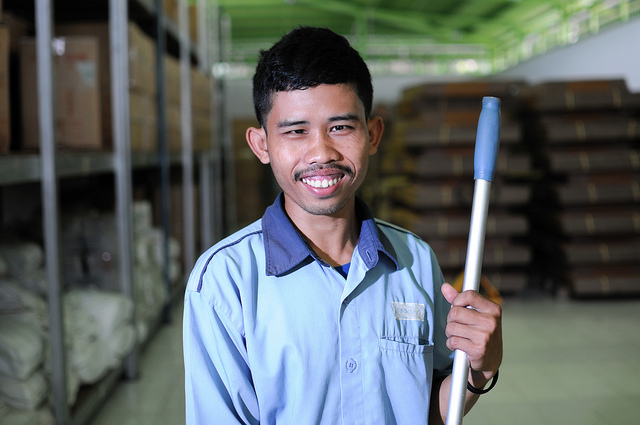 From objects of care to controllers of lives: governance, development and disability inclusion

Putting marginalised people in control of their lives is, of course, easier said than done. It means removing all the constraints that have put that control outside their grasp – and in many cases handed that control to someone else.

Removing factors that disempower people with disabilities will usually involve reforming institutions – changing, as the late Adrian Leftwich put it, the ‘rules of the game’: ‘the formal and informal rules that shape… economic, political and social behaviour and hence which frame how political power is obtained, used and controlled, how economic activity occurs and how relations between individuals and groups and the state are structured.’

In other words, empowering people with disabilities over the long term is about governance.

Unfortunately, making progress on anything governance-related generally takes a long time. Former British Prime Minister Gordon Brown once observed, for example: ‘In establishing the rule of law, the first five centuries are always the hardest.’ Meaningful changes to the rules of the game often depend on persuading people to do things differently, even when it may not be in their short-term interests to do so, and that rarely happens fast.

Another unfortunate thing about governance investments is that they can’t generally be planned in advance with much detail or confidence. Unlike, say, a project that hands out wheelchairs or hearing aids, it’s usually not possible to predict how much it will cost or how long it will take to bring about a disability-accessible university admissions policy or to persuade courts to accept evidence from witnesses with intellectual disabilities. These changes often follow non-linear trajectories – getting there can involve taking two steps forward then one step back.

The fact that governance investments are hard to plan means that they can also be hard to evaluate, particularly if the preferred method of evaluation asks ‘to what extent did you achieve what you set out to achieve?’ Policy-makers often prefer investments that can be easily measured (the ‘only what can be counted counts’ problem). And governance initiatives are hard to promote through photographs and ribbon-cutting events.

The good news is that, with some serious effort and perseverance, governance reforms that bring about real changes for people with disabilities can and do happen. And development cooperation can play an important role in facilitating them.

I saw the possibilities at first hand when I was involved in the Australia Indonesia Partnership for Justice (AIPJ). Between 2011 and 2015, AIPJ worked to build reform coalitions around the issue of disability. Disabled people’s organisations, government agencies, courts, human rights groups, journalists, donors and others came together to campaign for the rights of Indonesians with disabilities.

Not much progress was noticeable for the first couple of years. But a recent impact evaluation [pdf] found that, over five years, the work helped achieve significant improvements for Indonesians with disabilities.

These coalitions can now claim a good deal of the credit for a raft of changes that will give people with disabilities more control over their lives. These include the launching of a sign language service in Indonesia’s courts; changes to the entrance tests for public universities to make them accessible for people with visual impairments and other disabilities; better treatment for wheelchair users on Garuda Indonesia flights; measures to reduce corruption in disability support budgets; screen-reader compatible websites across many of Indonesia’s law and justice agencies; and the establishment of referral and training networks to help people with disabilities access legal advice and representation.

And, in March 2016, Indonesia’s parliament passed a disability law which – as the coalitions had advocated – enshrines the rights-based approach required under the Convention on the Rights of Persons with Disabilities. Ensuring that this law is implemented effectively will take more time and effort, but its passage shows what can be achieved over the medium to long term with patience, determination, flexibility and nous.

Changing the rules of the game may be messier and less photogenic than simply giving assistance to ‘recipients’, but it is possible – and ultimately far more useful.

Luke Arnold is Director of the Law and Justice Section at the Australian Department of Foreign Affairs and Trade. This post is republished with permission from the Developmental Leadership Program.

Luke Arnold
Luke Arnold is Director of the Law and Justice Section at the Australian Department of Foreign Affairs and Trade. From 2012-15, he managed the Australia Indonesia Partnership for Justice on behalf of the Australian Embassy in Jakarta. This followed several years at the Australian Agency for International Development, where he worked in the Budget Branch and as Governance Manager on the Indonesia Desk.

Prior to joining the Australian Public Service, Luke worked as a consultant for the International Labour Organization and as a lawyer for MinterEllison. He holds a Master of Laws (Law, Development and Governance) from the School of Oriental and African Studies at the University of London.