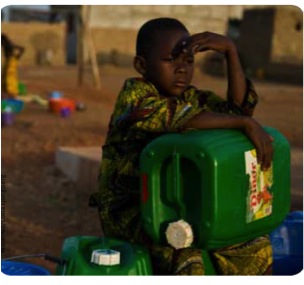 Ending the global sanitation and hygiene crisis is now one of the biggest international development challenges of the 21st century.

In the Pacific, where the majority of the population live in Papua New Guinea, progress on sanitation and water is actually going backwards; the proportion of people living with access to water and sanitation is less now than it was in 1998. In Sub-Saharan Africa, access to sanitation is now the most off-track 2015 MDG target. On current trends it will not be met for two centuries.

Last week WaterAid launched a new report Off-track, off-target, which explores why resources for WASH are not reaching those who need them most and why progress is slow, uneven and unjust.

In developing countries, spending on water, sanitation and hygiene services is minimal compared to health and education, and the share of aid flows giong to water and sanitation has fallen over the last 15 years. The unforeseen impact is that slow progress on this essential foundation for broader human development is holding back progress in health and education, despite increased spending in those areas. Furthermore, lack of access to water and santiation is a major drag on economic growth, and costs African and Asian contries up to 6% of GDP each year.

The continued neglect leaves stark inequalities unchecked: five times more people in rural areas live without clean water than in urban areas; poor people in South Asia are over 13 times less likely to have access to santiation than the rich; and poor people in Sub-Saharan Africa are over 15 times more likely to practice open defecation. The burden of collecting water falls disproportionaltely on women and children, while vulnerable and marginalised groups are left unserved or unable to afford services.

The Australian Government has significantly increased the priority accorded to water, sanitation and hygiene (WASH) in the aid program in recent years.  Through this report we are now calling on the Government to take this leadership to the global level by committing Australia to play an active role in Sanitation and Water for All, a partnership of nations working together to end the global sanitation and water crisis. WaterAid is calling on Foreign Minister Kevin Rudd or Parliamentary Secretary Richard Marles to leverage Australia’s WASH leadership at the Sanitation and Water for All meetings at the World Bank, in Washington DC in April 2012.

Adam Laidlaw is the Chief Executive of WaterAid in Australia.