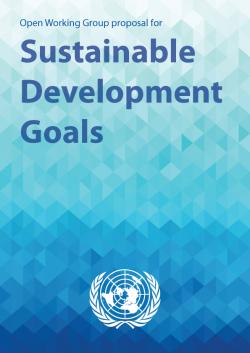 In a previous post, I discussed the task of setting targets for global development goals. I argued that while the aspirations of all citizens in all countries may be relevant for national policy making, there are good reasons for international development cooperation to be evaluated according to the number of people who fall below minimal sufficiency thresholds.

In this post, I consider what rates of progress should be involved in moving individuals above these thresholds. In the Millennium Development Goals, different goals were assigned different rates of progress. Some goals were ‘zero goals’—that is, deprivation in the particular target was to be fully eradicated by the time the MDGs were completed. For example, full and productive employment was to be guaranteed for all, universal primary education was to be had, and universal access to treatment was to be secured for HIV/AIDS patients. In other cases, only partial reductions were required for meeting the target. Maternal mortality was to be cut by ¾, while child mortality was to be cut by 2/3. Extreme poverty, and lack of access to sanitation and drinking water, were to be cut in half. For many other targets, no clear rate of progress was specified. Biodiversity loss was simply to be ‘reduced’ and incidence of malaria was to be ‘halted and reversed’.

The differing rates of progress inherent in the MDG targets suggest the goals were internally inconsistent. Surely a country that had achieved full and productive employment for all its citizens would have also successfully eliminated many of the core deprivations tracked in most of the MDGs. And a country that had a 50% reduction in extreme poverty (as opposed to a full reduction) would be unlikely to secure full treatment for all victims of HIV/AIDS.

In the current efforts to establish new Sustainable Development Goals, draft rates of progress are hugely ambitious and aspirational. For example, goal 8, on growth, employment, and decent work, calls for countries to “sustain per capita economic growth in accordance with national circumstances, and in particular at least 7% per annum GDP growth in the least-developed countries.” What this means is that the countries which have had the hardest time growing, often because of civil war or autocratic government, should suddenly grow at per capita rates which are among the historically fastest in the world, every year, for 15 years. In other words, the world’s worst performing economies should suddenly become not only its best performing economies, but among the best performing economies the world has ever known. This goal becomes even more demanding when we consider goal 10, on inequality, which calls for “by 2030 progressively achieve and sustain income growth of the bottom 40% of the population at a rate higher than the national average.” So, starting next year, Syria, South Sudan, Zimbabwe, and Burma should grow at historically unprecedented rates, with historically unprecedented share of that growth going to the poorest 40%.

In contrast, the ‘illustrative goals’ of the High Level Panel on the Post-2015 are a mix of the ambitious and the feasible. In many cases, they argue for proportional reductions in deprivations below a given threshold. In other cases, they argue for a total elimination of the deprivation in question. For example, the High Level Panel calls for the eradication of extreme poverty (defined as $1.25 USD (2005 PPP)) while it calls for a percentage reduction (the percentage is not specified) of the number of poor below the national poverty line.

The overarching, aspirational approach inherent in the draft SDGs are not the product of a unified, deliberative exercise that considers the trade-offs inherent in prioritizing dimensions of human development, but rather the result of considerable lobbying by well-intended interest groups that seek to have their issue figure prominently on the post 2015 agenda. The High Level Panel at least attempted to take seriously, to some extent, the tradeoffs involved in prioritizing various dimensions of human development, and the feasibility constraints involved in reducing deprivation.

Though it is unlikely to happen, what might the architects of post-2015 development goals do to make the rate of progress internally consistent and useful for guiding international development policy?

One option is to establish ‘zero goals’. On this view, in 15 years time no deprivations should persist in the target under consideration. These are purely aspirational goals.

It is not clear what the point of such goals is. We can of course assert that in 15 years time the world should be free from war and interpersonal violence in all its forms. That would be fantastic. But there is no feasible scenario in which it will occur. No country on earth has reduced interpersonal violence to zero. And despite a reduction in the number of wars and number of casualties in war, there is no possibility that the world will be free of warfare in 2030. Given this, it is not clear how valuable such a target will be in tracking progress, evaluating commitments, allocating resources, and so on.

Zero goals might be defended on the grounds that global development goals are not meant to serve as feasible targets for actual reductions in deprivations and promotions of human development. They are merely aspirational, attempting to establish an international norm for what human beings deserve and how the world ought to be. But if the SDGs are just a norm setting exercise of aspirations that won’t be achieved, then it is not clear why so much effort should go into measuring progress in reaching these unattainable ideals.

A preferable alternative is to focus on feasible but ambitious reduction in a core set of deprivations. Relevant factors in determining specific national rates of progress include the current quality of institutions, the available national resources, the unique vulnerabilities and risks the country faces, and the support it can anticipate from development partners.

On this view, ambitious but feasible goals can usefully track to what extent policy makers are actually upholding their obligations to pursue deprivation reductions, to determine whether responsibilities of international partners are being discharged, and to force policy makers to consider which goals they should prioritize in a world of limited resources and institutional capacity. This is the approach I favor. But as long as the architects of the post-2015 agenda are focused on pleasing the advocates, rather than thinking seriously about the future, it will not be the approach we get.