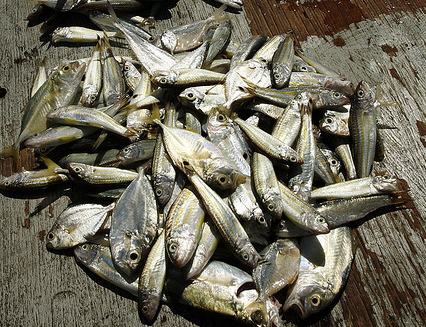 Many thanks to Terence Wood for his excellent post in response to my oped on Australia’s aid program. His well-made points, and others from Annmaree O’Keeffe over at The Interpreter challenge my arguments very effectively. I’ve replied to Annmaree there, and I’m glad of the chance to respond to Terence here.

1. I completely agree that there is still a lot of poverty around, with real human cost. But as Terence suggests, that is not a reason to give more aid unless there is reasonable confidence that aid makes an effective contribution to ‘overcoming poverty’. And that is what the aid program is all about, according to both the Hollway Review and the Government.

2. I think Terence agrees that economic growth is the essential key – the necessary even if not the sufficient condition – for overcoming poverty. So I think we agree that the key question for the effectiveness of the aid program in meeting the key objective set by the Review and the Government is: how much does aid help economic growth?

3. We both agree that aid makes some contribution to the economic growth. But I was a bit surprised that Terence’s claims for the scale of that contribution are so modest. In fact I think we really agree on this too. He said ‘aid’s impact on economic growth, while probably positive, isn’t massive.’ I said aid ‘doesn’t make much difference’ to growth. Well, I’m happy to go with his formulation. ‘Probably positive, not massive’ is not very compelling, is it? If all we can say for an $8 billion program is that it ‘probably’ has a positive effect on the outcome we seek, then I think we do have a problem.

4. Terence’s post suggests that there are other ways aid can help overcome poverty other than fostering growth. He argues that aid can help redistribute wealth within a country to those who remain poor when their economy grows. But is that true? I imagine that distribution of wealth in any society is peculiarly tied up with the most intimate details of its political and social structure, and would be very hard for aid to change. So I’d guess that all aid can do is offset the inequalities by giving handouts to those who miss out. But that will not ‘overcome poverty’, just alleviate its effects.

5. Finally, Terence argues that we can help them enjoy better lives even when we can do little to overcome poverty. His PNG graphs make the point perfectly – assuming that some share of the life-expectancy outcome can be attributed to aid. I expect they can.

Australia’s long-running provision of direct health care has made a real difference to millions of people in PNG. But after decades of effort we have never managed to build a national heath system in PNG which can take this job over and one day allow us to stop handing out medicines. So again, our aid program does not overcome poverty, only alleviate its consequences. We are back handing out fish, not nets. This is a legitimate humanitarian aim. But it is not meeting the Hollway Review’s and the Government’s objective for the program.

Does this matter? I’m sure many people would say that as long as we are helping people in need, there is no need to worry too much about whether we are handing out fish or nets. Well, perhaps. But it is still important – for humanitarian, as well as fiscal reasons – to spend the money well to achieve the maximum outcomes. We cannot do that if we are not clear what the outcomes are supposed to be, and I think Terence’s arguments reinforce my sense that, despite the Review, we are still not at all clear what the Government thinks it is trying to do with aid.