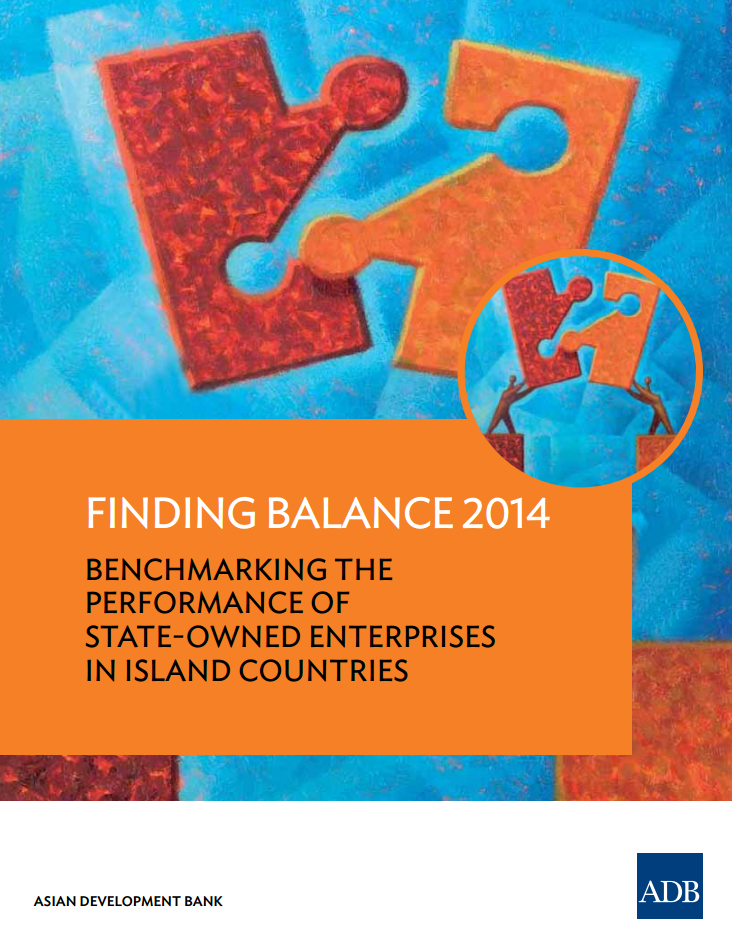 The recent launch of the Asian Development Bank’s (ADB) latest state-owned enterprise (SOE) benchmarking study, entitled Finding Balance: Benchmarking the Performance of SOEs in Island Countries has reignited a healthy debate around the role of the state in island economies. The study compares the performance of SOEs in 9 island countries (Fiji, Samoa, Solomon Islands, Marshall Islands, PNG, Tonga, Jamaica, Mauritius and Cape Verde), over a 10-year period, and measures their impact on economic growth. The results are sobering.

In the 2002-2012 period, none of the SOE portfolios generated a sufficient return to cover their costs of capital. Why is this important? Because when SOEs perform poorly, the economy as a whole suffers. SOEs in island economies are often the sole providers of core infrastructure services (power, water, transport), so when these are of poor quality and insufficient reach, businesses cannot develop and become competitive. By crowding out the private sector and absorbing large amounts of scarce capital stock on which they provide very low returns, SOEs act as a drag on economic growth. 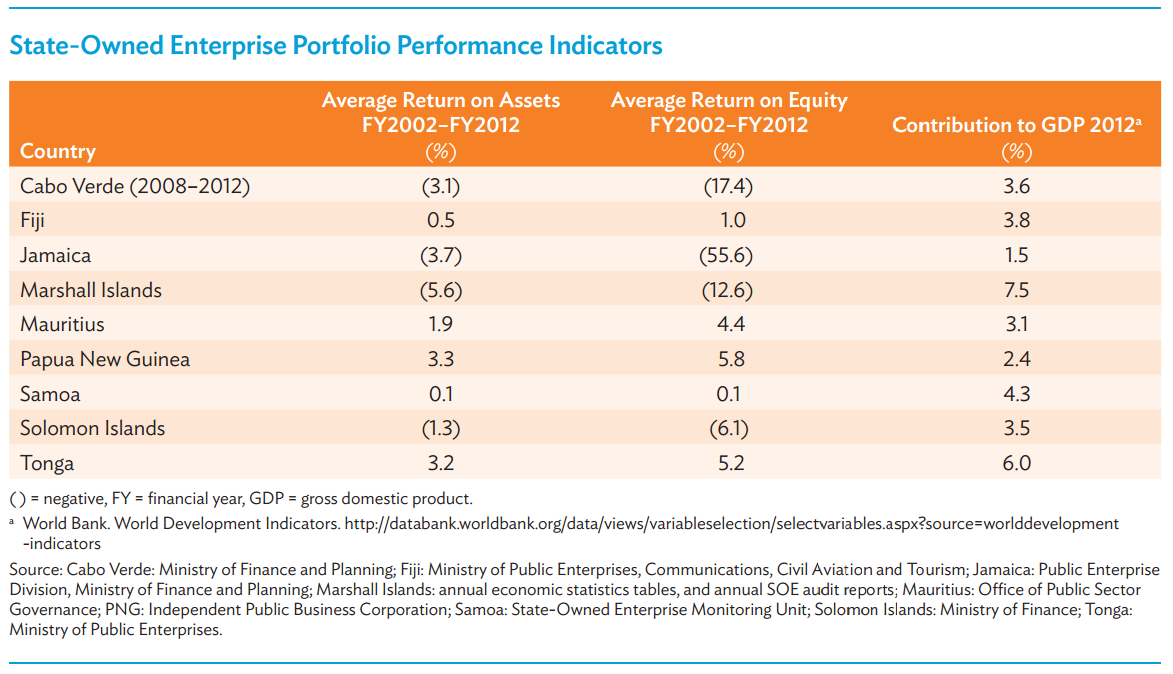 That SOEs tend to perform poorly is perhaps not news. They often suffer from weak governance arrangements, conflicting mandates, the absence of hard budget constraints, and lack of accountability. SOEs do not operate with the same efficiency incentives as private sector firms, and are often directed to deliver community service obligations (CSOs) without adequate compensation. What is news, however, is that island governments are now actively debating the merits of the state-owned enterprise model and role of the state in the economy.

This is certainly evident in PNG, where the announced plans to privatize selected SOEs and recent passage of the Public-Private Partnership Act signal a commitment to increase private participation in the delivery of infrastructure services. The fact is that chronic SOE portfolio underperformance highlights a fundamental flaw in the SOE model: it is not an effective long-term ownership structure. While the model attempts to replicate private ownership demands and dynamics, it never truly replaces the market disciplines that private firms face. As long as SOEs remain under majority public ownership, politicians will avoid commercial decisions with potential short-term political costs. This is what makes SOE reform so difficult to effect and sustain.

Involving the private sector through public–private partnerships and privatization is a much more effective way to sustain improved SOE performance and service delivery. Competition for investment capital means that the private sector will always have stronger performance incentives than the public sector. These incentives should be harnessed to support public service delivery. An increasing number of island countries are realizing that they do not need to own and manage state assets in order to deliver services.

The results of this policy shift can be compelling. In the Solomon Islands, the SOE portfolio has gone from generating an average return of -14% on equity between 2002-2009 to 10% from 2010-2012. It is now the best performing portfolio of the benchmarking sample, having divested 3 SOEs (Soltai, Home Finance Ltd and Sol Print), established a PPP to revitalize Sasape Marina and restructured its largest SOEs so that they can operate on fully commercial terms.

The 2014 SOE benchmarking study is the forth in a series which has been supported by the Pacific Private Sector Development Initiative, a regional technical assistance facility cofinanced by ADB, the Government of Australia, and the New Zealand Government. The studies are now recognized as both an important SOE performance scorecard and a valuable knowledge repository about effective reform strategies. With increased political as well as public awareness of the rationale for and benefits of SOE reforms, it is hoped that the necessary political support can be garnered to see them sustainably implemented throughout the Pacific.

Laure Darcy is a state-owned enterprise adviser to the Asian Development Bank and the co-author of a new ADB report: Finding Balance, Benchmarking the Performance of State-Owned Enterprises in Papua New Guinea.