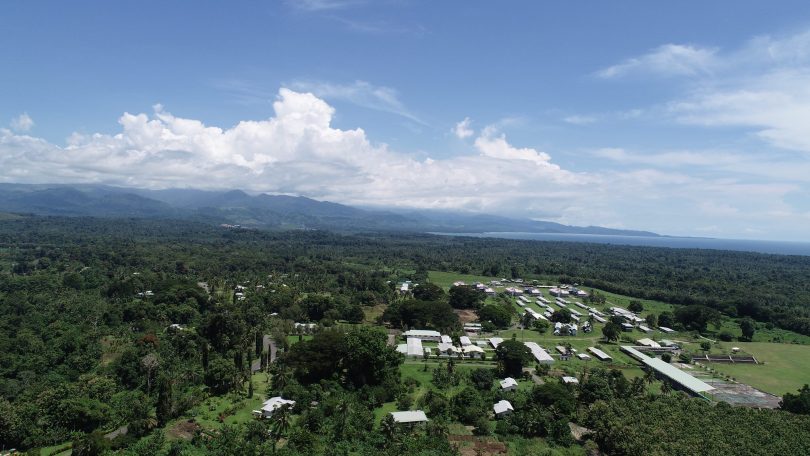 University of Natural Resources and Environment campus in Vudal.

Warren, who only took up his position at UNRE in 2016, was previously Professor of Botany at Aberystwyth University in Wales. It seems, from a letter by Warren released by PNG Attitude, that he resigned after falling out with the University Chancellor and then with the Council. He writes of “the chancellor’s repeated threats to report me to the police,” and of a report he received that a court order was to be served on him.

UNRE is clearly a troubled institution. The previous Vice Chancellor had his appointment terminated following allegations of mismanagement of funds, and was referred to the fraud squad following allegations made by Rabaul MP, Dr Allan Marat. University students protested last year following the re-appointment of two senior staff. Students are once again protesting, this time at Professor Warren’s departure.

Earlier in the year, Unitech Vice Chancellor Albert Schram was arrested shortly after resigning. He had his passport confiscated on a trumped-up charge. This unfortunate turn of developments was engineered by a former senior Unitech leader Schram had earlier crossed. It took about three weeks, and various court hearings, for the former Vice Chancellor to get his passport back and leave the country.

Warren says that the treatment of Schram motivated him to leave PNG without delay to avoid becoming entangled with the police and the courts. He writes that “[a]lthough the charges were ludicrous, all the advice I received (in the light of the Albert Schram case) was that I should leave PNG as quickly and quietly as possible.”

The handling of both the Schram and the Warren cases will have a devastating impact on the reputation of PNG’s higher education sector.

There are too many powerful individuals in PNG who use the legal system as a form of harassment. The damage to both justice and the national interest is immense.