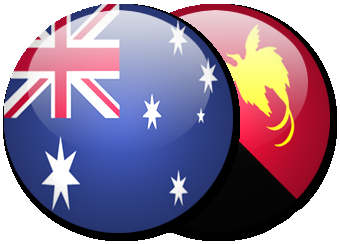 On 12 and 13 April the Alfred Deakin Research Institute held a conference in Geelong about Papua New Guinea’s future.  The conference was well attended by Australian and Papua New Guinean researchers and others engaged in public policy including Australia’s Parliamentary Secretary for Pacific Island Affairs, Hon Richard Marles, Parliamentary Secretary for Defence, Senator David Feeney, PNG Minister for the Public Service, Hon Bart Philemon, Leader of the Opposition, Dame Carol Kidu and PNG High Commissioner to Australia, His Excellency Charles Lepani.  This blog outlines some of the development issues of particular interest to the Development Policy Centre (and the subject of DevPolicy blogs during 2012) that were discussed at the conference.

Capturing the benefits of the mineral resources boom

The conference’s main themes were the political transition in Papua New Guinea and the massive economic and development opportunities that will result from current and planned investments in LNG and other mineral resources.  Establishment of the Sovereign Wealth Fund was seen as a good start to better managing the financial resources PNG needs to convert government revenues from the boom into improved education, health and infrastructure across the country.  However, participants were generally pessimistic about the quality of political and bureaucratic leadership and governance, the rule of law and the capacity of the public sector to provide basic services.  These challenges emphasised the difficult path ahead for PNG to successfully turn the resource boom into development benefits. While strong political leadership was consistently raised as an important catalyst for change, the need for effective management of increased revenues from senior bureaucrats in Waigani right down to administrators of schools and health centres in rural villages was considered to be of equal importance.

Bart Philemon’s dinner address drew on his long experience in PNG politics including as treasurer.  He noted the very large increases in the national government budget over the past nine years and the lack of resulting improvements in services.  Indeed throughout Papua New Guinea deteriorating infrastructure, education and health services was commonplace and state-owned enterprises were debt-ridden and politicised.  With government coffers expected to be awash with cash for the foreseeable future as a result of LNG investments, the Minister outlined two priorities to reverse recent trends — a capable and effective public service and responsible management of government finances.  Achieving these would require a change in political leadership in Papua New Guinea.

One of the conference themes, Securing a Prosperous Economy, included presentations on challenges mining operations pose for local communities.  Ms Sisa Kini, Social Impacts Coordinator at Esso Highlands Limited, outlined the community development approach taken by the PNG LNG project.  She noted that PNG’s experience with resource projects generally was that local communities  benefitted  in terms of improved services and livelihoods only after a lengthy period and then only if the operator was successful in developing strong local partnerships and building the capacity of local authorities and communities.

Associate Professor Steven Allender, Deakin University, presented early results from a case study of health indicators in Lihir, New Island Province, ten years after the start of gold mining operations.  The study finds evidence that the burden of chronic disease will rise in coming years as a result of increased obesity among populations employed by the mine compared with those living a traditional life.  Experience elsewhere in the world suggested community-based approaches were likely to be the most successful in curbing and managing these emerging diseases.  Discussion on these findings highlighted the importance of maintaining a balance in assessing the impact of mining at Lihir, bearing in mind that while there was a risk of emerging first-world diseases there were also benefits in terms of communities’ basic health and nutrition as incomes rose and health services improved.

Ms Phillipa Carr, Australian National University, also focused on community-based approaches that would be needed to address the likely re-emergence of food security problems in villages along the Fly River in Western Province once mining at Ok Tedi ends and communities no longer have access to regular royalty and compensation payments.  Carr suggested that the Ok Tedi Fly River Development Program and PNG Sustainable Development Program were addressing the issue, but there was room for them to cooperate more effectively.

Role of agriculture and the informal sector

A number of presentations and discussions challenged the dominance of the resource sector (minerals, logging, fisheries) in the current dialogue about PNG’s economic and development future.  Dr Mike Bourke, State Society and Governance Project Australian National University, reminded participants that 81% of PNG citizens live in rural villages — for them agriculture is the key driver of welfare.  It provides most of the food consumed in PNG and is the most important source of cash income for the rural population.  Bourke also pointed out that child mortality, a proxy for poverty, was highest in areas where the agricultural environment was poorest.  Bourke argued that a prosperous PNG would require governments and mining companies to pay more attention to supporting a broad-based economy with a strong agricultural sector.

Research by Ms Victoria Stead, Globalism Research Centre RMIT University, in the Madang area found that incomes from informal sector employment (agriculture and fishing) were considerably more lucrative than formal sector jobs in the tuna cannery.   She argued that planned new tuna canning facilities would lead to reduced opportunities in the informal sector (through land acquisition and disturbed fish stocks) which could undermine rather than enhance local livelihoods.  In contrast, Mr Tim Sharp, State Society and Governance Project Australian National University,  argued in his tracing of the large, flourishing and often lucrative betel nut trade, that people are exiting the formal economy in search of ‘green gold’ which provides a substantial source of cash income for both rural and urban dwellers.

Professor Mark McGillivray, Alfred Deakin Research Institute, highlighted the diversity in human development across Papua New Guinea. Using data from the PNG National Research Institute’s Provincial and District Profile (here [pdf]), McGillivray was able to adapt the UNDP Human Development Index (HDI) for PNG’s administrative structure.   He reported HDI scores for PNG’s provinces and districts and compared them with national HDI scores across developing nations.  His finding that the diversity in HDIs that exists within PNG is comparable to that found across the whole of the developing world suggests that a one-size-fits-all development approach in Papua New Guinea is unlikely to take appropriate account of local context.

Dr Thomas Webster, Director of PNG’s National Research Institute, argued for progressive change in Papua New Guinea tailored to local circumstances rather than big changes imposed at the national level.  He advocated for more case study research, multi-disciplinary approaches and a sustained long-term commitment by researchers – given PNG’s diversity, solutions to problems were likely to vary widely across geographic and cultural contexts.  Other speakers made similar points – Professor Ross Garnaut, Vice-Chancellor’s Fellow and Professorial Fellow in Economics University of Melbourne, noted the need to take a long-term approach to building PNG’s research capacity and Professor Alan Easton, acting vice-chancellor of UPNG, pointed to some of the big questions for PNG (education, food and water security, health and family planning, climate change, sustainable resource use) all of which required a multi-disciplinary research approach.

The Conference was a good opportunity for researchers from several Australian and Papua New Guinea institutions (University of Papua New Guinea, Divine Word University and Pacific Adventist University) to come together and discuss Papua New Guinea’s future with political leaders, government officials and journalists.  Concurrent sessions on the State, Economy and People ensured that a wide range of topics were discussed during the two days of the Conference.

For detailed information on the Conference program and presenters click here.  Conference papers will be available in due course on the Alfred Deakin Research Institute’s website, and a selected collection of the papers will be published in an edited book in the coming months.

Margaret Callan is a Visiting Fellow at the Development Policy Centre. Colin Wiltshire is Project Manager for the PNG Budget Analaysis and Expenditure Tracking Research Project that Devpolicy is undertaking with PNG’s National Research Institute.